On Wednesday, Gov. Newsom, who is facing a recall election in September, signed into law Senate Bill 144, which expands California’s film and television tax credit program by $330 million, bringing the available money for productions shooting in the state to $660 million over the next two years.

The bill also rewards certain productions that promote diversity. Of the $660 million, $150 million is set aside for productions that shoot on newly built sound stages in Los Angeles County. Those productions can receive extra tax credits if they meet certain diversity criteria.

California’s tax credit program is intended to lure productions away from Georgia, New York, and other states that offer generous financial incentives. While production activity creates local jobs and helps ancillary businesses like hotels and restaurants, state incentives are often controversial because taxpayers bear the financial burden and the net benefit to the state is often unclear.

Newsom touted the program at a signing event on Wednesday, noting the state can afford to increase incentives thanks to a budget surplus. As Breitbart News has noted, California’s tax revenues did well in 2020 because the state’s tax system is heavily dependent on a relatively small number of wealthy individuals, including Silicon Valley executives.

Today, Gov. @GavinNewsom signed SB144 into law which makes investments to CA’s Film & TV Tax Credits to retain & bring back production to our state, build new sound stages, create union jobs AND incentives for increased diversity for below & above the line workforce. 🎞 pic.twitter.com/vK09ep9K35 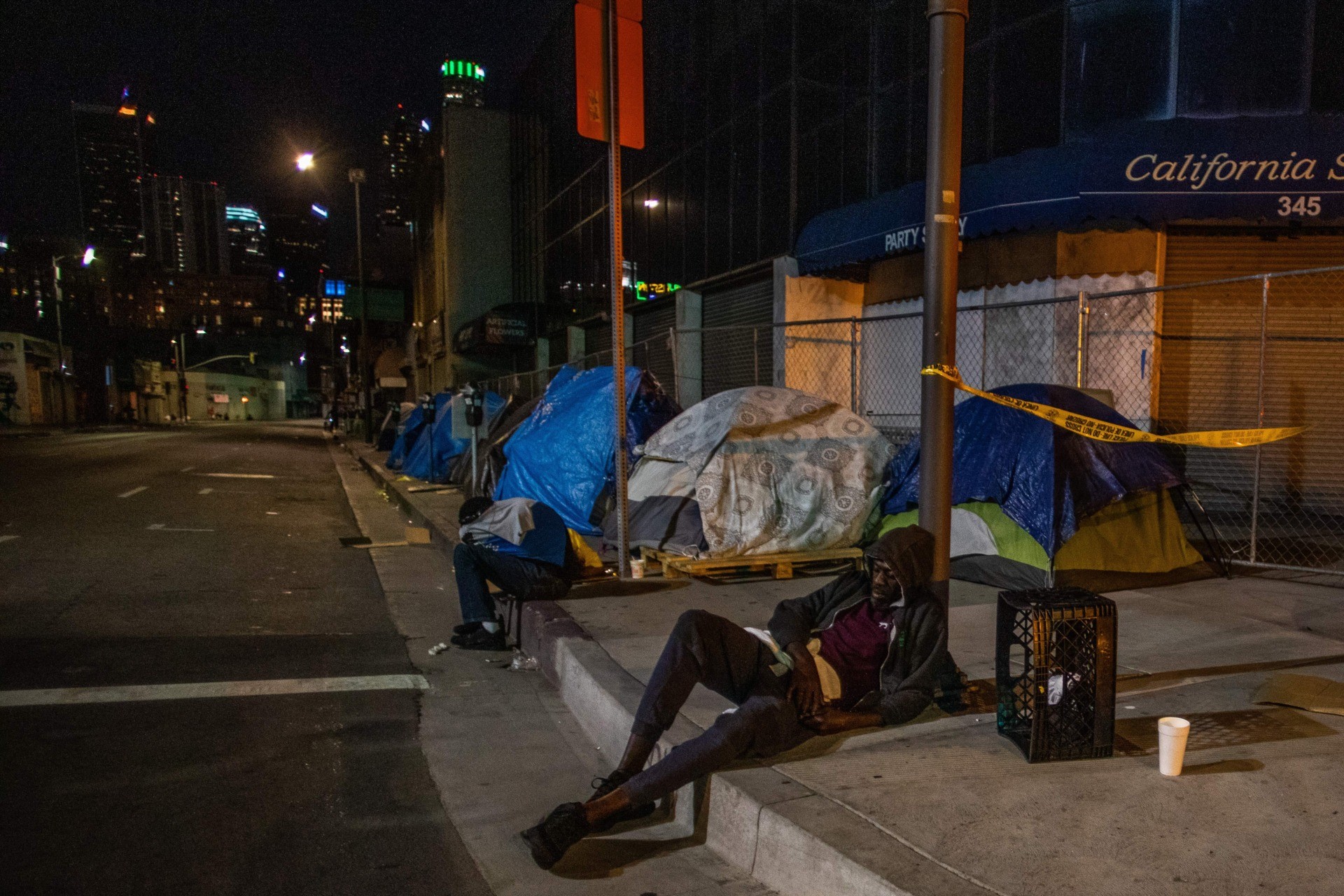 Homeless men are seen sleeping on the street of Skid Row during the COVID-19, Coronavirus pandemic in Los Angeles, California on May 16, 2020. (APU GOMES/AFP via Getty Images) 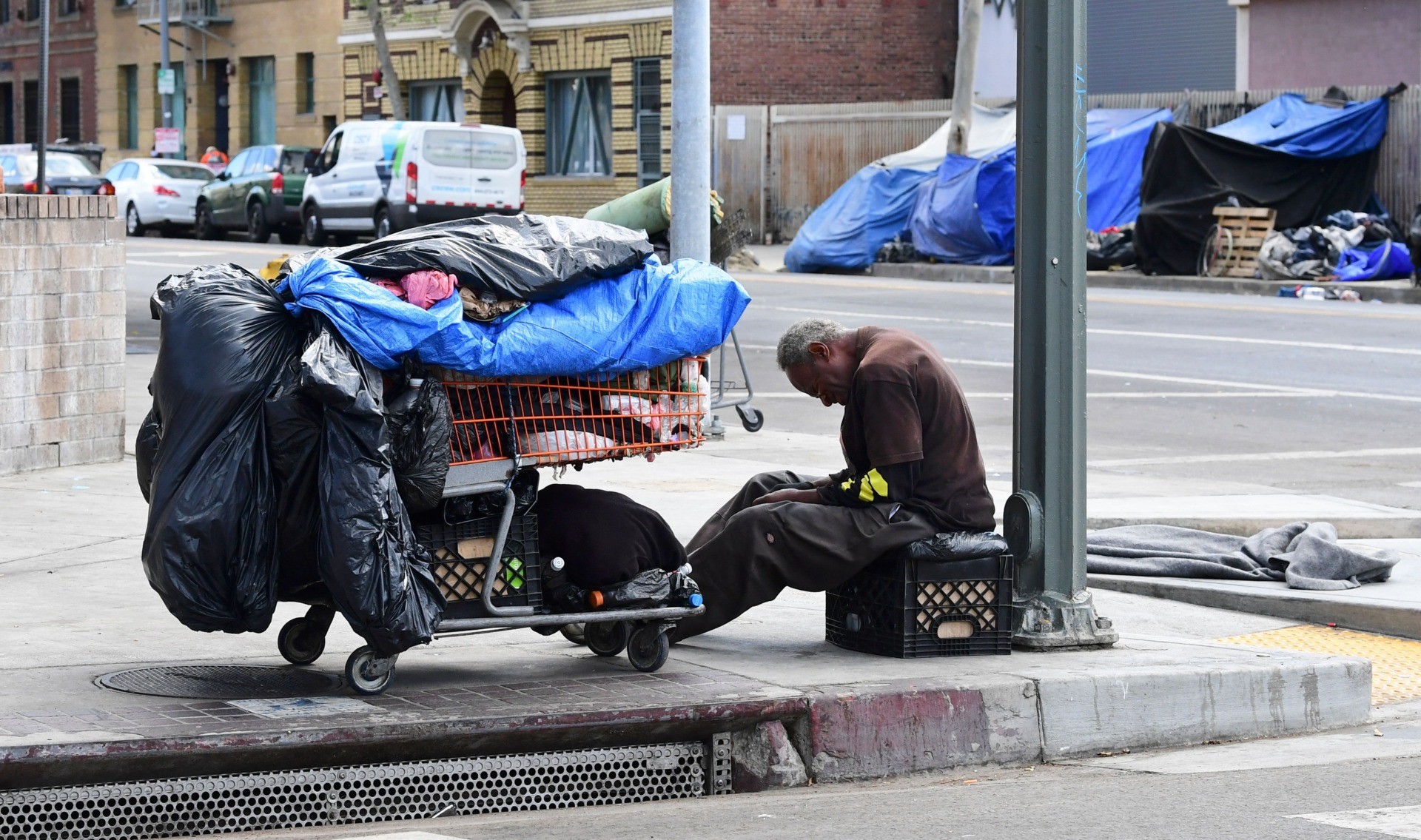 A homeless man sits beside his belongings on the streets in the Skid Row community of Los Angeles, California on April 26, 2021. – A federal judge overseeing a lawsuit that seeks to end the city’s Skid Row homelessness crisis isn’t backing down from his order requiring that all indigent persons in the area be offered shelter within six months. (FREDERIC J. BROWN/AFP via Getty Images)

The gubernatorial recall vote comes as California has become mired in high crime, with prosecutors in Los Angeles and San Francisco taking a lenient attitude toward lawbreakers.

Violent crime is soaring throughout the state, with L.A. seeing a 186 percent increase in murders so far this year. L.A. County District Attorney George Gascon (D), who was backed by George Soros, has declined to prosecute a range of offenses, including resisting arrest and trespassing. 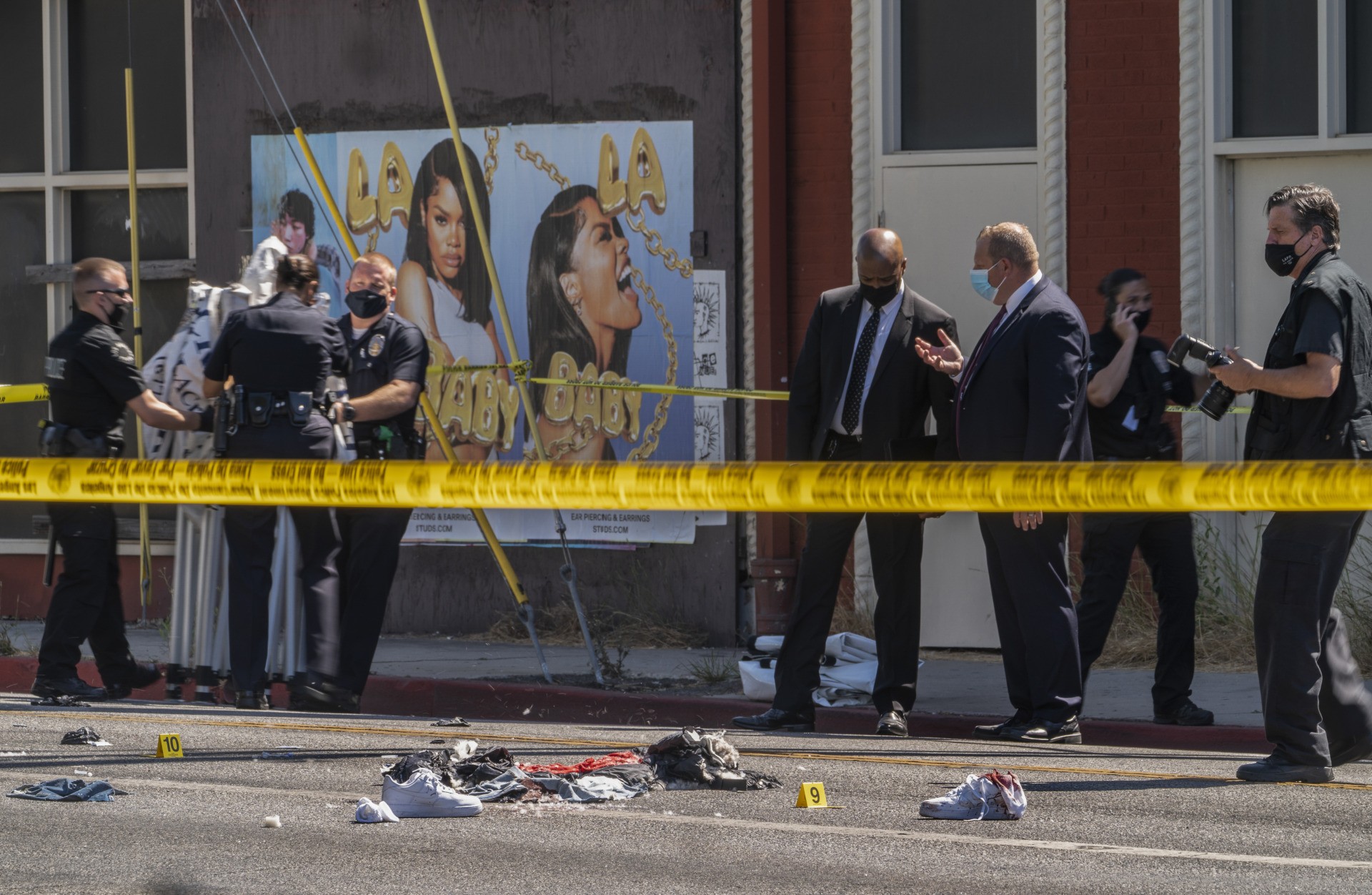 In San Francisco, lawmakers have declined to prosecute thefts worth less than $950, resulting in a city-wide shoplifting spree that has forced stores to shut their doors.

California voters have become increasingly fed up with Newsom’s inability to solve the homelessness crisis, which has seen an enormous influx of homeless encampments into once safe neighborhoods, as well as the perennial wildfires that cause billions of dollars in damage each year.