UK-born rapper 21 Savage turned himself in to authorities in Georgia on Thursday to face felony gun and drug charges and may also face federal immigration violations, according to reports.

The rapper’s attorney, Charles Kuck, insisted that the charges are just another example of the harassment campaign launched against his client by Immigration and Customs Enforcement (ICE), according to xxlmag.com.

“Last night’s manufactured charges are yet another example of how our justice system, from ICE down to the local level, unjustly targets young Black men who seek to exercise their rights,” Kuck reportedly said. “There is no legitimate basis for these charges nor for ICE’s continued antics, and we will fight until Mr. Joseph is justly vindicated.”

The rapper, who attack former President Donald Trump in his rap lyrics and music videos (see below), was arrested by ICE in February of 2019 and charged with failing to return to Britain after his visa expired back in 2006. 21 Savage’s immigration status was further complicated by a felony drug conviction in October of 2014 in Fulton County, Georgia.

The “Knife Talk” rapper, who was born in the UK as Sha Yaa Bin Abraham-Joseph, was released on bond and then vowed to fight the charges saying that he was brought to the U.S. as a child in 2005, and therefore was unaware of his visa violations.

The 28-year-old rapper further claimed that he was the object of a harassment campaign because, “I’m 26, and I’m rich,” and added, “I represent poor black Americans and I represent poor immigrant Americans.” 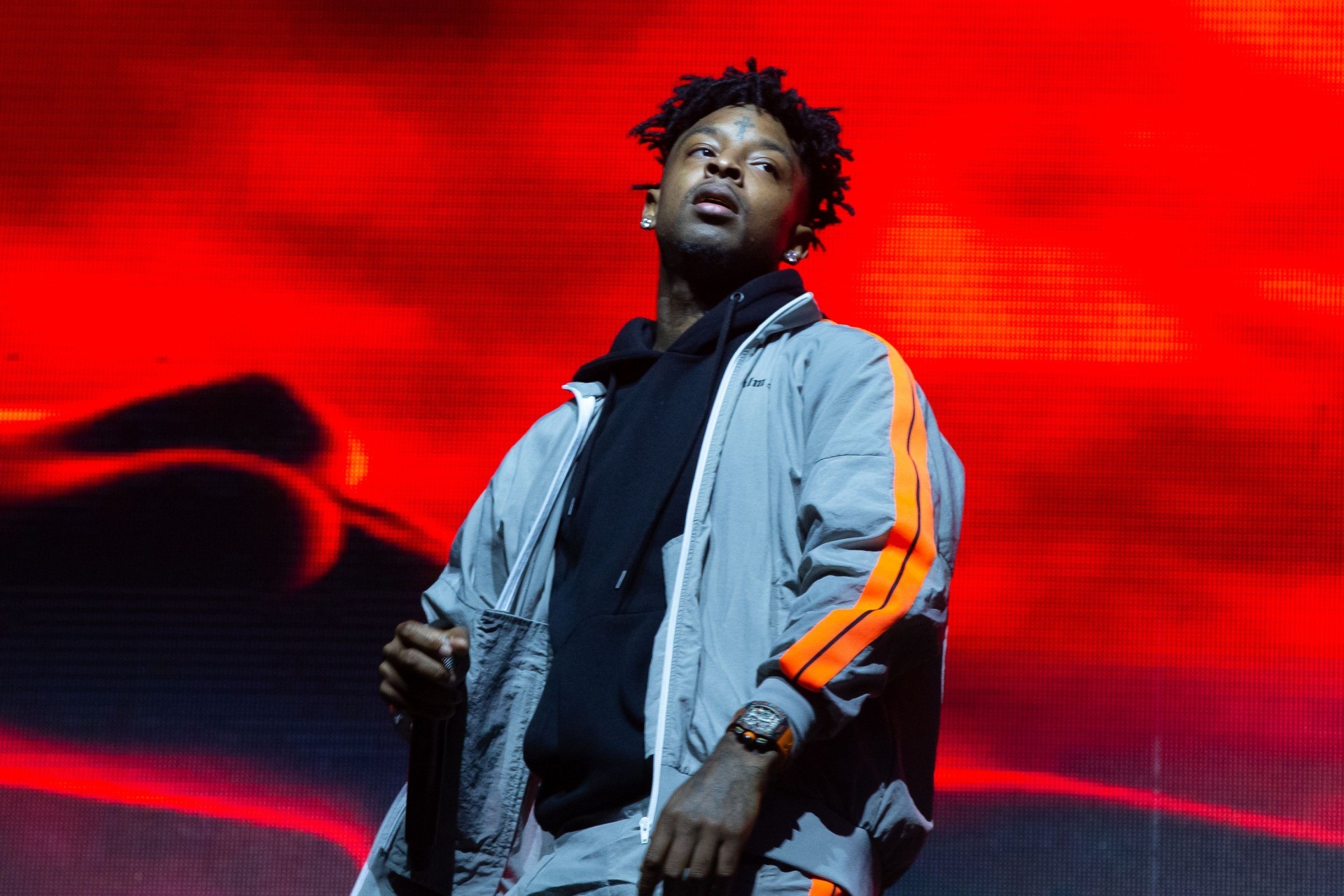 The latest charges stem from a 2019 incident in which the rapper purportedly tossed a bottle that later tested positive for traces of the illegal drug codeine and that he had an illegal gun in his car when he was arrested.

Kuck, though, claims that ICE urged Fulton County authorities to proffer these latest charges and arrest the rapper with the sole goal of harassing his client.

“The warrant appears to have been sought at the behest of ICE, as the warrant was issued in the eve of an Immigration Court hearing in Mr. Joseph’s deportation proceeding, and is based upon events that transpired on the evening that ICE arrested Mr. Joseph over 2 and one half years ago,” Kuck said. “There can be no doubt that ICE is seeking to cover its own errors in detaining Mr. Jospeh by pushing trumped up charges against him and seeks to stop him from obtaining lawful permanent residence in the United States.”