In an interview with George Stephanopoulos (D-ABC), actor Alec Baldwin claims he “didn’t pull the trigger” on the gun that killed one person and wounded another.

“No, no, no, no, I would never point a gun at anyone and pull the trigger at them, never,” Baldwin said in a clip from an interview scheduled to air Thursday night.

“The trigger wasn’t pulled. I didn’t pull the trigger,” he added.

Asked by @GStephanopoulos how a real bullet got on the "Rust" set, Alec Baldwin says: “I have no idea. Someone put a live bullet in a gun. A bullet that wasn’t even supposed to be on the property.”

Santa Fe Sheriff Adan Mendoza, who heads the law enforcement agency investigating the shooting, told Fox News, “Guns don’t just go off. So whatever needs to happen to manipulate the firearm, he did that, and it was in his hands.” 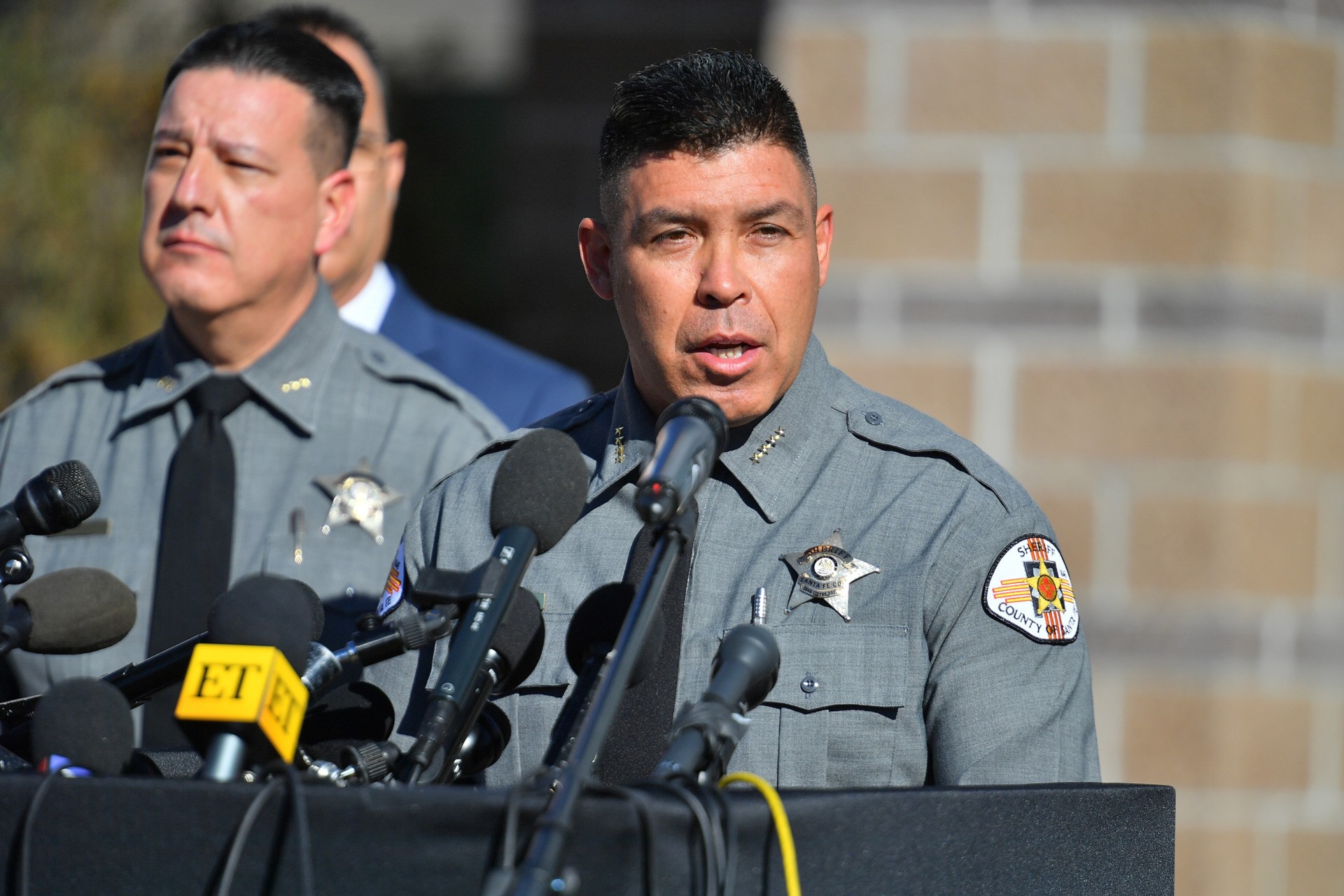 Santa Fe County Sheriff Adan Mendoza speaks during a press conference at the Santa Fe County Public Safety Building to update members of the media on the shooting accident on the set of the movie “Rust” at the on October 27, 2021 in Santa Fe, New Mexico. (Sam Wasson/Getty Images)

From what we know so far, Baldwin was rehearsing a cross draw from a seated position. This means he was drawing the pistol from the opposite side of his gun hand, probably pulling it from his belt.

We also know the gun was a .45 Colt revolver, and because he was filming a Western, it was probably a single-action revolver. Regardless of whether it’s a single or double-action, the sheriff is correct: guns don’t just go off. For any kind of gun to just go off without being manipulated in some way by the person holding it…. Well, that seems like an impossibility. What kind of malfunction would do that?

If Baldwin were holding a single-action Colt, in order for it to fire, he would have to 1) pull back the hammer and 2) pull the trigger. Let’s say the gun was already cocked when he drew it. Even then, it’s not going to go off unless you pull the trigger. On a single-action revolver, you can’t even accidentally snap the hammer and hit the primer that ignites the gun powder that fires the bullet. The primer is shielded from being accidentally popped by the hammer. Pulling the trigger is what removes that shield.

A single-action revolver will not fire unless the trigger is pulled and the hammer is cocked. Period.

But even if Baldwin was holding a double-action revolver, a gun where you do not need to pull back the hammer, where pulling the trigger does both things — pulls back the hammer and fires it — the chances of the gun going off on its own are… I just don’t see it in this case. You would have to do something like drop the gun on a hard surface (like concrete). The hammer would have to hit first, and maybe the force of the blow on the hammer would fire the primer. Maybe.

But Baldwin was drawing a gun, which doesn’t create a situation where the hammer might get hit hard enough to fire the primer.

And if the gun somehow got snagged, or the hammer hit something hard during the draw, like a belt buckle, he would have shot himself—the gun would’ve been aimed down. The two people Baldwin accidentally shot were standing across from him.

So what is Baldwin talking about when he says he didn’t pull the trigger? That’s quite a claim to make when you are about to be shoved into the maw of numerous lawsuits and the possibility of a criminal charge.

As Jonathan Turley says, “The ABC interview locks him into an absolute denial of pointing the gun and pulling the trigger. That is a considerable risk when the investigation is not complete, and Baldwin’s counsel does not know what the forensic and eyewitness testimony will say.”

The only thing I can think of is that Baldwin’s going to argue that he didn’t INTENTIONALLY pull the trigger, that the Colt’s trigger pull was too light. All he did was TOUCH it, and BOOM!

The pull on older revolvers can be pretty light, two pounds compared to a modern gun, which can be closer to five pounds.

So he can say, I didn’t pull the trigger. My finger was on it, and it went off.

It’s a semantics game, but there you go.

Of course, there might have been some sort of wild malfunction no one can imagine.

What bears repeating is this… This was an accident, and Alec Baldwin did not put the live round in that gun. Additionally, he was assured by the assistant director that he had a “cold gun,” which means nothing should happen when you pull the trigger — no blanks, no nothing. So, yes, this was a terrible terrible accident, and Baldwin is another victim of this accident. I feel for the guy.

Nevertheless, negligence is negligence, and he pointed an operational firearm at someone. From what we know, it also sounds like he failed to check the gun himself. I’m not saying throw away the key, or he should go to prison or anything like that. But even if the gun did go off by itself (which is unlikely), he was still pointing it at people, and the first rule of firearms is that you never ever do that.