Gun control pusher and Joe Biden supporter pop star Harry Styles — who posed in women’s clothing for Vogue — encouraged a fan to “come out” at a concert in Wembley, England, on Sunday night, proclaiming, “You’re officially gay, my boy!”

During the concert, Styles saw a concertgoer with a sign, which read: “From Ono to Wembley: Help me come out.” The singer then took the sign, and held it up on stage, for the audience to see.

“So, you would like the people of Wembley to bring you out?” Styles asked the fan, to which he apparently received an affirmative response, as the singer then pulled out a rainbow flag, and said, “Make some noise for Mattia, everyone.”

“When this flag goes above my head, you are officially out, okay?” Styles said, holding the rainbow flag out to his side.

“I think that’s how it works,” he added. “When this [flag] goes over my head, you’re officially gay, my boy.”
Styles then ran back and forth across the stage with the rainbow flag to the sound of a drumroll, before eventually lifting it above his head, eliciting a response of cheering from the audience.

“Congratulations, Mattia, you are a free man!” the “Watermelon Sugar” singer then declared, before blowing a kiss. 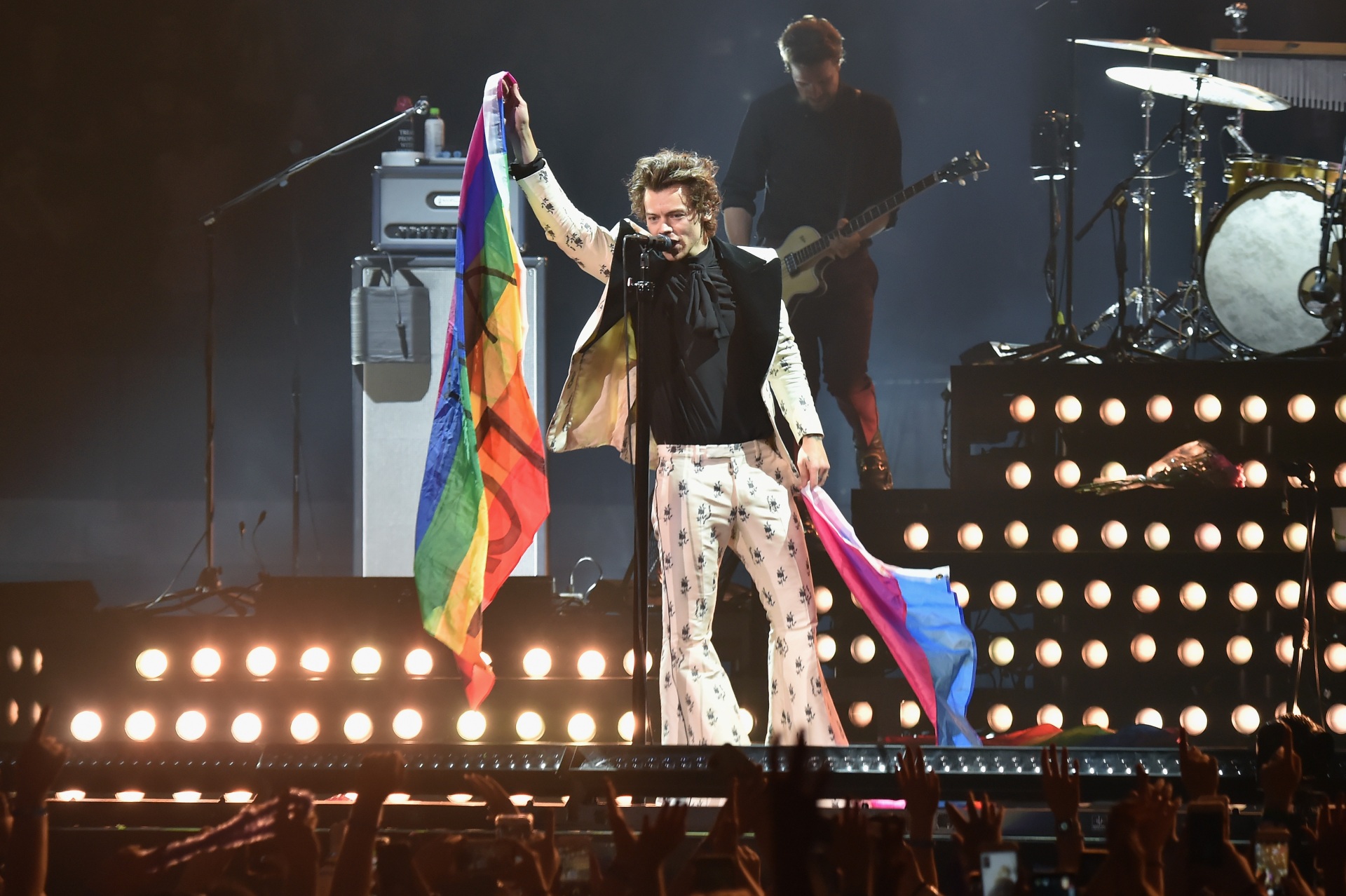 This is not the first time Styles has told a crowd at one of his concerts that an attendee is gay.

In November, the singer saw a sign in the crowd while performing in Milwaukee, Wisconsin, which read: “My mom is in Section 201. Help me come out,” according to a report by Yahoo! Entertainment.

Styles then reportedly stopped the music to talk with the fan, McKinley McConnell, and asked, “What would you like to tell your mother? I can tell her if you’d like.”

“Okay, do you want to tell her, or should I tell her?” Styles asked again, to which the singer apparently received an affirmative response from McConnell, as he then said, “I can tell her, yeah, no problem.”

“Lisa, she’s gay!” Styles proclaimed. McConnell’s mother was then reportedly seen covering her face with her hands, before blowing kisses to her daughter.

Last year, Styles introduced a non-gendered beauty brand, called “Pleasing,” which was inspired by the products he uses for his own beauty routine.