Comedian Chelsea Handler smeared Republicans while guest hosting for Jimmy Kimmel Monday on Jimmy Kimmel Live!, comparing the GOP to O.J. Simpson, and claimed Republicans are not pro-life because they support the Second Amendment.

“I will be here all week long, or at least until Republicans make it illegal for women to talk,” Handler said at the beginning of her monologue. “Jimmy is off right now doing whatever the fuck he wants with his body.”

“At this point, I probably have more rights if my vagina was an AR-15,” Handler added — a peculiar comment, unless the comedian believes that she would have more rights if she had to go through a background check before her vagina is bought and sold.

“As some of you may have heard, the Supreme Court overturned Roe v. Wade on Friday,” Handler continued. “Friday’s decision has made me a very strong advocate of the ‘pull-out’ method, which is when you pull Clarence Thomas out of the Supreme Court.”

The Joe Biden 2020 backer then referred to Justice Thomas as a “pig,” and said that she wonders who would ever marry someone like him. 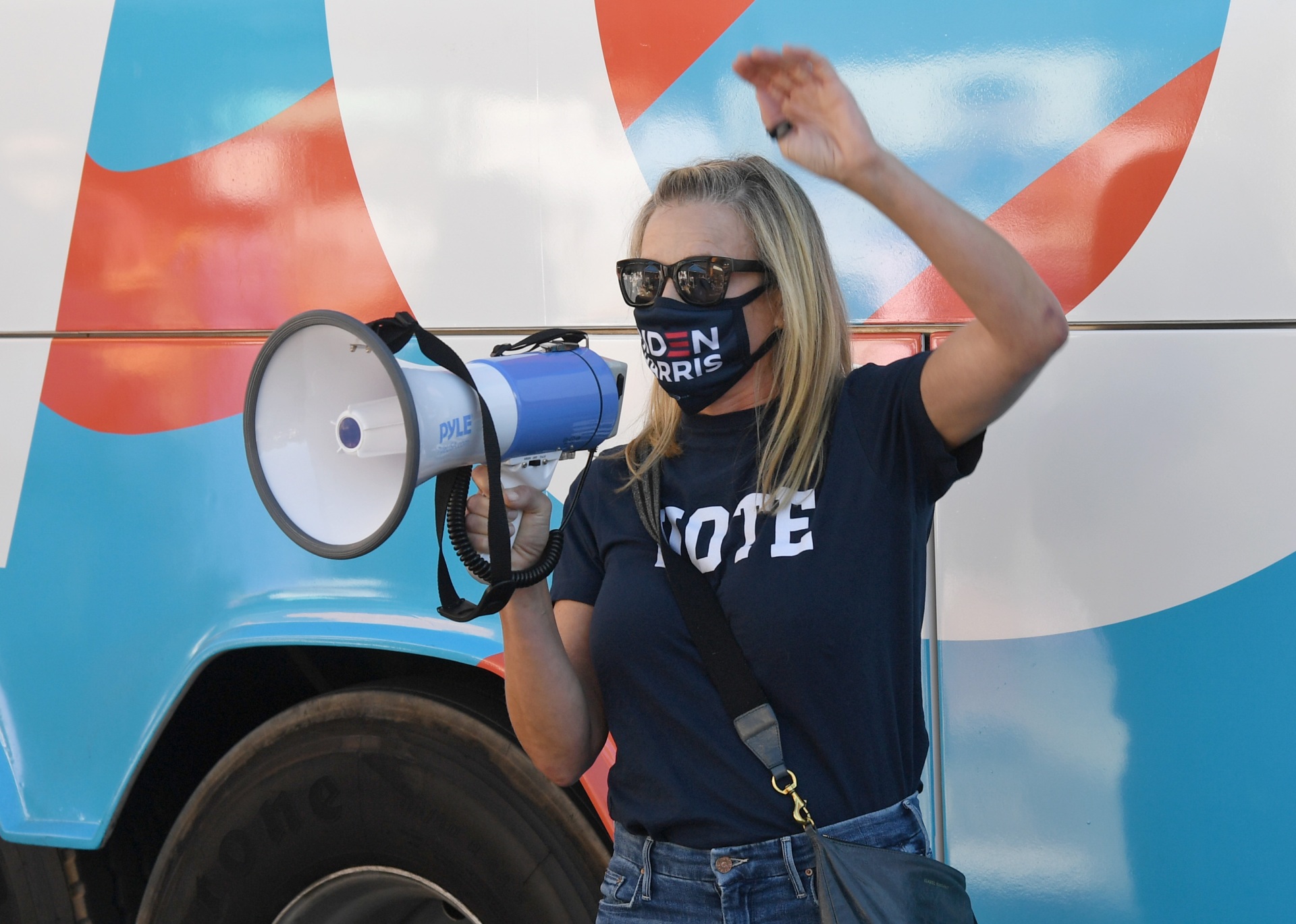 Comedian/actress Chelsea Handler speaks as she campaigns for Joe Biden and Kamala Harris at a get-out-the-vote canvass launch outside a Biden-Harris field office on October 31, 2020 in Henderson, Nevada. (Ethan Miller/Getty Images)

The Jimmy Kimmel Live! guest-host went on to claim that it is “pro-life” to implement cradle-to-grave government-funded health care, as well as infringe on unalienable rights such as the Second Amendment — before comparing pro-lifers to O.J. Simpson.

“But your party opposes all of those things,” Handler added. “Calling Republicans pro-life is like calling O.J. Simpson pro-wife.”

“Don’t drag God into this, okay?” Handler said. “No God would be onboard with Marjorie Taylor Greene. Even Jesus Christ is like, ‘Jesus Christ, you’re awful.'”

Handler then shared that she herself has had three abortions while in high school, “because here’s the thing, this planet is a much safer place without me polluting it with my children.”