One of Hollywood’s most active Democrat cheerleaders and super-spreaders of fake news against conservatives, Debra Messing, has bid “goodbye” to Twitter and appears to have deleted her account less than a week from the midterm elections and on the heels of Elon Musk’s acquisition of the social media platform. 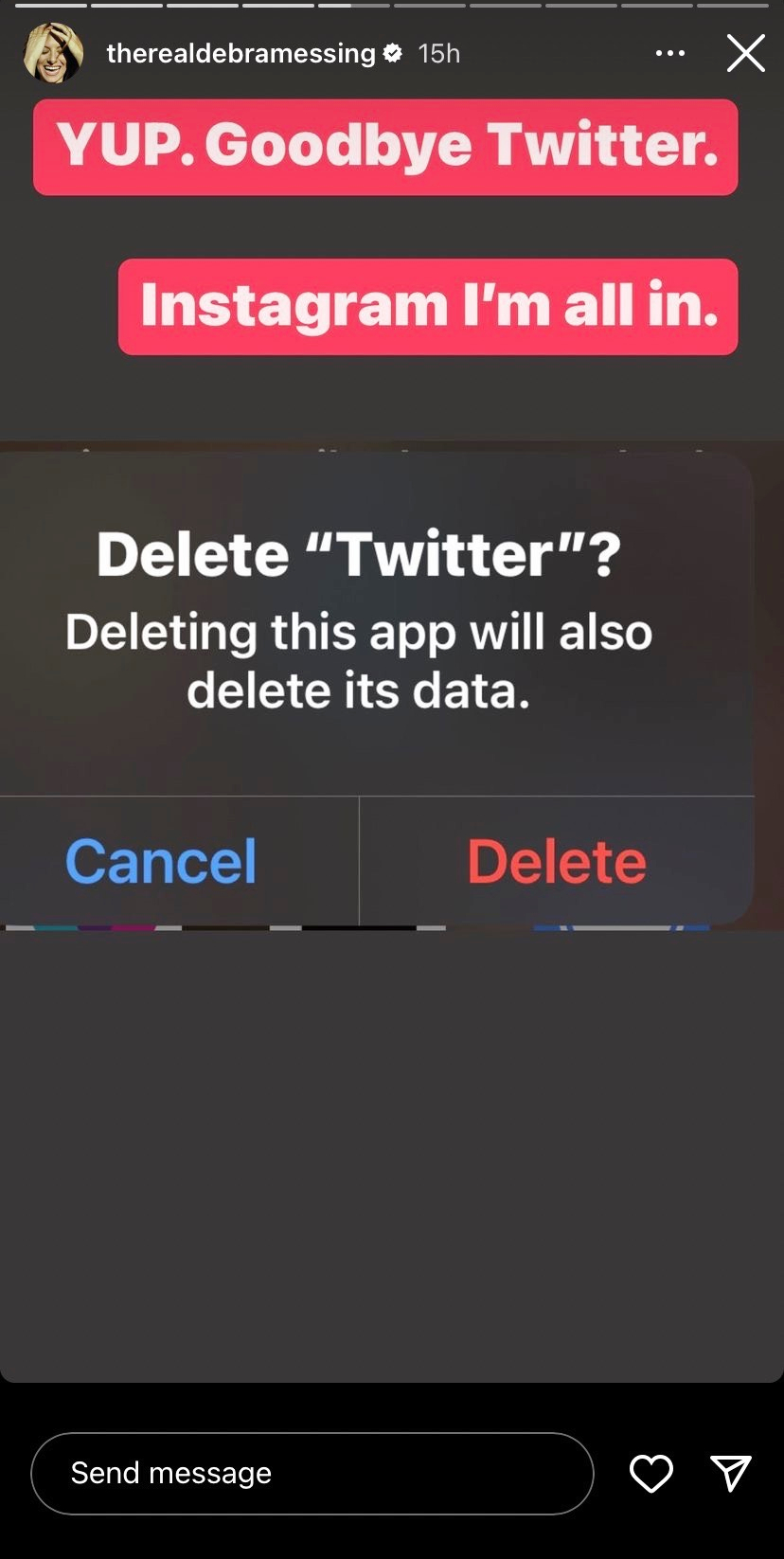 In April, Messing begged fellow Democrats to remain on Twitter until after the midterm elections in November, seemingly sensing that a Democratic Twitter exodus over Musk’s acquisition would only worsen the party’s already poor outlook for the midterms.

Her abandonment of Twitter comes a few months after reports suggested Messing was fed up with President Joe Biden’s failures.

Messing reportedly put her buyer’s remorse on full display during a White House conference call for celebrity influencers by yelling and claiming that she had gotten Biden elected. The left-wing actress also demanded to know why she was being asked to do anything at all, claiming there didn’t even seem to be a point to voting.

She later issued a statement claiming she still supported Biden.

Debra Messing amassed close to 700,000 followers on Twitter, fueled by her regular rage posting against conservatives, especially former President Donald Trump.  The actress used Twitter to wish violence on Trump and even posted a doctored photo of Adolf Hitler in an attempt to conflate Hitler and Trump.

As Breitbart News reported, Messing used her Twitter account to incite an online cancel mob against a stand-up comedian who was booked to appear on a tour to entertain U.S. troops overseas. She falsely accused comedian Derek Richards of being “anti-vax” and “anti-LGBTQI,” and of supporting insurrection against the government.

Richards denied the accusations in an interview with Breitbart News.