There was a time when Oscar heat meant big bucks at the box office, when Oscar talk would boost a movie no one was paying attention to into profitability and beyond. Again and again, what was known as the “Oscar effect” would kick in, and cash registers would clang.

Well, believe it or not, there was a time when the Oscars were trusted as an imprimatur of quality, a reliable signal of something special, and as guaranteed bang for the hard-earned buck.

As Oscar talk increased in intensity, interest and box office receipts would grow. Hey, look at all the nominations/wins/talk. This must be a movie worth seeing.

The Academy Awards used to be a shared experience, something CEOs and janitors had in common, something they could discuss in the elevator or break room. Tens of millions wanted to be a part of that conversation.

Well, those days are behind us.

Here is the domestic box office for this year’s titles enjoying the most Oscar talk.

Top Gun: Maverick and Everything Everywhere All at Once might be nominated, but their status as box office successes had nothing to do with Oscar talk. If anything,  it’s the other way around: their box office success won them some Oscar heat. 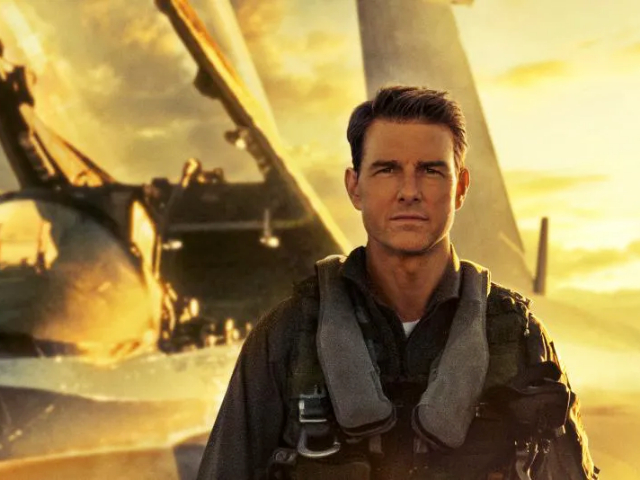 Top Gun: Maverick is on its way to $700 million domestic. (Paramount Pictures)

The most shocking title on that list is The Fabelmans. Those of us of a certain age can remember when Oscar talk around a Steven Spielberg movie would have had people flocking to theaters, especially over Thanksgiving weekend (when Fabelmans opened). Spielberg guaranteed that magic cinematic experience we all crave.

There are only two movies on that list I’m interested in seeing: TAR, for sure, and The Banshees of Inisherin. Other than that? Nope, nope, nope… Life’s too short, and I have too many Blurays sitting around.

So why are these movies flopping?

Well, you can no longer blame the pandemic, not when Top Gun: Maverick makes $716 million domestic. Not when Everything Everywhere All at Once makes $70 million domestic. You also can’t claim older audiences aren’t showing up when older people have already proven they will brave the post-pandemic world if Hollywood bothers to produce something they want to see.

You can’t blame streaming. Streaming has been a thing for a decade.

Hollywood changed. Hollywood went woke and, in doing so, lost the trust that once came with the Oscar brand.

Over the past few years, American audiences have been burned so many times and sucker punched so many times we no longer trust “important” or “critically acclaimed” movies to do what they once did, which was to move, enlighten, entertain, inform, and appeal to our better angels. Instead, we know what’s coming… a smug lecture where we’re yelled at for being racist, sexist, and homophobic. A heavy-handed approach where you can tell the good guys from the bad guys based solely on skin color, religion, gender, or how they vote. Virtue-signaling instead of subtlety and theme… Stridently arrogant and angry protagonists instead of someone relatable, humble, and sympathetic. And if any sex is allowed, it will be gay sex.

Over the Thanksgiving weekend, I watched my Bruce Lee collection. What struck me was The Way of the Dragon (1972), which Lee wrote and directed, something he had the power to do after his previous two features made him an international superstar. 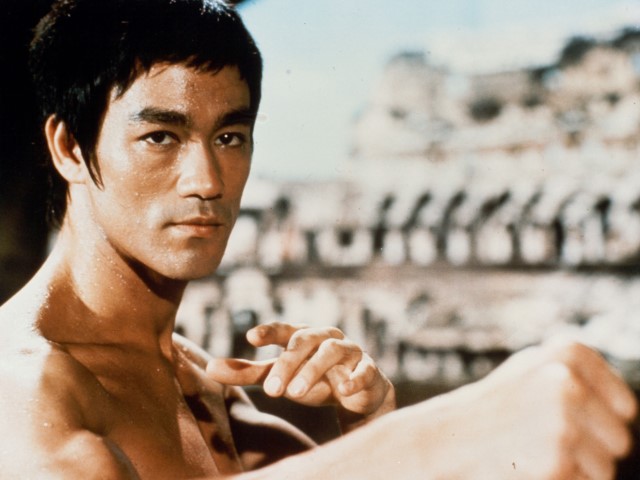 Publicity portrait of Bruce Lee from the film The Way of the Dragon, 1972. (Warner Brothers/Getty Images)

Lee plays Tang Lung, and the movie opens with Lung, an unsophisticated rube from Hong Kong, arriving in Rome. At the airport, he’s treated rudely, gawked at, dismissed, laughed at… He’s not white. He wears funny clothes. He doesn’t speak the language. He’s an exotic Asian fish out of water, an obvious victim of prejudices, preconceived notions, and racism.

But how does Lee, who had complete control over the movie and his image, play it? Perfectly. Tang Lung doesn’t get angry, doesn’t lecture, and doesn’t demand respect. Instead, he’s humble, a little clumsy, funny, and utterly endearing. Not only does this approach make him relatable, but it’s also the perfect way to convey a message about prejudice and “othering.” Although Tang Lung is very different from us, we relate to him (who hasn’t felt outnumbered and out of place?) and come to respect him for his discipline, bravery, and restraint. Nothing is heavy-handed. No one lectures us. No one pounds their chest about how virtuous they are. No one shames anyone. It’s all done through good-natured humor, theme, and story.

Best of all, even when Tang Lung joins the people he’s come to help, a group of Chinese who now live in Rome, he’s still treated as an outsider and other. This is Lee’s way of saying people are people. White people, Asian people, we all have our flaws.

There’s no subtlety in woke, no subtext, no generosity. Instead, it’s smug, in your face, insufferable, and never believable. You can’t tell blatant lies about human nature and hold on to your audience. All of this takes us out of the story. It breaks the spell. Further, it insults us and our intelligence, which makes the moviegoing experience a negative one no one wants to repeat.

And so, like Disney, the Oscar brand is dead. Disney didn’t promote Strange World as a gay movie. Still, no one went to see it because we all know what Disney has become. Same with the Oscars. If there’s Oscar heat around a movie, it’s almost certain to be preachy garbage.

Americans have learned their lesson and now avoid this garbage. And it’s not just Red State America staying home. All these movies need to enjoy a respectable box office return is for ten percent of Hillary Clinton voters to show up. Most of these titles failed to attract one percent.

Yep, movies are so insufferable Hollywood has lost the left.