Already one of them — George Mason University professor Jagadish Shukla — is under Congressional investigation for what has been described as the “largest science scandal in US history.”

Now the background to their footling conspiracy has been exposed thanks to a FOIA request by the Competitive Enterprise Institute which has forced them to release their private letters and emails.

Like Climategate, it makes for some fascinating reading, mainly because — yet again — it shows the climate alarmist establishment in such a terrible light.

Remember, these guys are supposed to be the experts on whose judgment our political leaders base their policies; every year they snaffle millions and millions of dollars worth of grant funding courtesy of the U.S. taxpayer — some of them may even be teaching your kids.

It is therefore a matter of considerable public concern to see them revealed by their correspondence to be such a bunch of bumbling shysters, apparently more interested in political activism than engaging in rigorous science, and even prepared to flirt with breaking the law in order to conceal their dubious antics.

Here are some of the things we learn from their correspondence.

It all began when Shukla made the mistake of taking seriously an op-ed by Sen Sheldon Whitehouse in the Washington Post. He approached Ed Maibach, his university’s director of Climate Change Communication with a cunning plan. (Maibach, we later learn, doesn’t have a science degree.) 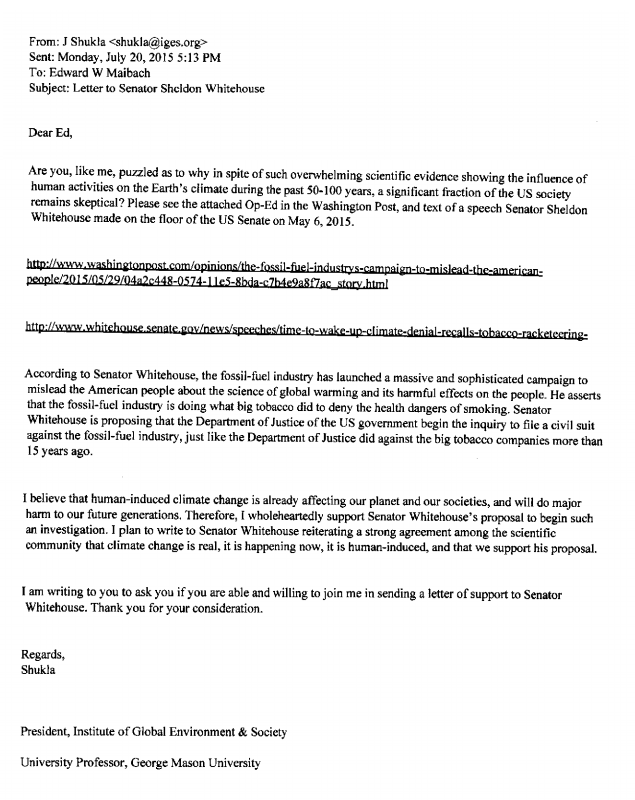 A lawyer — very sensibly, as it turned out — advised them that their chances of winning such a suit were slim to none. 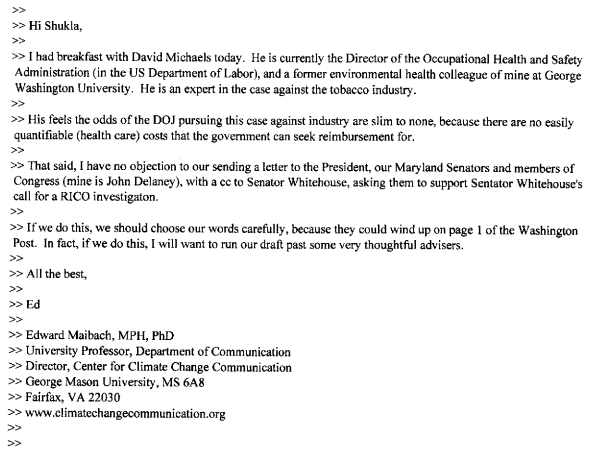 “Don’t turn climate into God.” Wiser counsels continue to warn the crusading climate scientists that if they carry on like this, they’re going to sound like the bunch of lefty fruit loops they indeed are. 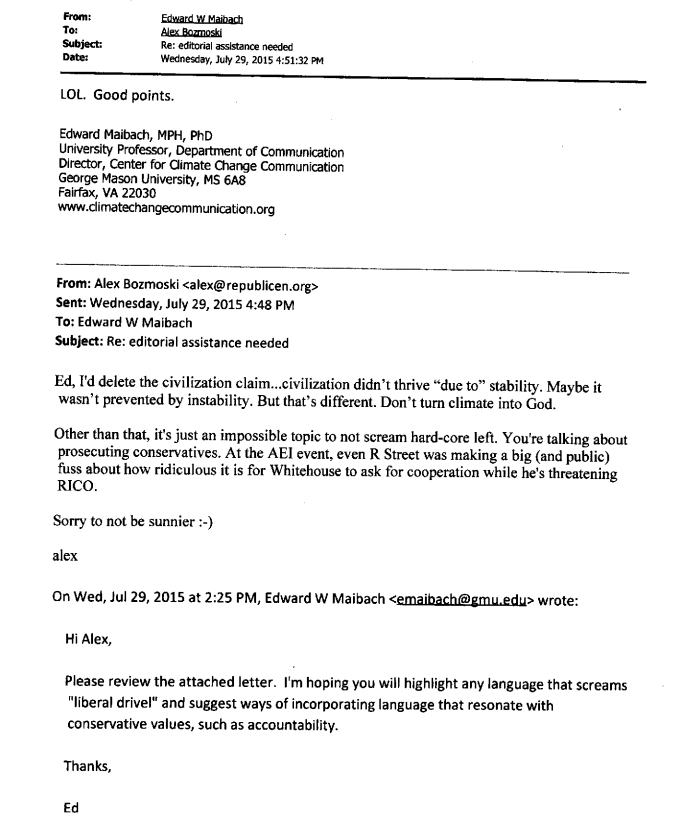 Not even the Union of Concerned Scientists — about as hardcore a climate alarmist campaign group as you’re going to find — wants to get involved in this venture. 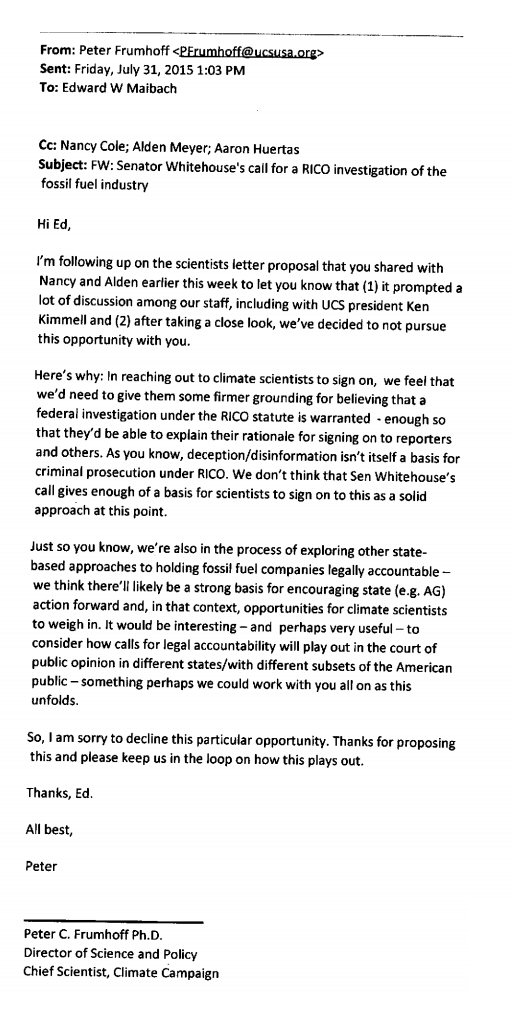 The publication of the RICO letter causes widespread outrage. Ed Maibach gets called out: “I see no science in your background.” 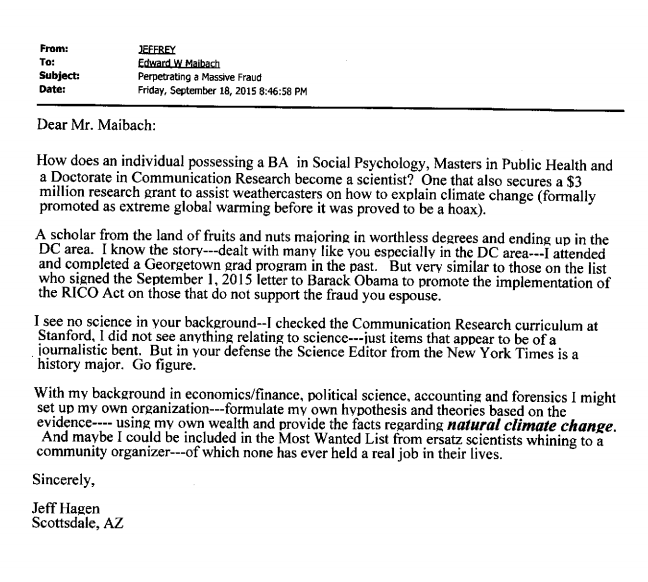 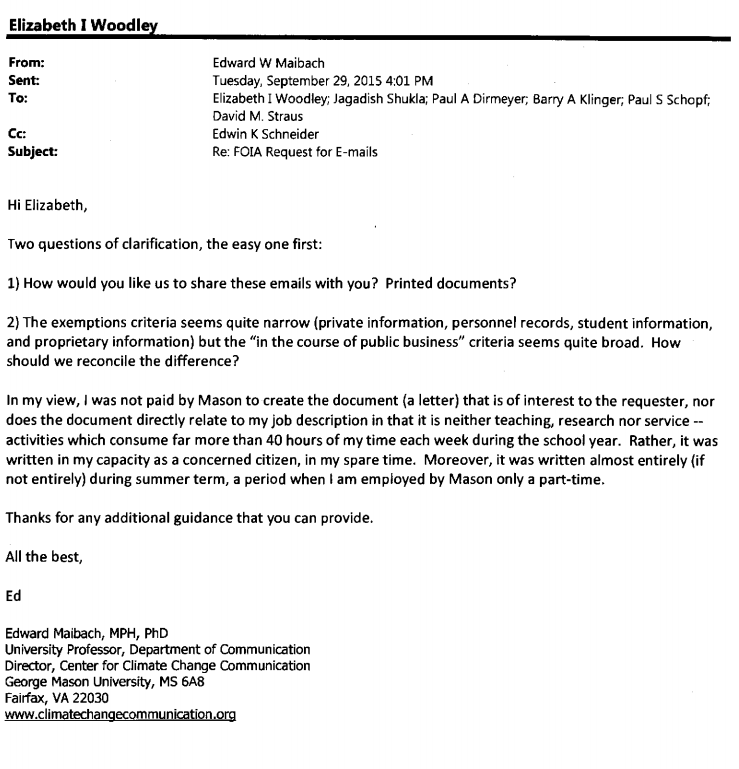 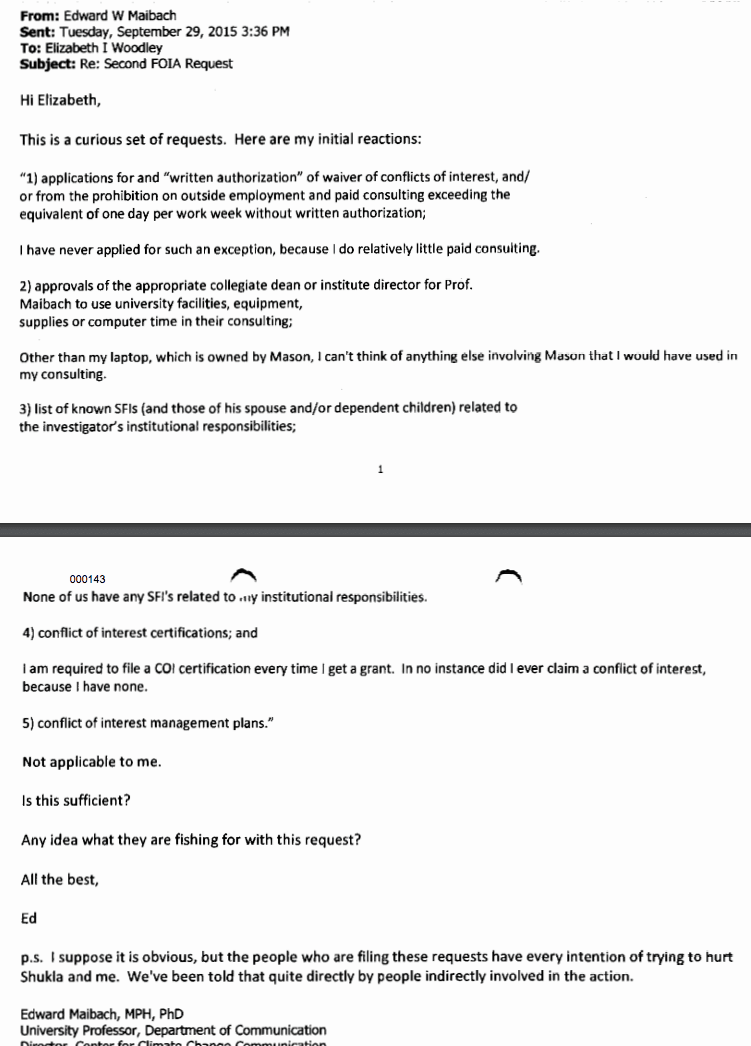 No surprise Maibach was so cagey. He surely would not have wished the public disclosure of emails like this: 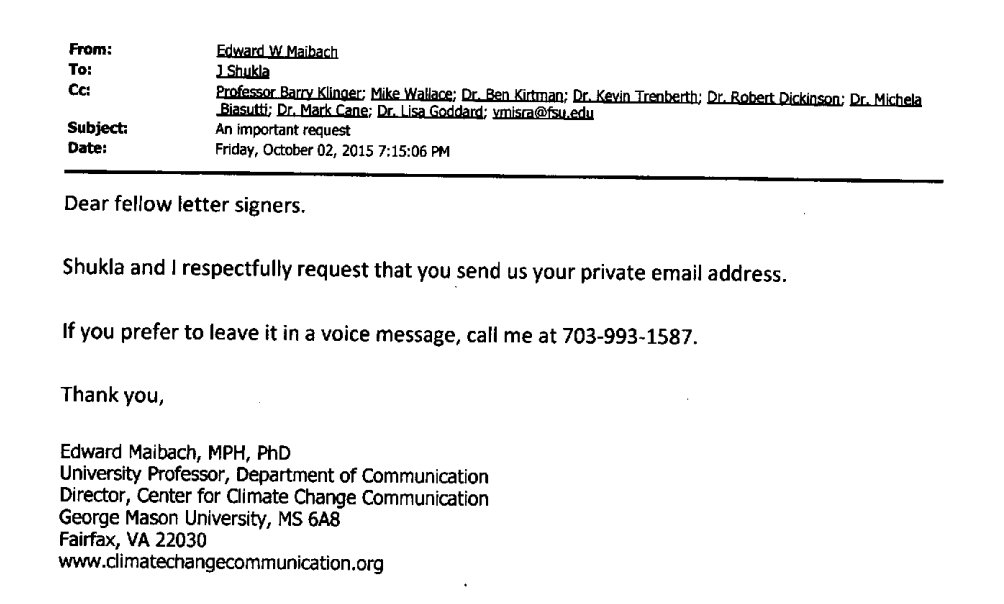