“No Human is illegal!” they chanted as they gathered to demand an end to deportations and send a message to the “racist, fascist” government, and all those opposed to mass immigration. 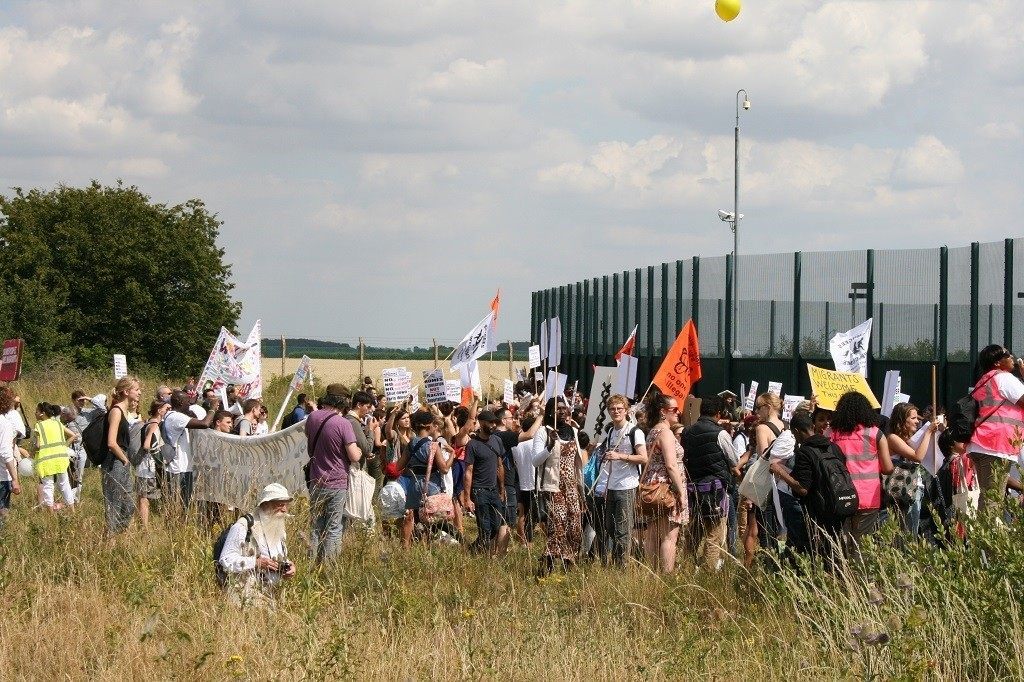 Seven coach loads of protesters arrived from London, Sheffield, Manchester and even Glasgow. There was a carnival atmosphere as the crowd gathered at the front of the compound. Drums, whistles, music from a loudspeaker and smell of cannabis filled the air.

“This is a message to SERCO [the private firm which runs Yarls Wood], Teresa May and all of her cronies,” boomed across the megaphone. Chanting: “Yarl’s Wood, shut it down! Torture centre, shut it down! Racist prison, shut it down!” before marching around the perimeter fence to the buildings where the illegal immigrants are held. 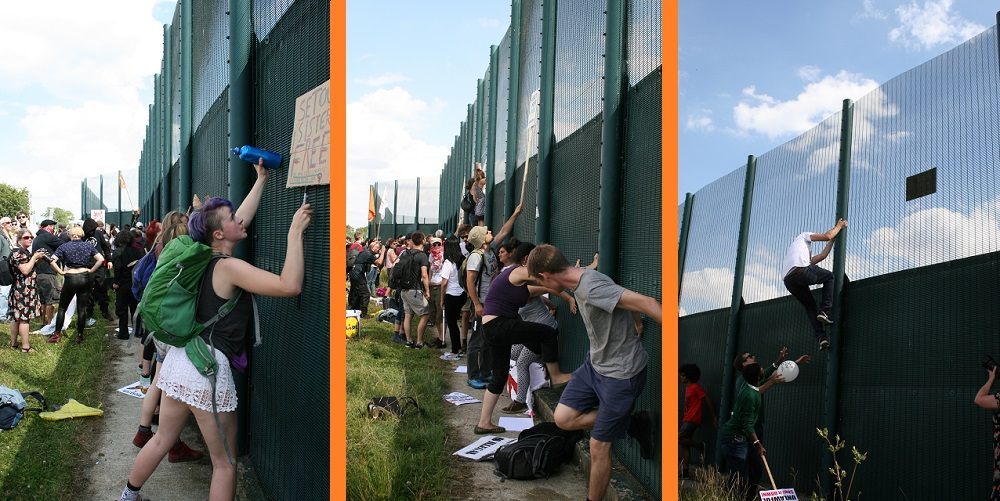 Attempts were made to damage and scale the 6-meter security fence, yet not even a concerted attack with a water bottle could do much damage / Liam Deacon / Breitbart London

Yarl’s Wood is a detention centre, primarily for women and children whose asylum applications have failed. When it was built in 2001, it was the biggest immigration detention centre of its type in Europe. Since then, it has rarely been far from the headlines. It burnt down in 2001 following a protest by inmates, the next year twelve Roma detainees went on hunger strike, followed by another hunger strike in 2005. 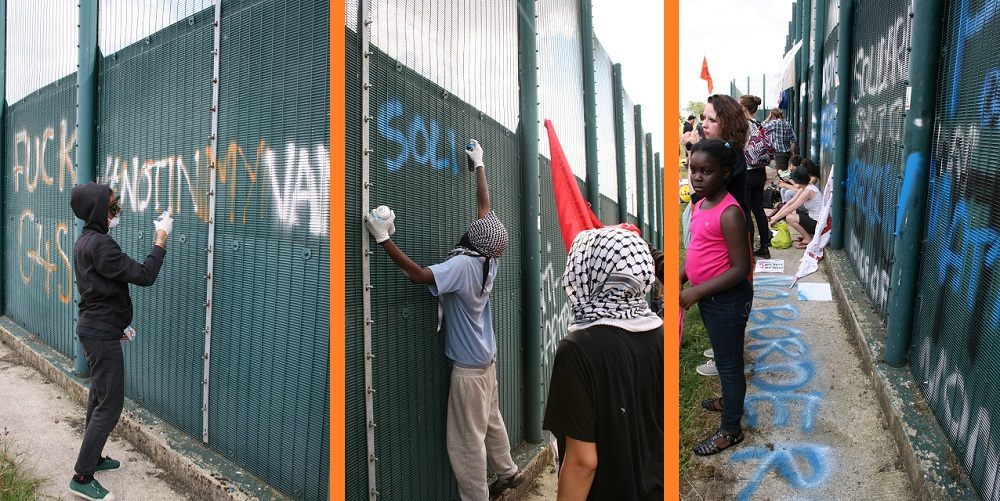 As the group failed to damage or scale the fence, frustration turned to anger and the vandalism began, with masked men using spray-paint to daub slogans onto the walls. Here, children of protesters learn crucial hard-left demonstration skills that will no doubt see them well for the rest of their lives / Liam Deacon / Breitbart London

Before the event, the organisers had announced a “great victory,” in that they would be allowed through the parameter fence (which was breached at a protest in June) and right up to the fences of the detention center itself. The activists came running through the gate and immediately began banging, kicking, vandalising and attempted to clime the fencing.

They covered the fencing, which was completely clean when they arrived, with graffiti. The small number of police present did not intervene once and no one was arrested. 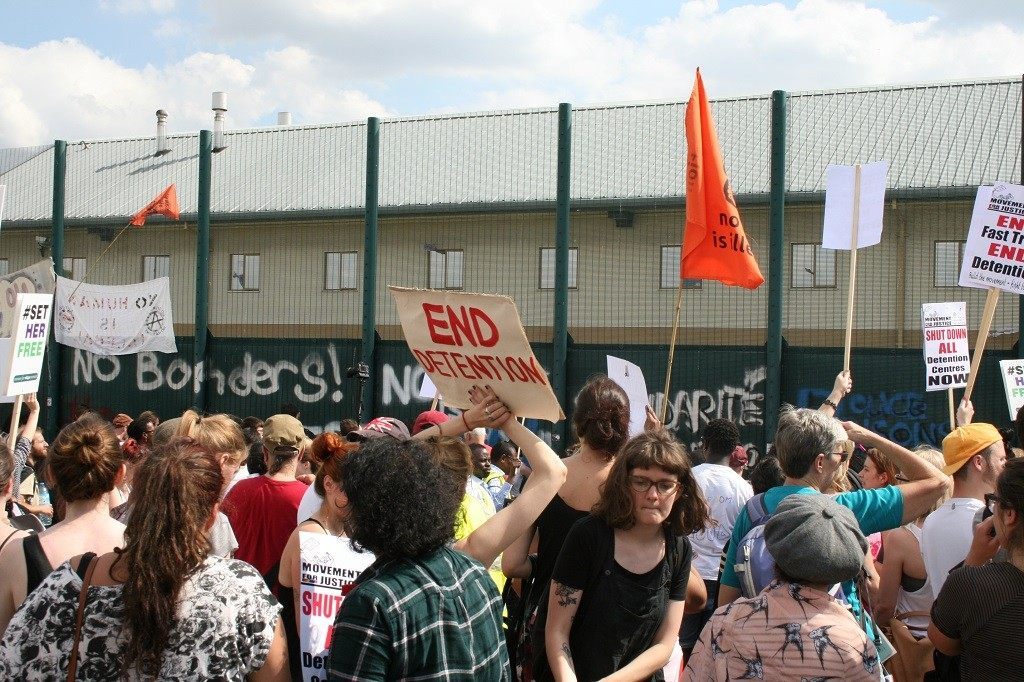 Detained women could be seen from the windows of the centre, waving and holding signs of their own which read; “we want freedom” and “we are human.” One inmate, speaking on the phone and played over the microphone, told the crowd:

The chair of the Green Party’s women’s group told the crowd: “…this is an absolute disgrace, and we cannot stop coming here until we see all of the detention centres across the country shut down.

“We hear a lot of poisonous rhetoric about the supposed evils of immigration. The pictures of mass human desperation we’re seeing across the channel lead to a toxic commentary from right-wingers about the UK being supposedly over loaded with people,” she said.

Antonia Bright, from the Movement For Justice By Any Means Necessary, who appeared to be leading proceedings, told me:

“…The whole point of Yarl’s Wood is it’s based on a racist system, that can arbitrarily detain people because of simply where they were born. Officials who have targets to bring down immigration preside over those people’s lives.

“It’s an abusive system. This is inevitably an abusive center, so we’re not surprised when the sexual abuse scandals were brought out in the open. The guards in that secret undercover filming were completely racist in their opinions of the detainees”. 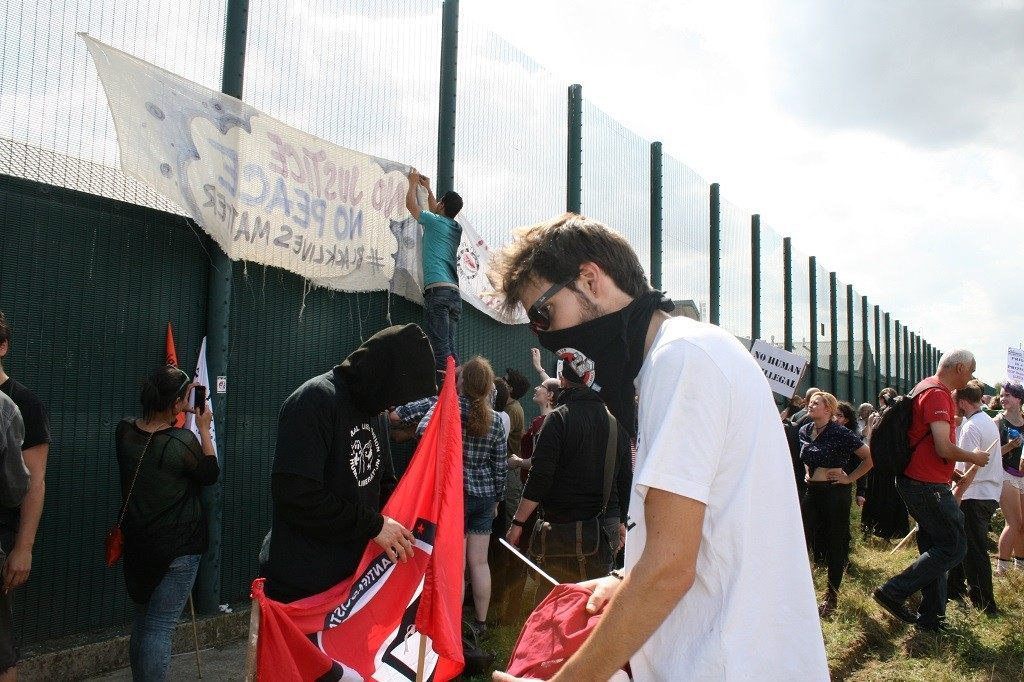 Journalists and different interest groups have repeatedly infiltrated Yarls Wood with hidden cameras. A Channel 4 report claimed to have exposed racism, and in 2014 several allegations of sexual abuse were made.

“None of that is surprising, because it is locking people up for no crime, simply for being immigrants… today is a front line fight in Britain against racism, against the divide and rule tactics of the government to blame all of societies ills on immigrants,” said Bright.

Socialist newspaper the Morning Star’s correspondent on the scene got terribly excited by it all:

So today is #FemaleOrgasmDay AND #InternationalCatDay. I think it's appropriate. Orgasms and cats are my favourite things (separately ofc)

When I asked about the immigration crisis, she said: “Today is about the people in Calais, too. They want to be free, they are the same, they are fleeing conflict and it is no surprise they would travel thousands of miles.

“We have a government that would rather see people die in the Mediterranean than let them get here. This struggle here, today, sets the direction of where our societies is going,” she said. 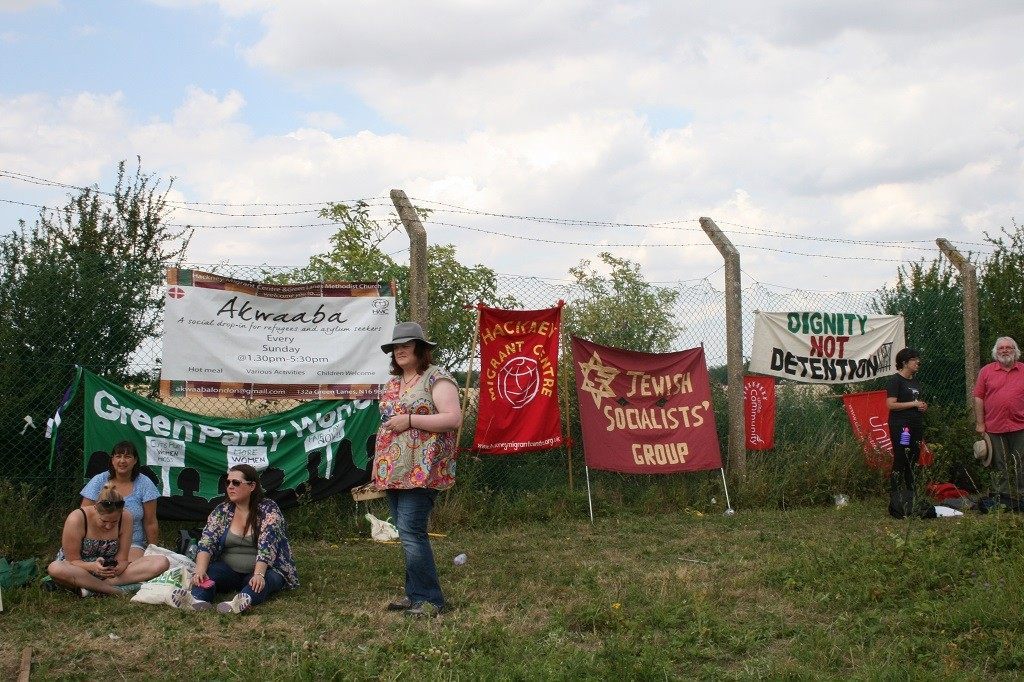 I asked Bright why people were voting UKIP, she replied: “Those 4 million votes says something about the despair people are feeling in the leadership we have… but I think communities can take a step towards real freedom and equality before they chose, you know, deeper racism and division.”