Mob rule is nothing new in France, but this week even a socialist government used to tolerating thuggish union behavior is saying enough is enough.

The incident took place Monday when executives for Air France were having a meeting to discuss layoffs of nearly 3,000 workers along with plans to sell of some planes. Air France has been struggling in recent years against competitors like Germany’s Lufthansa and British Airways.

Video shows a group of several hundred union workers storming the Air France headquarters and taking over the boardroom where the meeting of executives was taking place. Waving red flags and signs, the mob shoved the executives against a wall as security tried to protect them. 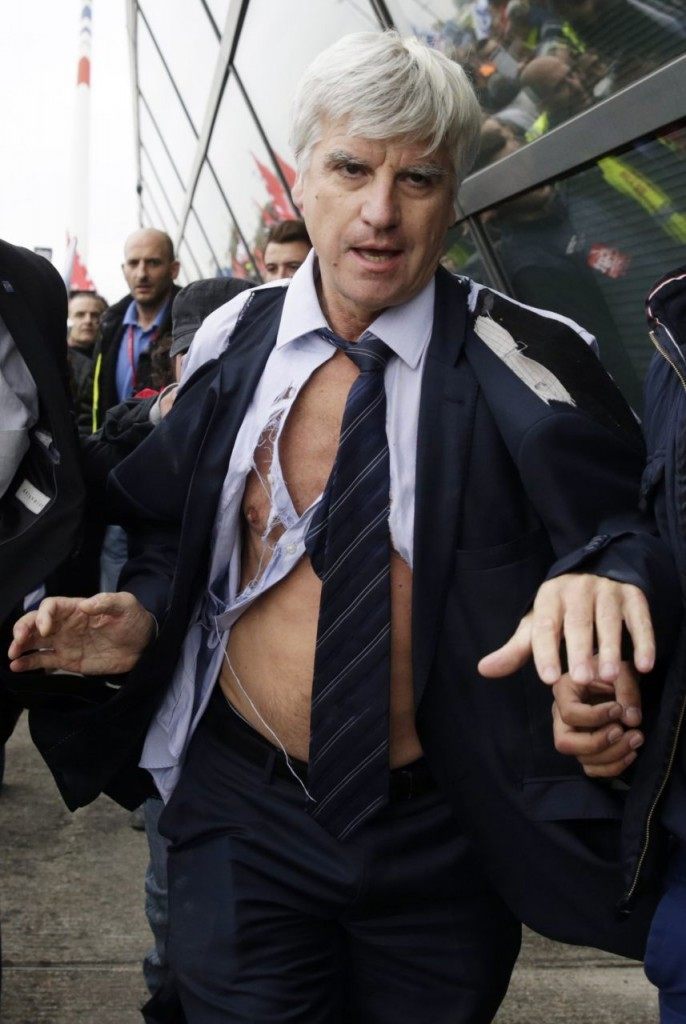 Eventually, human resources manager Xavier Broseta and executive Pierre Plissonnier were evacuated by security, but union members surrounded them, pushing and chanting in unison. The executives had their shirts and coats torn off their backs and were finally forced to climb a tall metal fence to escape the mob. AFP reported seven people were injured in the melee including one security guard who was knocked unconscious and had to be hospitalized.

Images of the shirtless executives hounded by a union mob became international news Monday. France has a long history of such behavior by unions and it is often tolerated by public officials, with people involved rarely being prosecuted. But the mob seems to have gone too far this time. 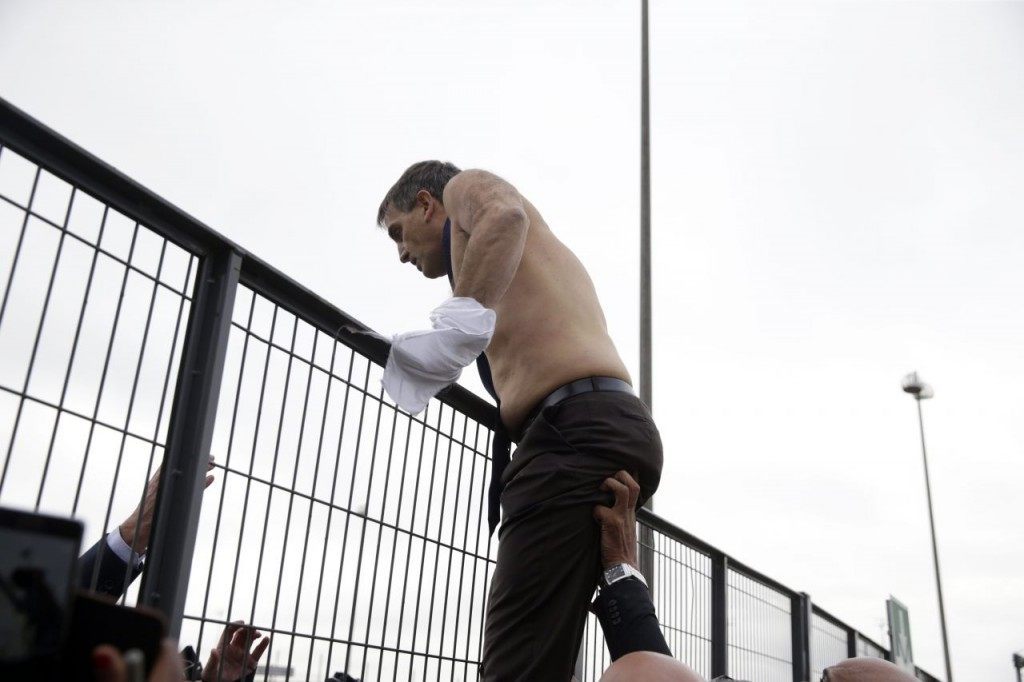 Government and union leaders denounced the violence Monday and by the following day even socialist President Francois Hollande had joined the chorus. “Social dialogue matters and when it’s interrupted by violence and disputes take on an unacceptable form, it can have consequences for the image and attractiveness of a country,” he said. Hollande had been more lenient after previous union disputes including French farmer’s attacks earlier this year on Spanish truck drivers delivering imported produce.

Prosecutors announced Wednesday they had identified 20 individuals who participated in the attacks after studying video of the incident. “The only possible response is to prosecute, because these incidents were totally beyond the scope of union action,” France’s transportation minister said Tuesday.