The Conservative MP leading the British Parliament’s “Transgender Equalities Inquiry” has promised the recommendations of her committee, which are currently being written, will be “radical”. Of the hundreds of pieces of evidence submitted, only seven were critical of transgender ideology, and not a single person invited to give oral evidence opposed the transgender lobby.

Breitbart London tracked down one of the few brave enough to try.

“The small number of critical submissions isn’t because people aren’t concerned,” explained Professor Sheila Jeffreys of the University of Melbourne in Australia, a feminist academic whose latest book is called Gender Hurts. “There are very serious penalties for being prepared to speak out… people are likely to have their careers ruined.”

Speaking from experience, she said: “Transgender activists make it very clear they target people’s livelihoods. There are guides online on how to target those you disagree with, which talk about things like contacting employers and even attacking social lives.”

Prof. Jeffreys listed several cases, including that of J. Michael Bailey, an American psychologist who was hounded, accused of sexual crimes, and almost forced not to publish his research after photos of his children were shared online. Also Julie Bindel, who has been banned from every university in Britain for a decade and Germaine Greer, who has been compared to a “holocaust denier” who should be “punished.”

“It really is a startling degree of hatred, and its understandable why people pull back… yet its them who say I’m ‘hateful’, and then push to label my academic work ‘hate speech’ – its extraordinary!”

A press release issued in June, as the Parliamentary Inquiry got under way, lists 15 areas on which the committee was accepting evidence.

These included, “terminology and definitions”, “workplace issues (including in the Armed Forces)”, “aspect of the Marriage”, “trans people in the criminal justice system”, “representations in the Media”, “gender reassignment treatment under the NHS” and “issues concerning trans youth in the education.”

“The inquiry starts out with the view that people who are transgender… really are ‘born in the wrong body’, as trans activists claim”, Mrs. Jefferies explains, “there’s obviously no critique of the concept, or the politics, or the practice of transgenderism – that’s simply not involved in this inquiry.”

People concerned about, say, the fact that 70 to 80 per cent of children who report transgender feelings spontaneously lose them as they grow up simply did not have a say. Those who point out that some studies have found suicide rates rising after the brutal and irreversible “gender reassignment surgery” and sterilization, were not welcome. 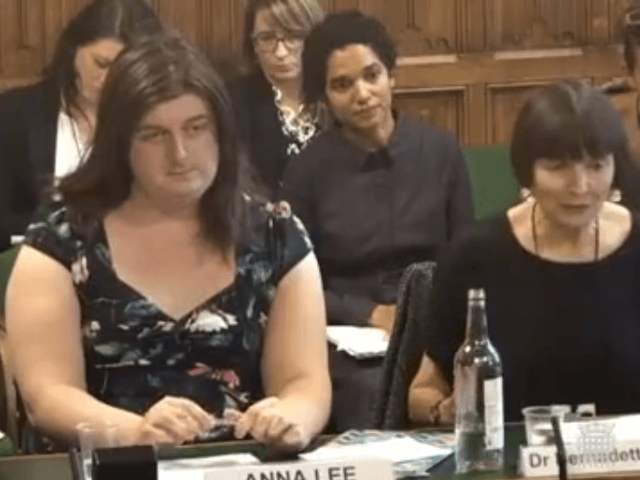 Prof. Jeffreys spoke of the use of “safe spaces” in university, whereby so-called “transphobia” — any criticism of post-Marxist gender theory — has been completely shut down. The trans lobby first controlled debate in academia, then the media, and now they are orchestrating government policy, she added.

The European Court of Human Rights now mandates certain adherences to transgender ideology as a condition of membership. A similar inquiry in Sweden this year recommended children be allowed surgery without parental consent.

So far the British inquiry has heard evidence calling for a legally recognised “third gender”. Committee members have called for men, even those who have not transitioned, to be allowed in female prisons and schools.

Another witness said children as young as three should be taught to be “gender fluid” in school. When Dr. Ashley Miller, a clinical psychologist for gender identity development service at Tavistock and Portman NHS Foundation Trust, suggested surgery should be restricted to those over 16 (it is currently 18), she was roundly dismissed.

“Obviously what [the government] are doing is creating the transgendering of children. This government has already created booklets on transgenderism for primary schools, where there are transgender representatives for the students. All of the states engaging in this are creating gender stereotypes and huge suffering,” said Prof. Jeffreys.

“We have to ask ourselves why this is happening now? Why has the number of transgender children risen by 100 per cent in 12 months? Why wasn’t this happening before?” she asked.

A study by Mark Zucker at the Centre for Addiction and Mental Health in Toronto, Canada, found that when children see therapists and others in authority who assume that they belong to the opposite sex, those children can actually become more distressed, exacerbating their “gender dysphoric identity.”

“I have, in the past, called the transgendering of children child abuse,” says Jeffreys. “It is abuse particularly because of what the medical profession is doing. Often the parents are just tied up in an ideology they created. But once children are put on drugs for life, and entered into expensive procedures, the medical profession stands to benefit greatly.”

She explained that the lack of balanced consultation and headstrong way the government is entering into such a massive social change could leave them open to legal challenges later.

“After the government compulsory sterilisation program in Sweden in the 1950s, there were some huge court cases when people realised how wrong it was. We’ll soon be sterilising similar numbers of children here – they’re being put on puberty blocking drugs at 10!

“This could all go very wrong for the government in the future.”

Prof. Jeffreys also explained her opposition as a feminist, the basis of her evidence submitted to the inquiry:

“The embrace of transgenderism is getting stronger and stronger, especially online. Feminists are obsessed with protecting the rights of [biological] men”, she said. For feminists like Jeffreys, the direction of online, fourth wave feminists isn’t just a betrayal feminism, but a complete contradiction.

Feminists once told women to be themselves, to accept their natural bodies, and to not be influenced by “beauty norms.” Now, according to the transgender ideology, “butch” women and lesbians must either feminise or pretend to be men, she explained.

Her generation of feminists said there was no such thing as a “female brain”, but female bodies were important. Today, feminists are telling men they have “female brains”, and that the female body is irrelevant. They encourage men to pump themselves full of silicon, “behave submissively”; according a “gendered stereotype” of what they think women should be like.