Sweden is to reintroduce border controls at its southern frontier from midday today, suspending the ‘Schengen’ free movement agreement with neighbouring countries Germany and Denmark.

The move is a significant u-turn for the grand coalition government led by left-wing Social Democrat Stefan Löfven, who just two days ago slammed the centre-right ‘Moderate’ party for suggesting the country control its borders. 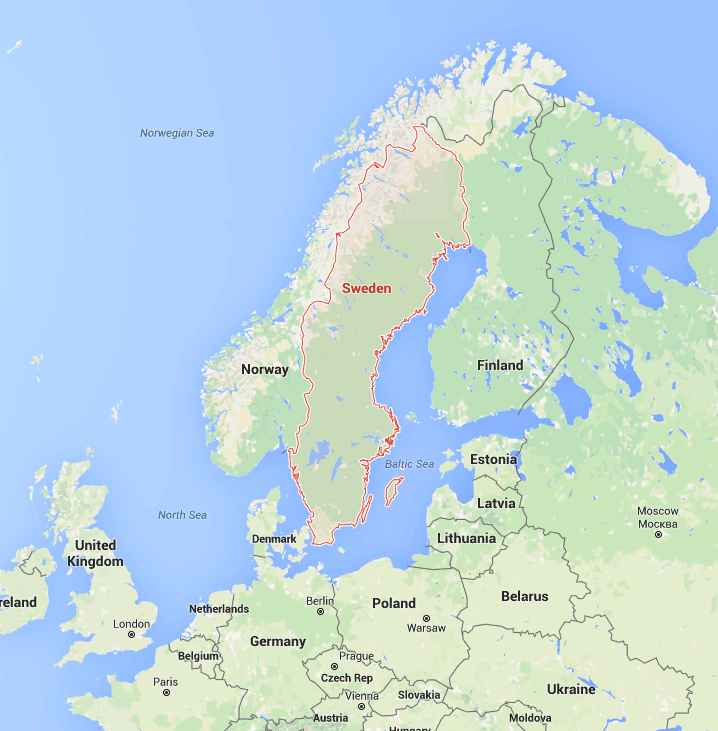 Sweden has no land borders to the south, but the Oresund Bridge and busy ferry routes connect it with mainland Europe. It is these crossings that will now be controlled / Google Maps

Rejecting the conservative suggestion out of hand, Mr. Löfven called the plan badly thought out, and in his opinion likely to make the refugee crisis worse, not better. Now just days later and as the PM attended the joint European Union-African Union migrant crisis summit in Malta, Swedish home affairs minister Anders Ygeman announced the change.

The exact details of how the closure will work are not yet clear. Sweden police will be holding a press conference at midday (1100 London) as the borders close to make clear the specifics of the situation.

What is clear at present is that migrants without travel documents will be turned away at the border, even if they want to claim asylum. This is a major development, as so many migrants travelling across Europe lose their passports and identity documents — either on purpose or by accident — and thence claim to be Syrian refugees, the most likely nationality to receive asylum.

Up until now the Swedish government response to the overwhelming tide of migrants arriving at the country had been to carry on as if nothing was wrong. Despite recent pleas for help from neighbouring countries and the European Union to deal with the situation, which saw every available bed in the nation filled and other government budgets slashed to prop up the immigration bureau, absolutely no effort was made to slow the flow of migrants. 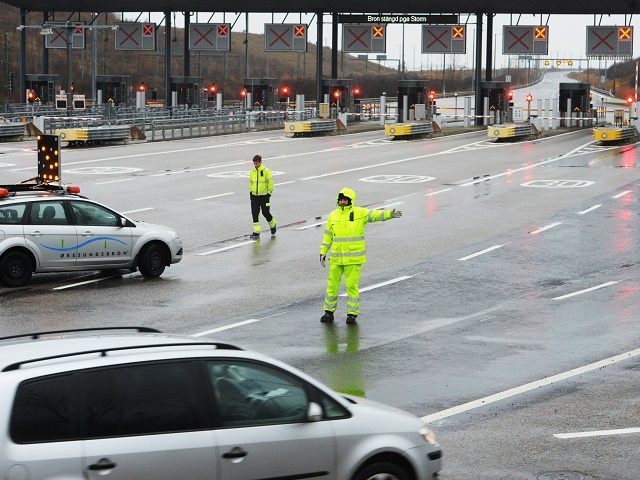 The Oresund Bridge, which connects Sweden to Denmark / Getty

In line with European Union’s Schengen agreement rules the reintroduction of paper checks at the Swedish border will last for just ten days, as a means for Swedish government agencies to get the migration situation under control. Speaking from Valetta in Malta, Mr. Löfven told journalists the government had to restore order.

Under the Schengen rules, the Swedish government may continue to impose border controls for up to two months, at which point they must open the borders again. The European Union must be alerted of any such closures beforehand, and the nation must agree to allow the European Union to monitor how the changes are implemented.

Comments by the interior affairs minister yesterday suggest Sweden will be looking to use the full two months allowed by the European Union, but will otherwise be following the rules set – and reopening their borders as commanded by European law.

Sweden is only closing their southern borders, which can be accessed by road and rail bridge or ferry from Denmark, and by Ferry from Germany. The Øresund Bridge which links migrant crisis zone Malmo to Denmark is the route by which the majority of migrants to Sweden arrive.

When speaking to the press last night, a spokesman for the company who operates the bridge made it clear there had been little prior discussion or planning with Sweden police over how such a closure would be managed.

“It depends on how it’s going to be carried out and how extensive the checks are. We’re working together with the police and hope things are going to run as smoothly as possible” said the company, reports TheLocal.se.

Sweden is not the first European nation to introduce border controls at the migrant crisis has developed, and will almost certainly not be the last. As checks at the Swedish border create significant backlogs of migrants trying to move north, Denmark may close their borders to prevent themselves being overrun with migrants trying to head north. This could then create a chain reaction of countries going south closing their borders, as each one becomes determined not to be the last place for migrants to go on their journey.

This is a situation already envisioned by German finance minister Wolfgang Schäuble who has likened the developing situation to an “avalanche”, reports Bild.