Elected France’s youngest ever member of parliament at just 22 years old, Marion Maréchal-Le Pen is unapologetic about her strong Catholic faith and defence of traditional values.

Granddaughter of French conservative nationalist party the Front National (FN) founder Jean-Marie Le Pen, Marion is building a strong reputation in her own right as a capable legislator and potential future leader of the party. Although the position is presently held by Marion’s aunt, the party is rapidly moving away from it’s previous image of anti-Semitism associated with founder Jean-Marie. 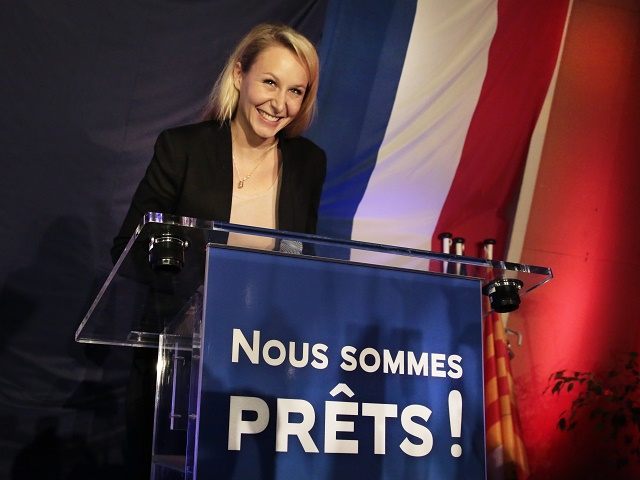 While French Jewish groups have publicly acknowledged the party has renounced anti-Semitism and its present leadership has never held such views, it is widely considered that the younger Marion holds broader appeal — especially to Christians.

Although the FN has traditionally modelled itself in the model of French secular democracy, Marion is unusual among all French politicians that she is unafraid to express her Catholic faith. Influential church thinkers have prepared her for major speeches and provided her with reading, making her stand out in a country where church and state have been separate since the revolution. 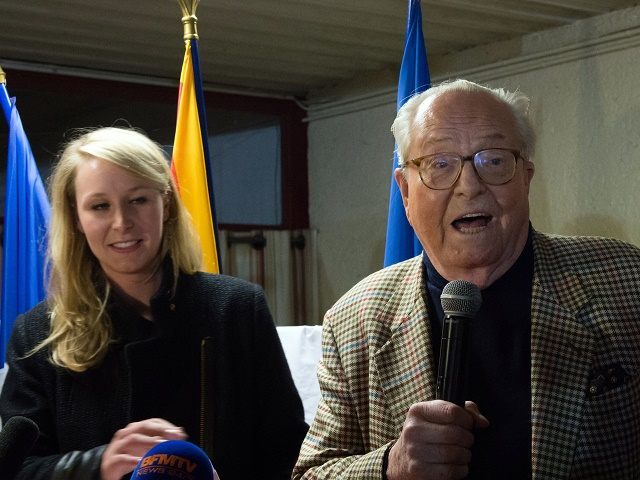 Sharing a platform with her grandfather, who has been disavowed by the party for his anti-Semitic views. Although she rejects those positions, unlike her aunt the younger Le Pen retains a close personal relationship with the party founder, which could allow her to unite the FN old guard with the younger members to create a powerful bloc / Getty

Miss Maréchal-Le Pen is also remarkable for her rapid ascent to public prominence. Her popularity and high public profile isn’t just down to her family ties and remarkable good looks, she is primarily a formidable politician and thinker.

She became the youngest French member of parliament in modern history aged just 22 in 2012, while studying law in Paris. She remains one of the party’s only two members of parliament, a result of France’s elector system that squeezes out members from non-centrist parties through the two-round system.

It is this two-round system that Marion and her party will have to overcome if they are to break through in French politics. While FN celebrated a record showing in last week’s first round local elections, the actual results won’t be settled until the second knock-out round. It is expected most left-leaning voters will move tactically and vote for a centre-right candidate in areas where all left-wing candidates have been eliminated, in an effort to keep the FN out. 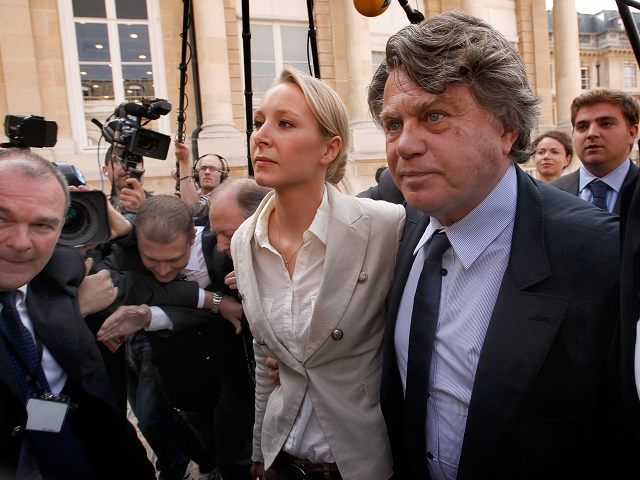 Marion pushes through a scrum of reporters on the day of her election to parliament in 2012, aged just 22 / Getty

It has been claimed the two-round system was introduced specifically in 1986 to spike the guns of parties like FN, but this is difficult to substantiate. In comparison the FN does extremely well in more representative electoral systems such as during the European Union elections. The party holds a third of all French Members to the European Parliament.

Despite the party having strong representation in the EU, Marion is in common with many other European right-wing political figures a strong Eurosceptic, and opposed to unchecked globalisation. She has also campaigned against same-sex marriage and has said she would de-fund so-called Planned Parenthood abortion services. 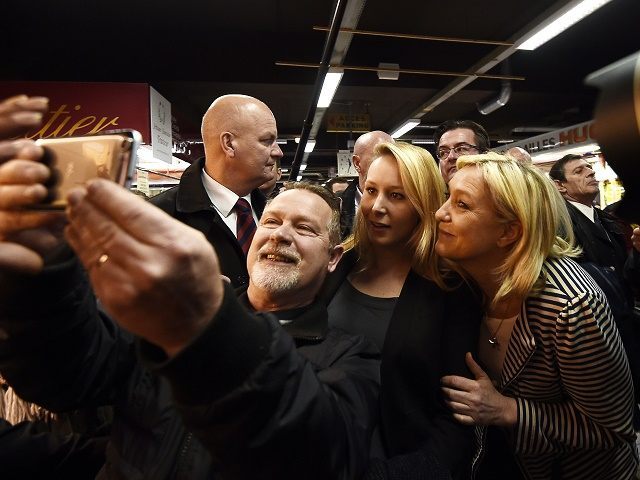 Celebrity: Marion and Marine pose for a selfie with a fan at a rally / Getty

France will go to the polls again this weekend, and if Marion Maréchal-Le Pen’s figures are replicated she will become the leader of the Provence-Alpes Côte d’Azur region, one of the most important in France, which will cement her position as a president-in-waiting, and a challenger to the leadership of the party.