LONDON, United Kingdom – A pro-immigration protest outside Downing Street yesterday failed to attract more than 25 people, even though one of the political left’s big-wigs turned up to give a speech about government “cuts” to funding for English lessons for migrants.

Len McCluskey, the General Secretary of the hard-line Unite trade union gave a swift speech and swiftly left, leaving behind around 20 people loitering aimlessly outside Downing Street. Over the course of the day, protesters had tried to hijack the news item about David Cameron calling Calais Jungle camp residents a “bunch of migrants” to attract more people. The tactic obviously failed.

The protest was hosted by yet another left-wing front group named ‘Action for ESOL’ and was ostensibly supported by the Stop the War Coalition, LGBT Support Migrants, and Unite The Resistance. Their demands included “free English classes for migrants and asylum seekers”.

Earlier this week, Facebook organiser Laila El-Metoui complained in the group’s Facebook page: “Nearly 500 people invited, only 42 going so far, surely we ought to get more people attending. This is a plea to save adult education for some of the most vulnerable people in the UK. A polite request to encourage as many people to come and support our fight to get more funding for ESOL. Thank you for your support.”

But despite over 1,800 people being invited in total, the group barely managed to make a dent in the pavement. 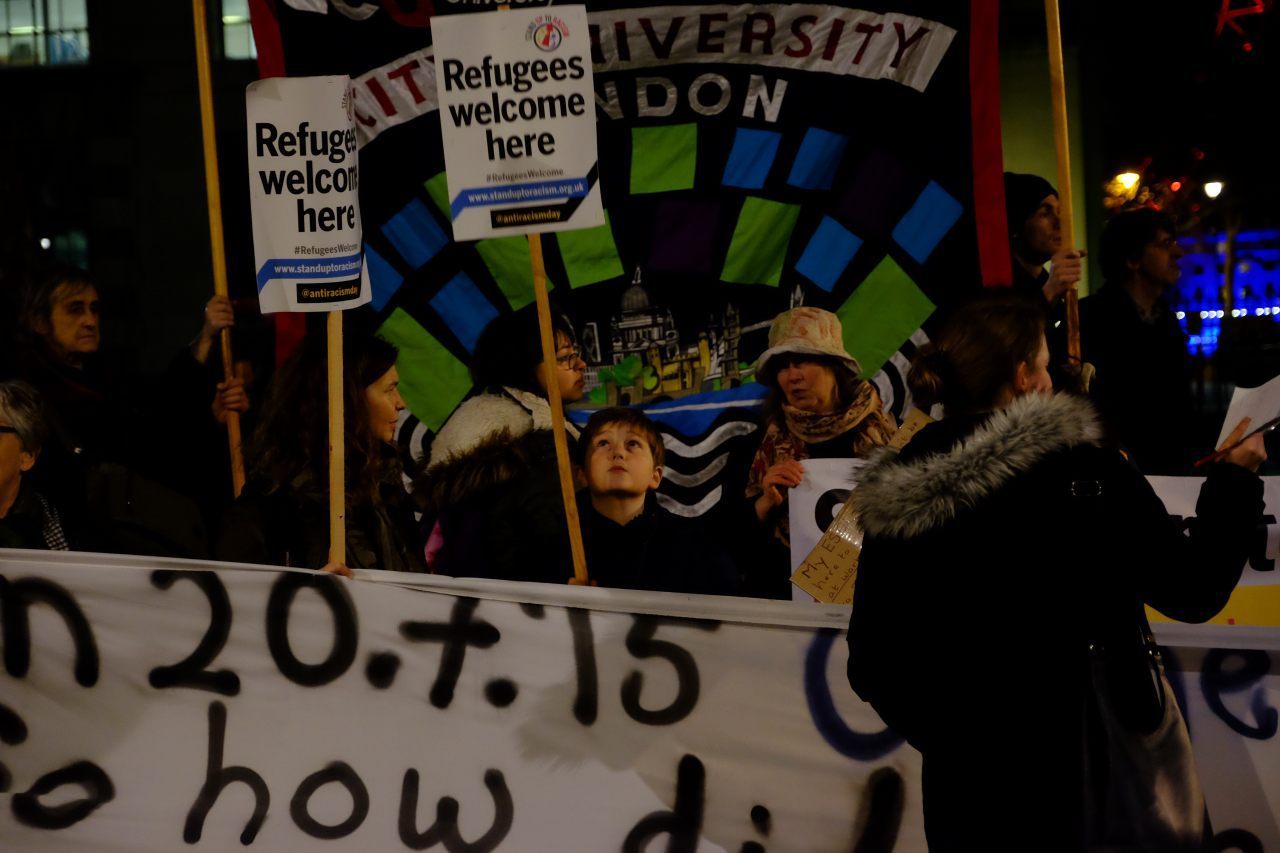 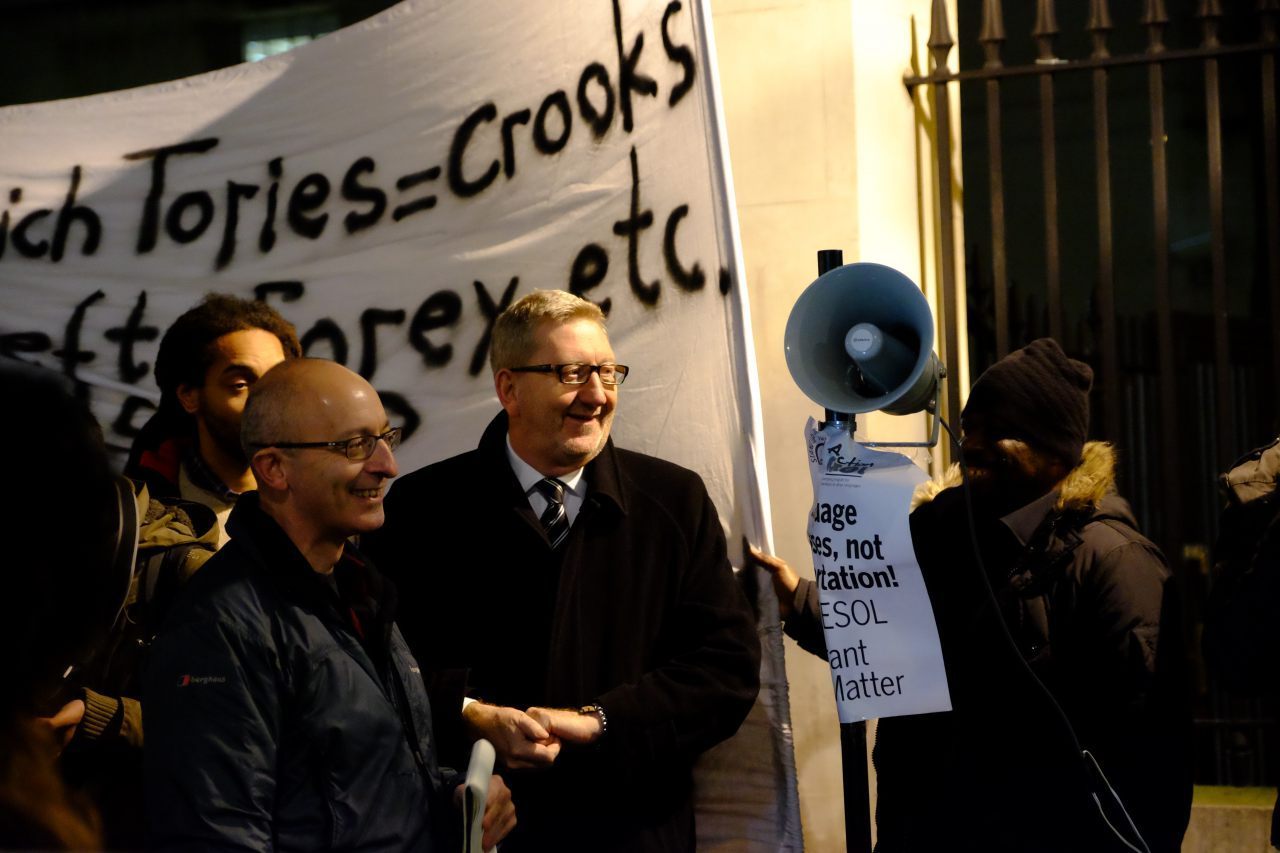 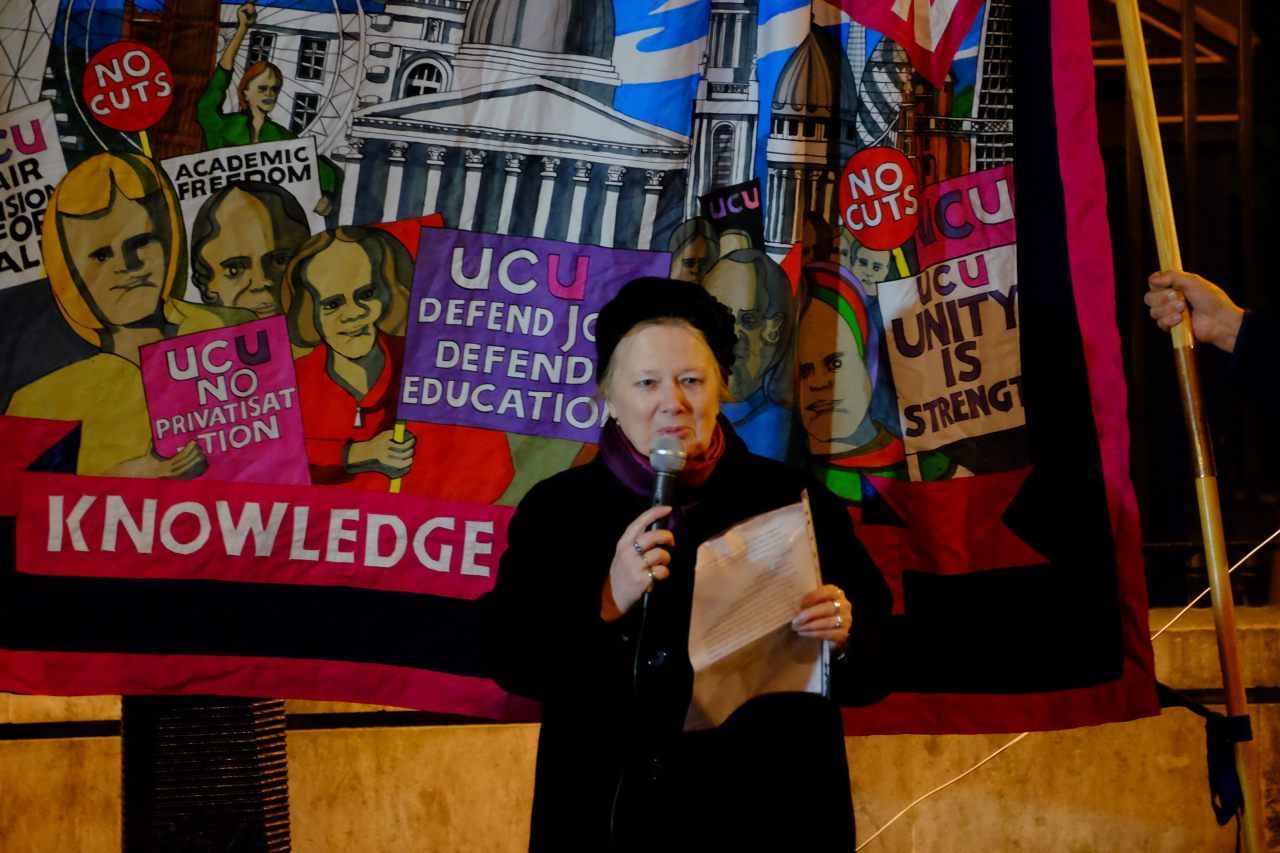 This is a very pretty banner. It must have taken a long time 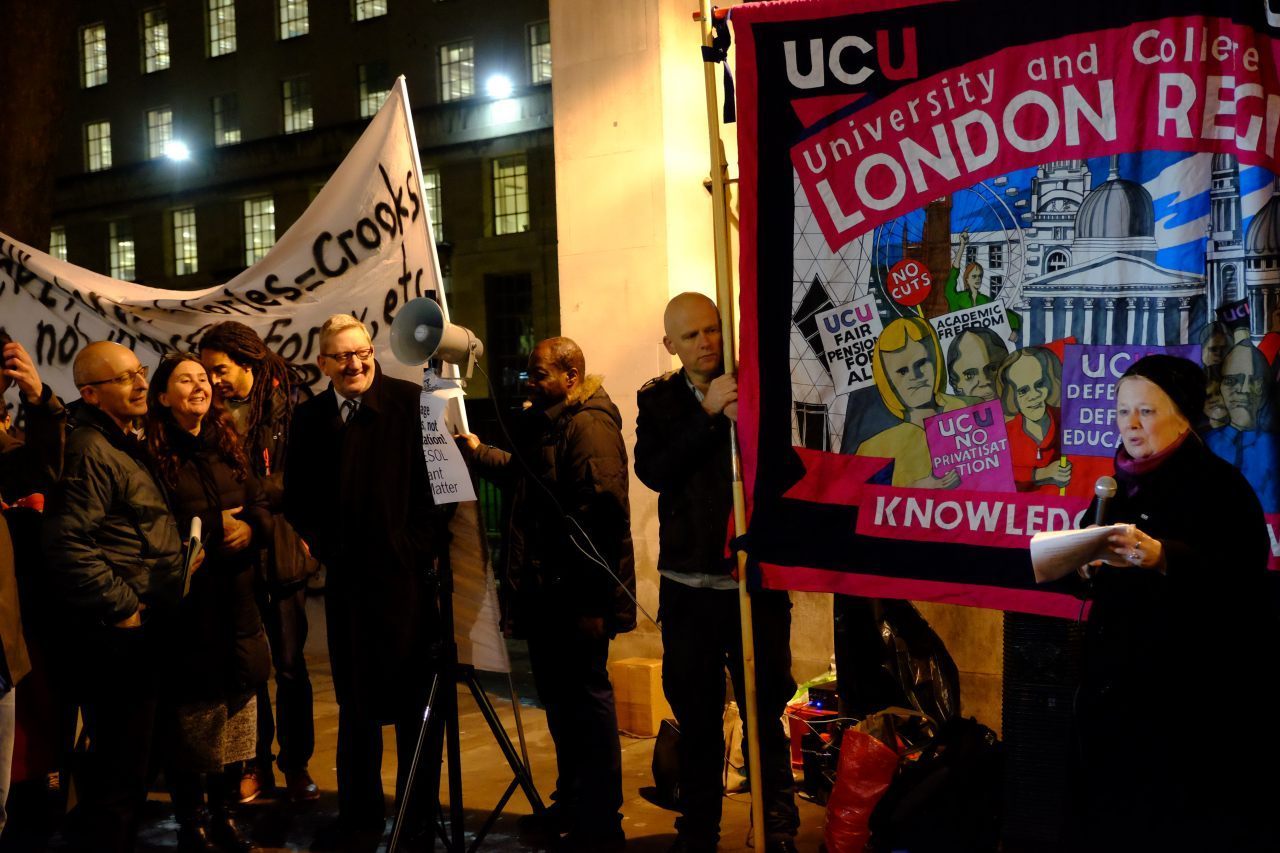 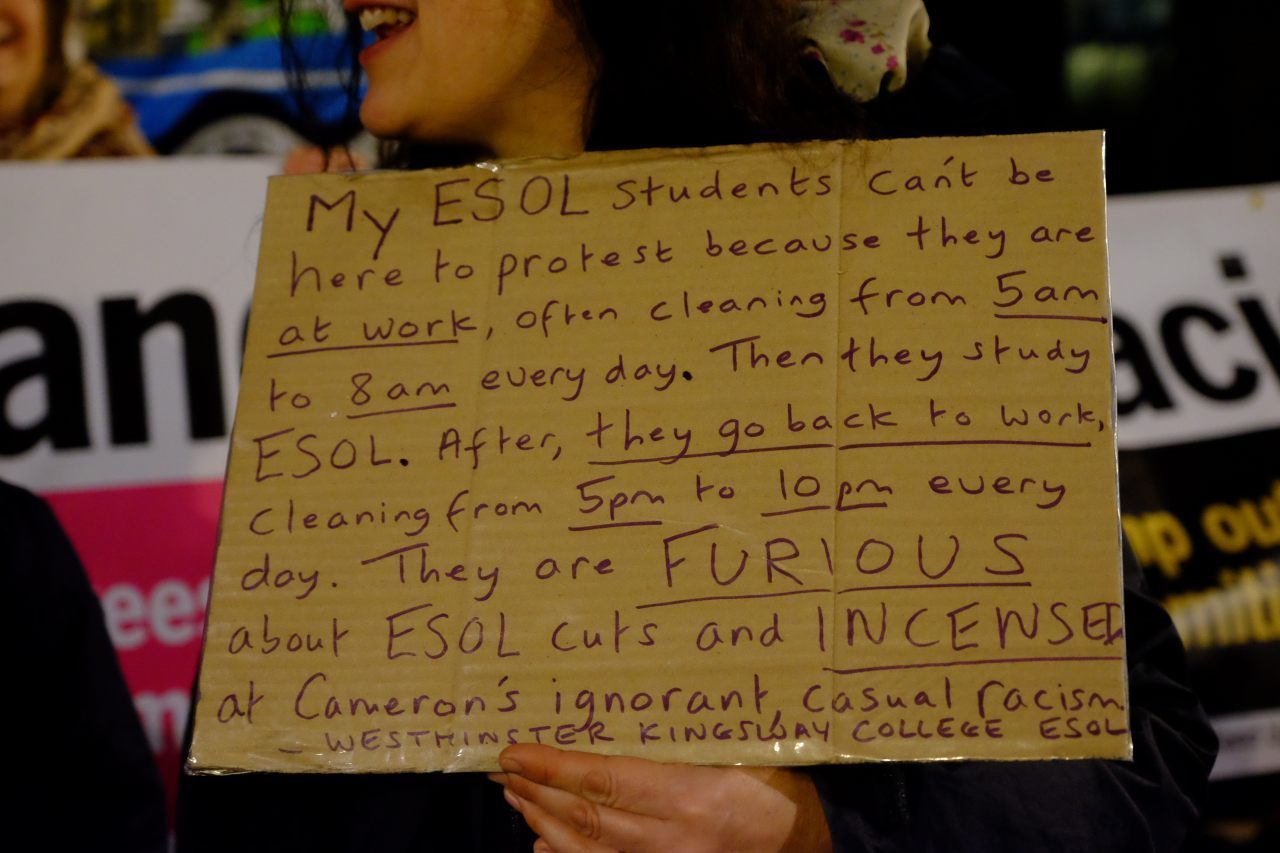 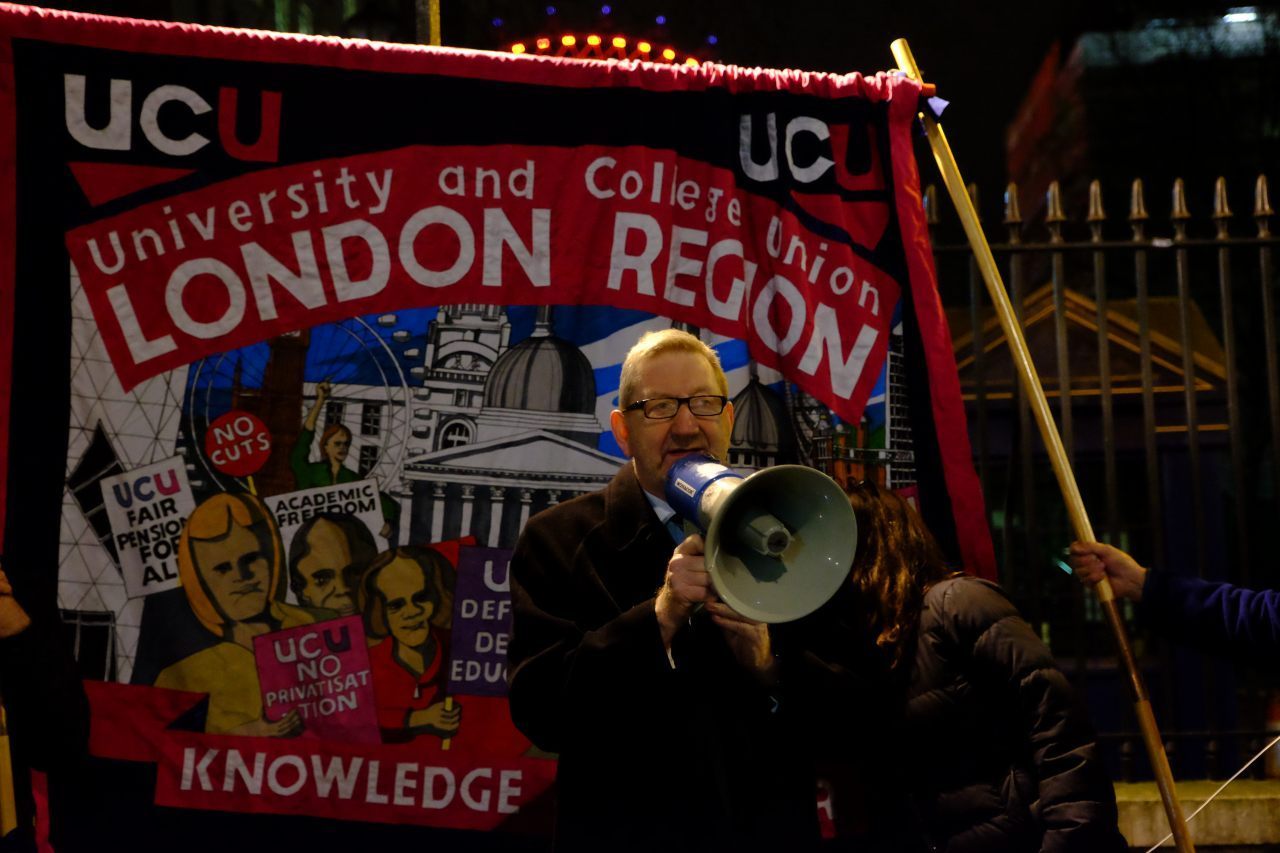 He didn’t need a megaphone. 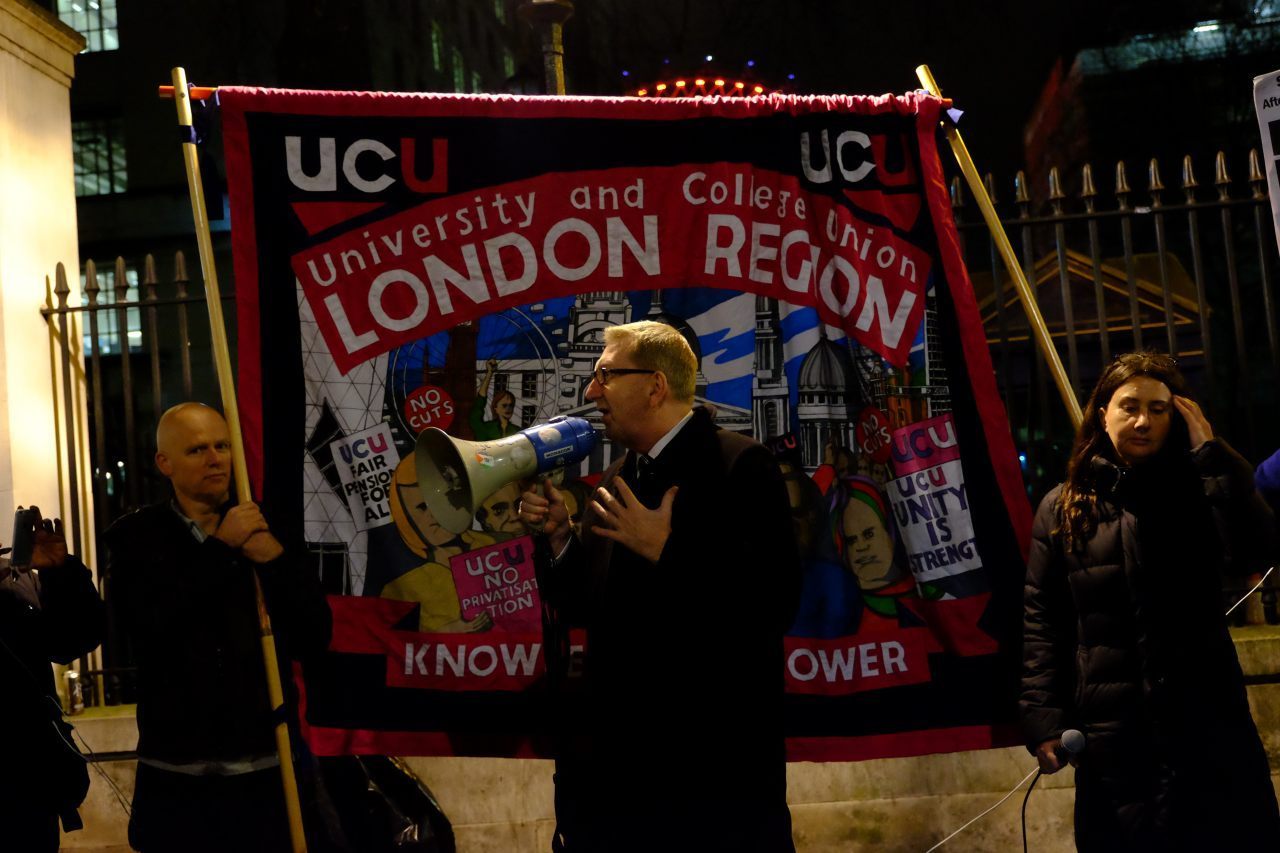 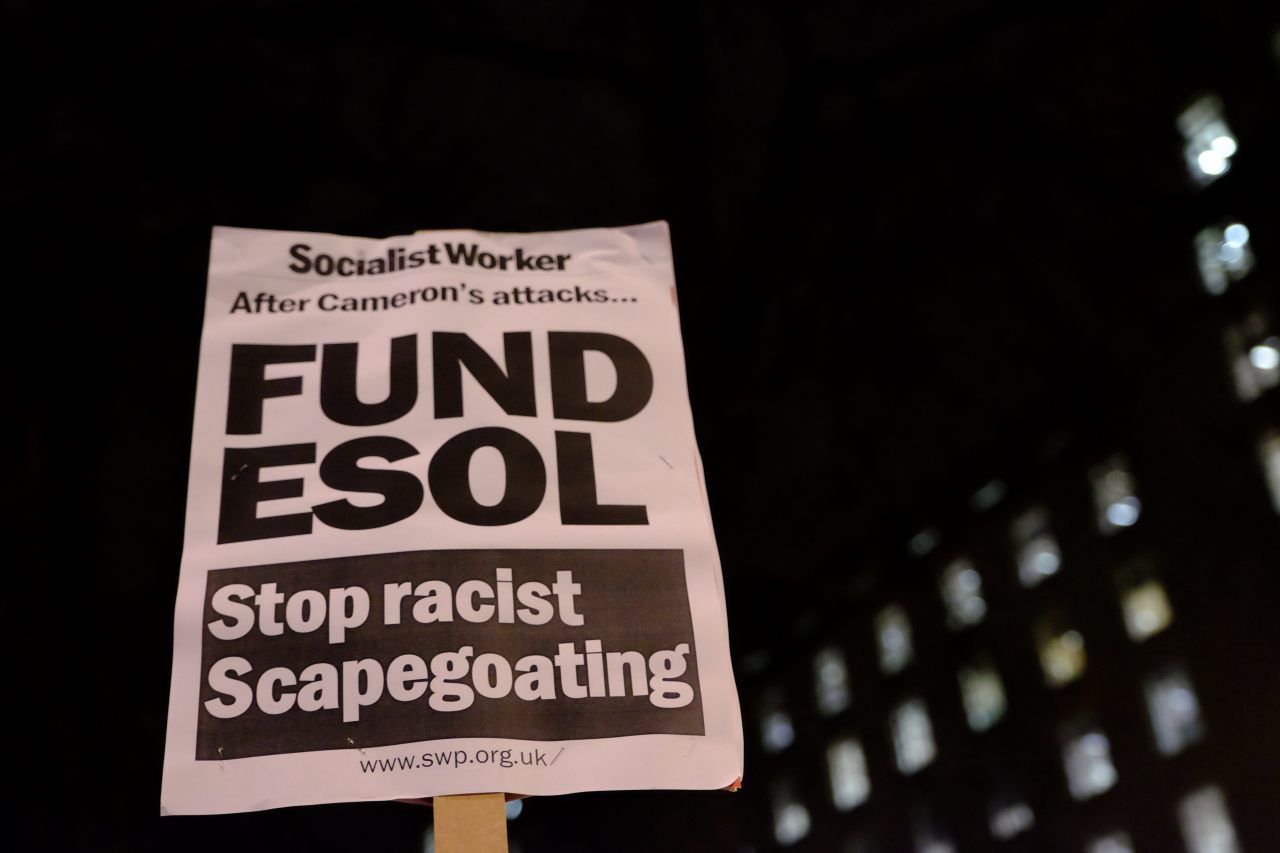 The Socialist Worker party use a LOT of paper for their signs. Not environmentally friendly 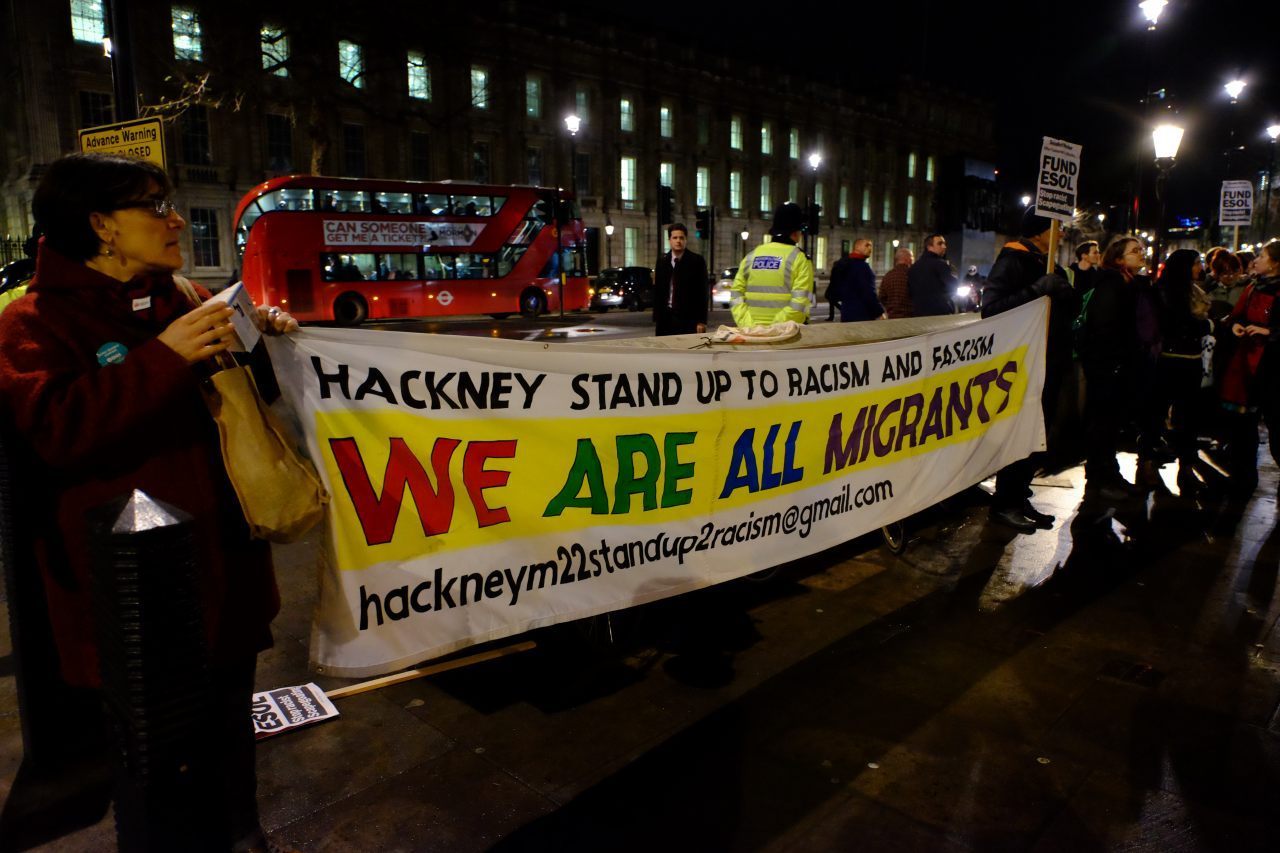 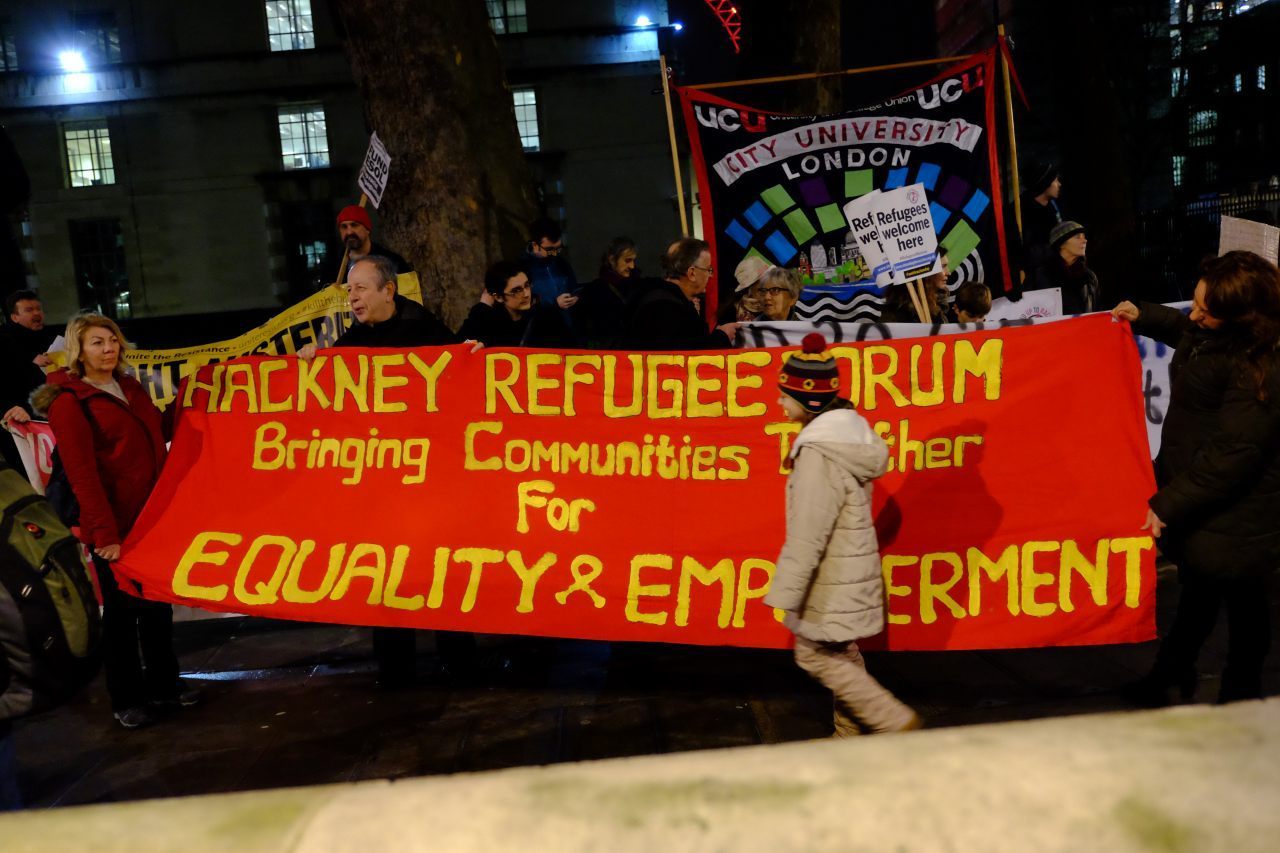 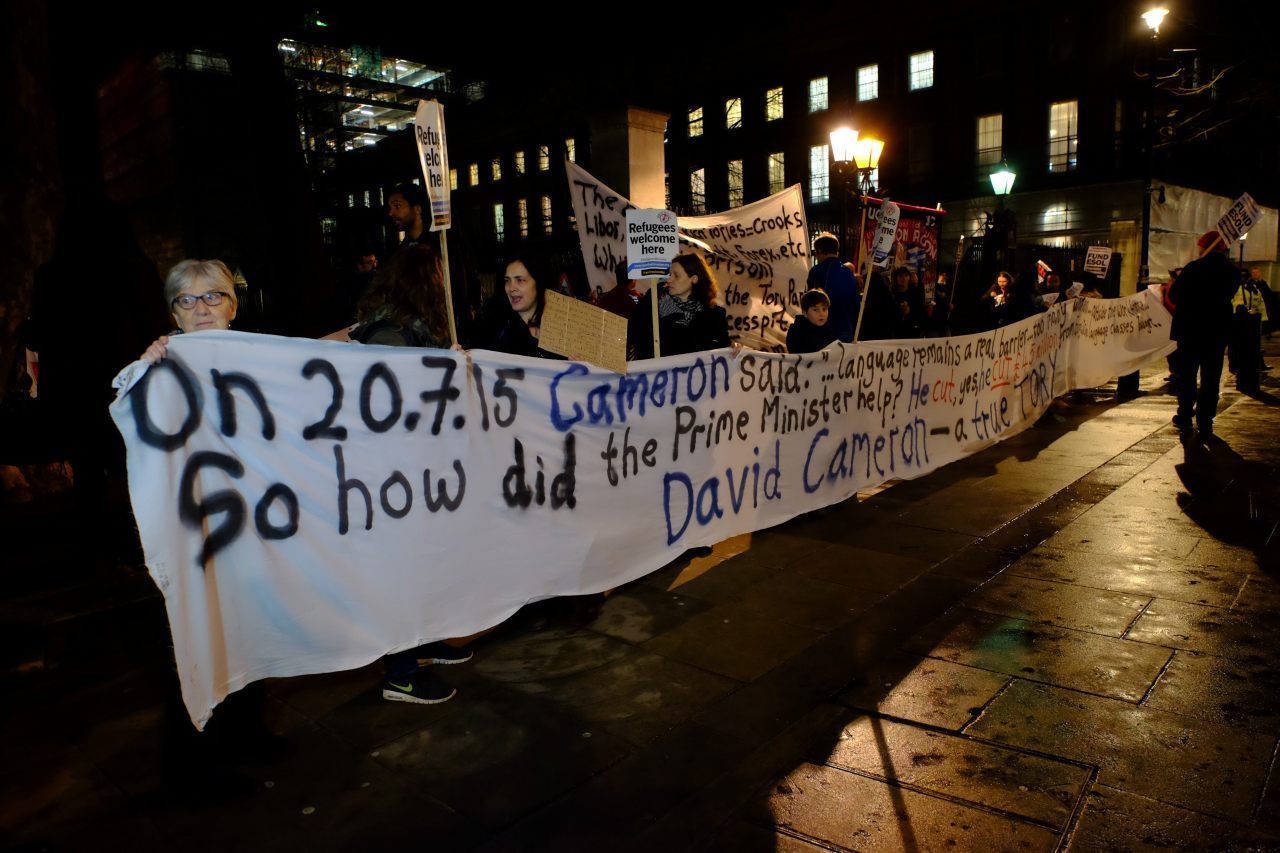 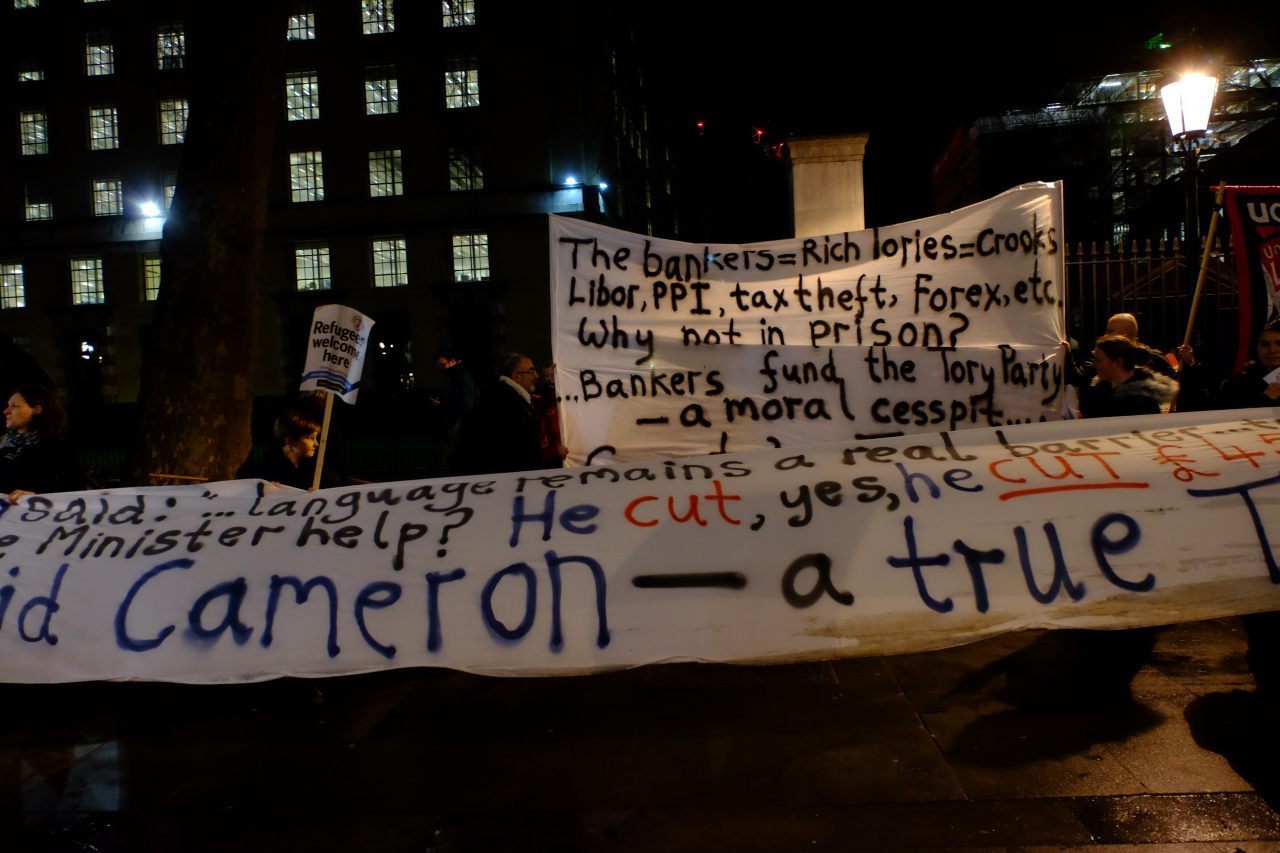 “The bankers”… who overwhelmingly support open borders and mass migration… because it helps with cheap labour. 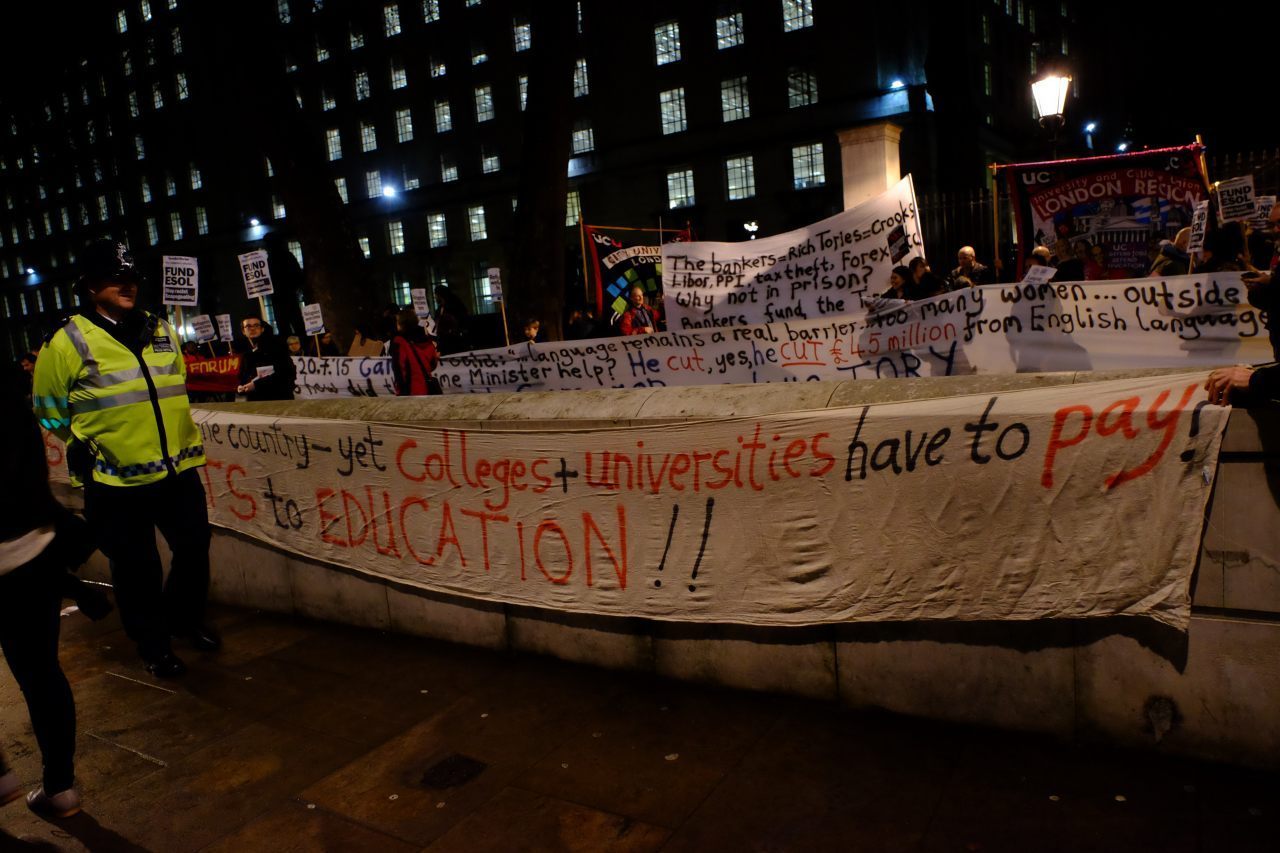 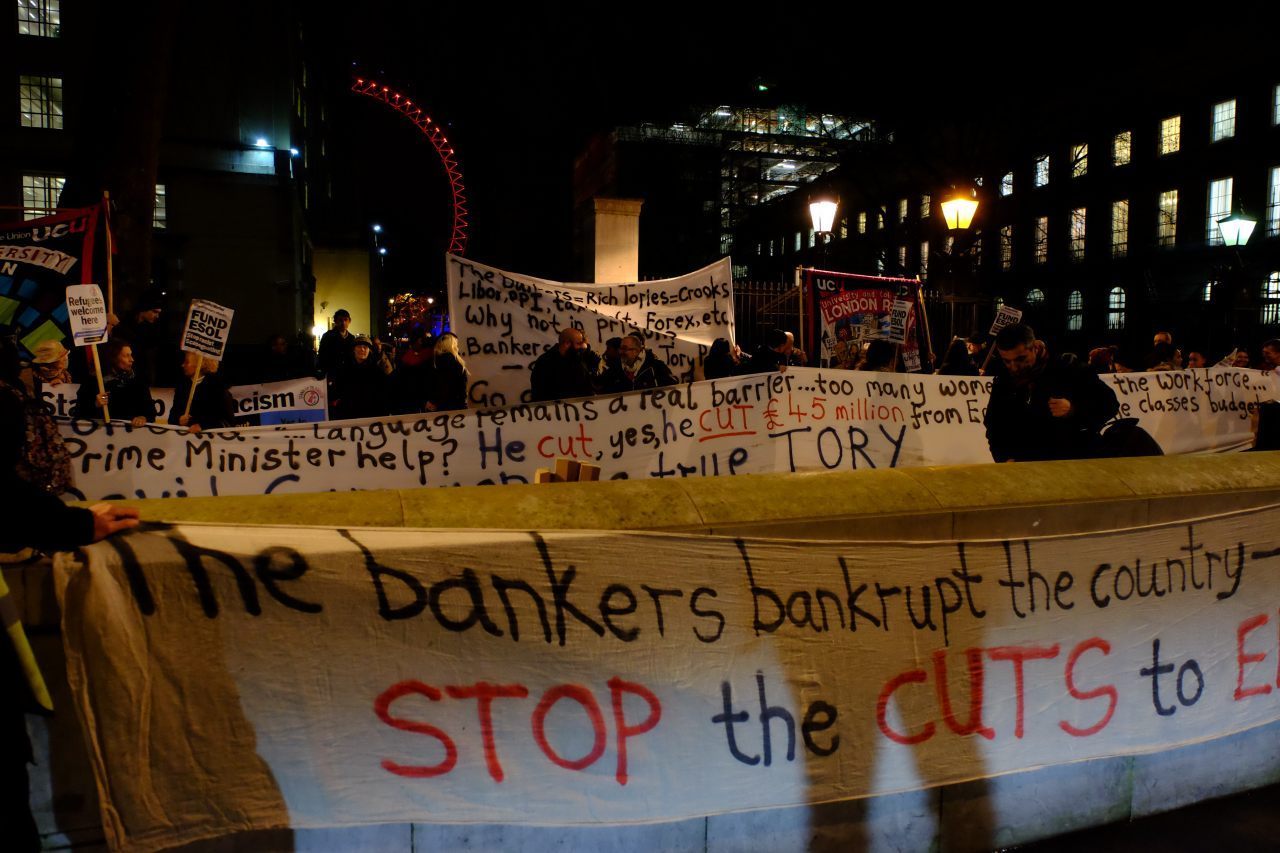 We agree. The bankers DO bankrupt the country. By supporting mass migration