The Green religion is dying. You can see the evidence of this in the latest Gallup survey showing the number of Americans who identify as “Environmentalist” down to 42 percent (from 78 percent in 1991). But even more telling, I think, are the glimmers of anti-Green scepticism we’re now starting to see in movieland and on TV.

All right, so Michael Crichton got there first with State of Fear (2005) but that movie would certainly never have slipped under the net if it hadn’t had the creator of Jurassic Park‘s name attached. It’s only in the last couple of years that screenwriters have started to recognise what a good idea it is to choose environmentalists as your bad guys: pure evil draped in cuddly, fluffy sanctimoniousness is drama gold.

See, for example, Kingsman (2014) which cast Samuel L Jackson as an insane Malthusian bent on wiping out most of the human race for the good of the planet; and also Utopia (2013), the genius, black as your hat thriller (insanely nixed after its second series by Channel 4) about a similar “the Earth has a cancer; the cancer is man” type conspiracy.

Now there’s a Nordic Noir TV series I strongly recommend you watch – just out on DVD – called Follow The Money. The Guardian hated it – which is a recommendation in itself. But what’s even better is the reason why I suspect the Guardian hated it: it couldn’t quite get its head around the fact that the bad guys aren’t in Big Oil or the Military Industrial Complex or some faceless corporation. Instead, the baddies work for a renewable energy company with the caring, sharing name Energreen. 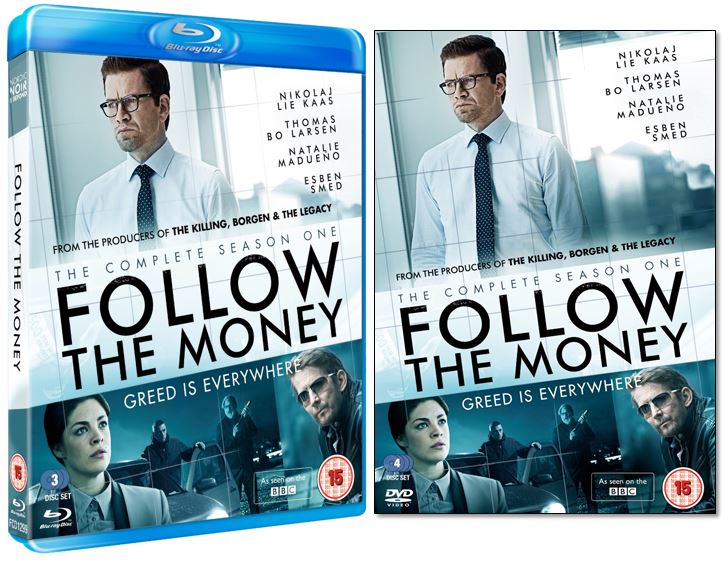 This is a brilliant conceit – if, to me, a blindingly obvious one. If you’re going to write a thriller about devious corporate types engaged in a massive conspiracy the obvious place to set it is in the renewable energy sector because – being entirely dependent on government regulation, special favours, compulsion, dodgy data and outright lies – it lends itself so naturally to corruption and intrigue.

It was written by Jeppe Gjervig Gram, creator of Borgen – Denmark’s answer to The West Wing. Disappointingly, it turns out that Gram is not at all anti-green: he actually likes wind farms. So why then, I asked him, did he make his renewable chums the bad guys?

“In the same way, it would have been so easy for us to make the bad guys work in fracking or tobacco. But I wanted to set it in an industry that people believe in, that they think is going to be the future. The wind industry is perfect for this because everyone in Denmark likes it. I know I do.”

What’s most telling for me, though, is the reason Gram gives for having chosen renewables in particular.

“It’s so susceptible for fraud,” he says. “The big pension funds all want to put money in it because people are more and more ethically aware and want their money to go somewhere ‘good’. Which means that nobody asks too many questions. If I was a fraudster, that’s where I would be.”

The wind industry is huge in Denmark. And the Danes are very green. So I was pleasantly surprised to hear from Gram that there’d been no adverse reaction back home to Follow the Money‘s pretty nakedly anti-environmentalist plotline.

Perhaps this is just wishful thinking on my part. But I think it might be a hopeful sign. As the Italian Marxist Gramsci recognised, if you want to win the political wars then first you have got to win the culture wars. If even left-leaning, green-tinged screenwriters like the guy behind Denmark’s answer to The West Wing are starting to see the light then things are looking up for that hitherto beleaguered minority of us who have known all along that the Enviro Nazis and their fellow travellers and useful idiots are some of the most dangerous and repellant people on the planet.

By the end of the decade, I’m now pretty confident, we shall finally see the long awaited Hollywood screen adaptation of my book Watermelons. The big question is: who should play the author? Robert Redford, clearly, is too old. Mark Ruffalo is too obscure. Ed Begley Jr is too weird. Jude Law is too much of a ham. Leo DiCaprio is too stupid. Brad Pitt just not good looking enough. Over to my casting agent, I guess.

Follow the Money is available now on DVD & Blu-Ray through Nordic Noir & Beyond.