SOUTH DEVON, United Kingdom – Following her change of heart over leaving the European Union, the electors of Conservative Member of Parliament Dr. Sarah Wollaston have told Breitbart London how they think she should resign her seat in parliament, especially having been elected as a notional Eurosceptic.

There can be no doubt England’s South-West is a predominantly pro-independence area. The streets and lanes in Sarah Wollaston’s rural constituency are dominated by Vote Leave banners and posters.

Dr. Wollaston was elected last year, at least in part, for her stance on Britain leaving the European Union. But now she’s changed her mind, so too have her constituents.

Retired accountant Dianne Formstone, 75, was one who felt let down by Dr. Wollaston’s politicking. She told Breitbart London: “I hope no one will vote for her again. One minute she’s saying one thing and singing its praises, and the next she’s turning around and saying we’ll stay. And it isn’t doing this area any good. 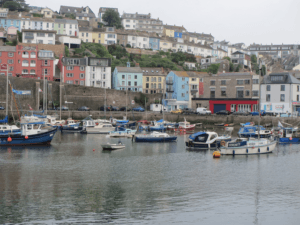 “This is a large area with a lot of old people. The fishing industry is important. And in the EU, we are all suffering from that — particularly the fishing industry. We’ve got the marvellous port of Brixham, and they should be allowed to fish in our own waters and to get all the fish they possibly can without others coming in”.

While many in the Totnes constituency have said Dr. Wollaston should now step down as an MP, Ms. Formstone went further, remarking: “I really feel that she’s let the whole constituency down. She has no business being in government, winning an election on false promises and then at the last minute to change her mind. To me that isn’t a loyal politician. It’s all wrong.

While many in Totnes seemed surprised by Dr. Wollaston’s Brexit U-turn, local independent councillor Andy Simms has had dealings with the MP before and said it was entirely in character. He pointed especially to her suggestion that staying in the EU would help British businesses, and pointed out that her own record with businesses in the South-West was poor. 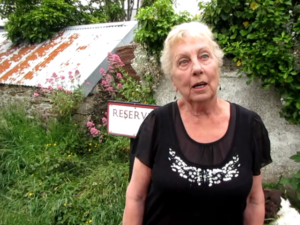 He told Breitbart London: “Sarah has never taken the time to come and do a consultation with the local business community or the chamber of commerce to see how the business community of Totnes has been affected… the grave concern is that Sarah, who initially was an MP who wanted to leave in the referendum, but [has now] decided to remain. She’s given numerous reasons including the benefits to the NHS, if England were to remain in Europe, although she had strongly suggested the NHS would be better off out before.

“She since has said she is doing this on behalf the economy of Britain, and employment that Europe offers for residents of the UK. Yet at no point has been concerned about employment for the residents of Totnes or the South West of England, let alone those of the UK. I’m struggling to find good reason for why Sarah would choose to take the action she has, other than to further her political career.

“I feel strongly that she has misguided and misled. There is a strong outpouring of support for the leave campaign in the South West. Given the historic market town status of Totnes, and the historic fishing status of many of the coastal resorts around this area Sarah had led these people to believe she was fully in support of returning fishing to how it was, and British fishing not being restricted by quotas.

“I feel that she has failed in these things, and continues to fail”.

Fishing is important in Dr. Wolaston’s Totnes constituency. A short drive from the titular town is the ancient fishing port of Brixham, once home to a famous fishing fleet. Today, after decades of EU fisheries policy the only significant seagoing fishing boat moored in the town is French — registered to the home-port of Caen. 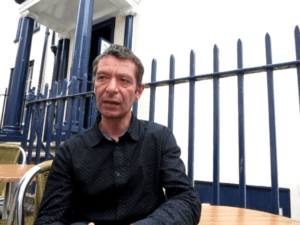 Coming ashore after a day working boats, 55-year-old Simon Pedley says if Dr. Wollaston has misled the public, she should stand down. On the referendum, his mind is made up and he isn’t shy about revealing his voting intention. He remarks: “I will be voting to come out of the EU, because we had a lot more before we went in than we have now”.

It isn’t just the white working class in Britain’s South-West looking to leave the EU. Bangladesh-born owner of the Totnes Kerala South Indian restaurant Alamin Khan is 39-years-old and a passionate believer in Britain reclaiming her freedom.

Speaking as he opened up shop for afternoon trade, Mr. Khan said politicians needed to be more honest and that the Brexit campaign has not been fought clearly, but said his number one concern was immigration.

He said: “My view is if we stay with the EU we will get lots of trouble, lots of problems. I am an immigrant — some immigrants from abroad, I don’t mind. But you’ve seen in the past year how many migrants come to Europe, and they are life-threatening. People are dying every day when they come by sea — there is no border control!

“If we open up, there is big trouble in the UK. The NHS is already struggling with a lot of things. If you go to central London, you can see how people are struggling.

Mr. Khan said British voters were among the best informed in the world, and had the English language on their side.

Less certain about the 23rd was swing voter Chris Davis, 66, who admitted although he hadn’t made his mind up yet he was leaning towards voting to leave. He called Dr. Wollaston’s U-turn “feeble”, said that she should seek re-election, and that Britain could look to the Commonwealth after leaving the EU.