Several terror attacks in Germany, the UK, and elsewhere within the last weeks have shown that the critics were right. Migration and security are interconnected. Proponents of open borders, who would rather transform the EU into a free travel agency than change their policy, have long denied this. Moreover, they are still in denial. They reject the idea that the European Union (EU) must restrict the influx of migrants and refugees.

First, the EU must be transformed into a fortress.

As of now, any migrants and refugees reaching the shores are housed and fed. Even when they are denied asylum they are not returned to their home countries.

Not returning refugees, while providing access to welfare is the main incentive for people to come to the EU. This pull factor, together with the partial closing down of the Balkan route, has diverted the refugee trek to the Mediterranean route.

The combination of pull incentives and at the same time closing down the most hazard-free route has again led to a rise of people dying while crossing the sea. Over 3,100 have perished in the past seven months in the Mediterranean compared to around 1,900 over the same period in 2015. Removing the incentives for immigration and securing the borders will help to avoid such suffering.

Securing the borders, secondly, has to be approached in a much different way. Relying on Turkey’s dictator, Erdogan, is wrong. 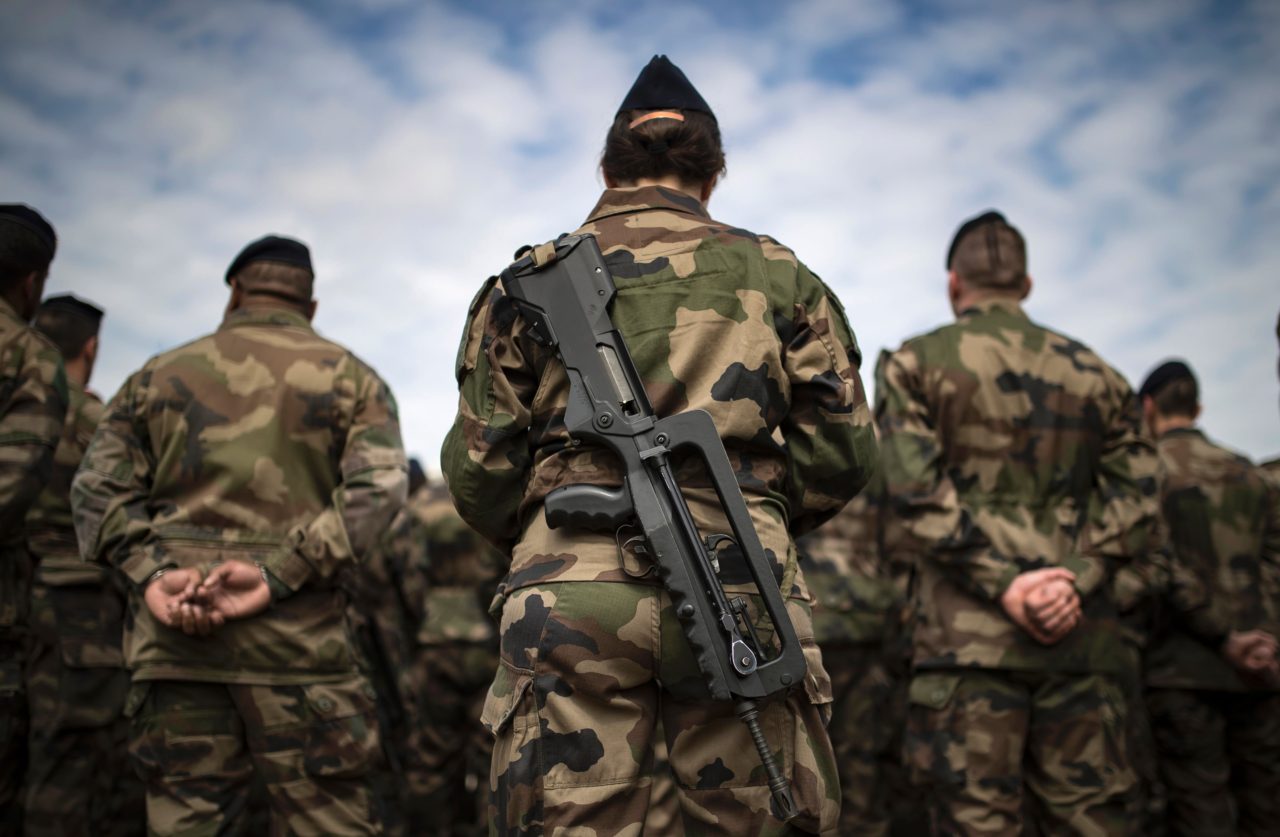 This photo taken on July 25, 2016 at their command centre of the anti-terror Vigipirate plan, dubbed “Operation Sentinelle,” in the fort of Vincennes, on the outskirts of Paris shows French soldiers during a visit by France’s President Francois Hollande (IAN LANGSDON/AFP/Getty Images)

Effectively, Merkel and the other supporters of the deal with Turkey have outsourced the grand sovereign task of protecting the borders and providing security. Not only is this equivalent to giving up sovereignty, but also transferring sovereignty to a foreign dictator, who, lately, has neither been able to find nice words about the west nor to conduct internal affairs in a civilised manner and in line with Western standards. Because of this, Greece is not returning refugees to Turkey. This deal has to be terminated.

Thirdly, the permanent relocation mechanism has to be scrapped. It is not working anyway. Relocating refugees and migrants across Europe is the seed for distrust between European countries. Eastern members of the EU are right in rejecting this mechanism. Moreover, it provides an incentive for the EU members in control of its external EU borders, to not conduct their job appropriately. It is also a parody of the idea of free movement of people within the EU.

We should talk about free movement and the Schengen-system much more. If we want to keep Schengen, i.e. no border controls within the EU, having strong control over external borders is a prerequisite.

Australia stands as a role model. The Mediterranean countries will have to step up their efforts to maintain a coast guard that serves their need. Their effort would be supported if the EU could agree to establish asylum centres offshore, which would be exclusively in charge of accepting asylum applications.

Effectively, this would scrap any incentive to undertake a hazardous journey to the EU. Controlling the borders would be much easier as then only people with criminal intent would want to enter the EU illegally, while migrants and refugees would head for the asylum centres. It would be very helpful if these asylum centres would be chartered as offshore free havens, similar to Hong Kong, as Pieter Cleppe of Open Europe has proposed. The EU must become a fortress; off shore free havens for migrants can then function like marketplaces close to its drawbridge.

Regaining control over migration and borders is the key to security. Yet I cannot see that the establishment alters its course.

Migration policy will collide with security. Instead of rectifying migration policy, the establishment will adapt its security measures. Then, the peoples of Europe will not only be harmed by the horrible wrong of mass migration but also by an ever-expanding surveillance state.

In reaction to the terrorist attacks, Merkel has announced a 9-point-plan. Among others, she wants to introduce measures to decrypt internet communication, plans to use the military for policing, tighten the already harsh gun laws, and improve cooperation of EU security agencies. These measures do not hit criminal migrants exclusively but target the peaceful population as a whole.

Big brother is going to be more intensely watching than ever before. Yet in Germany, we have not seen terrorist attacks that need planning. Radicalised individuals have formed the first wave of attacks. To prevent sophisticated attacks like in Brussels and Paris, we have to act now and close borders quickly.

The establishment has chosen a collision course with reality and the people have noticed. As sad as it is, each wreckage is as much a failure of Mrs Merkel and her supporters as it will harm innocent people. Opposition parties like the Alternative für Deutschland in Germany will continue to grow their support, until, finally, we are able to change the course. It is time for the people to win back control over their government from an elite that is pursuing disastrous goals to the detriment of the wealth of nations.

Beatrix Von Storch is a Member of the European Parliament in Germany, and represents the Alternative fur Deutschland party