LONDON (Reuters) – The British government’s legal reasons for stating that Prime Minister Theresa May has the power to begin divorce proceedings from the European Union without parliament’s authority were made public for the first time on Wednesday.

In its submission ahead of a Brexit court challenge next month, the government argued that it had been “unequivocal” that the outcome of June’s referendum would be respected and that constitutionally a decision to withdraw from the bloc was a power that only MPs could take on behalf of the monarchy.

A series of claims have been brought to force May and her MPs to accept parliament must trigger Article 50 of the Lisbon Treaty, the formal exit procedure.

Gina Miller, a co-founder of London fund manager SCM Private, is the main claimant, who says she hopes their action will force a more informed debate on Brexit and its implications.

The official response to these claims was made public after lawyers acting for another group involved in the legal action won permission to publish the government’s defence case.

“The court’s order allows a floodlight to be shone on the government’s secret reasons for believing it alone can bring about Brexit without any meaningful parliamentary scrutiny,” said John Halford, the lawyer presenting a group which calls itself “The People’s Challenge”.

May, who has said Article 50 would not be triggered this year, told parliament earlier this month the decision on when to do so was a prerogative power, one that MPs can take on behalf of the Crown. 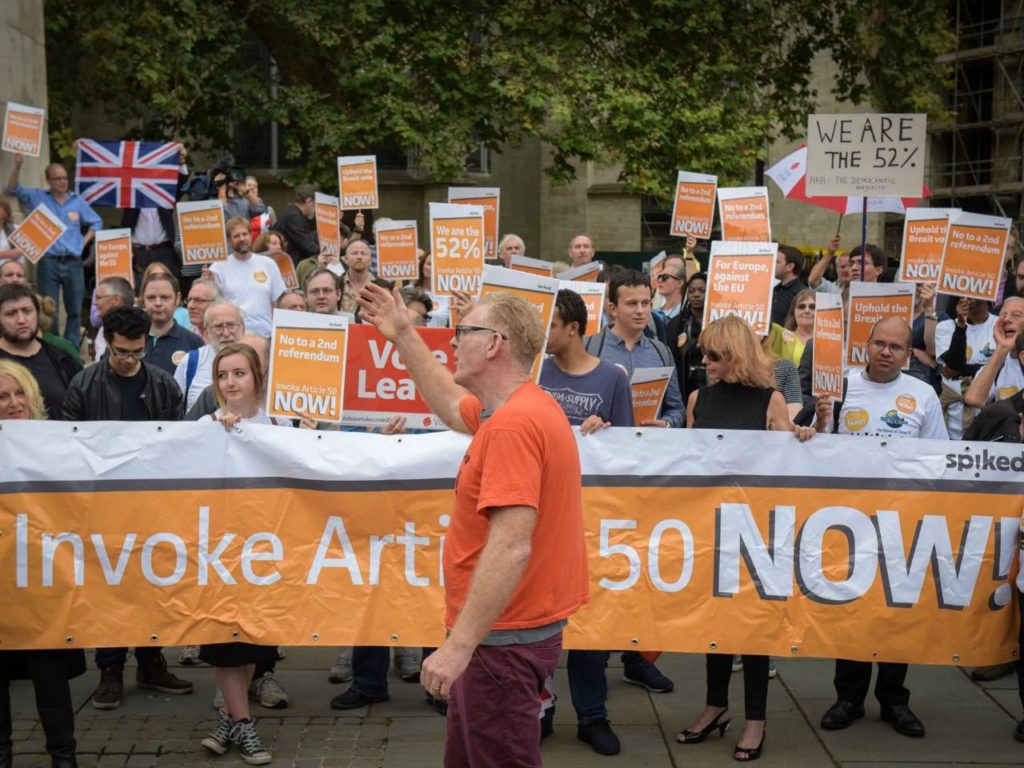 “No one should be in any doubt that those who are trying to prolong the process by their legal references in relation to parliament are not those who want to see us successfully leave the European Union,” she said. “They are those who want to try to stop us leaving.”

Those bringing the challenge’s principal argument is that triggering Article 50 without an act of parliament would undermine the rights enacted by European Communities Act of 1972, passed when Britain joined the EU.

In its submission, the government said this argument was unfounded.

“It would be constitutionally proper to give effect to the referendum result by use of prerogative powers,” it said.

“It was clearly understood that the government would give effect to the result of the referendum for which the 2015 Act provided, and that was the basis on which the electorate voted in the referendum.”

The submission also spelled out that it also did not need the agreement of Britain’s devolved parliaments in Scotland, Northern Ireland or Wales, saying they did not have any “competence” over foreign affairs.

It also argued it would be constitutionally “impermissible” for a court to force ministers to introduce legislation.

The Lord Chief Justice, the head of the judiciary in England and Wales, is due to oversee the case next month and lawyers expect whatever the outcome it will be appealed to the Supreme Court, the highest in the land, in December. Its ruling will be final.

Victory for the claimants would mean parliament would have to debate triggering Brexit, vote on Article 50 and then pass legislation, a process which could delay an EU exit.