The entrance to the immigration centre welcoming busloads of ‘child’ migrants every day from Calais has been obscured by a 15ft high scaffolding and canvas fence, hiding the identities of new arrivals.

The giant barrier appeared overnight, 24 hours after the migrants began arriving with blankets over their heads. It was unveiled on the same day the first ‘child migrant’ was proven, with hard evidence, to be over 18.

Welcoming the migrants to London was a growing crowd of pro-mass migration activists, led by the Citizens UK group, who are funded by liberal billionaire George Soros and his Open Societies Foundation. 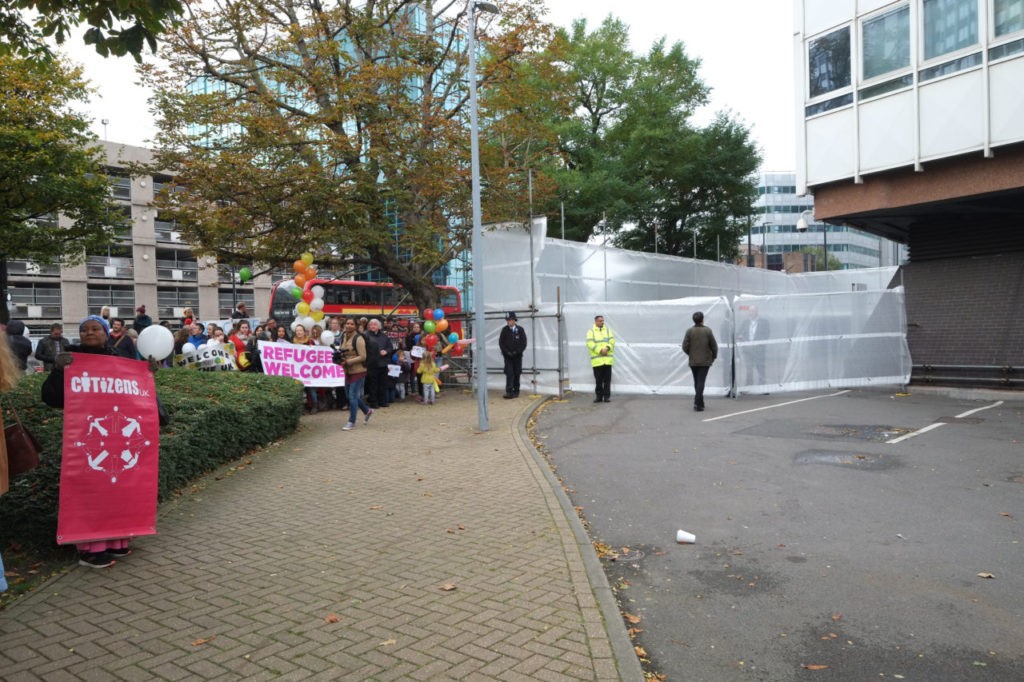 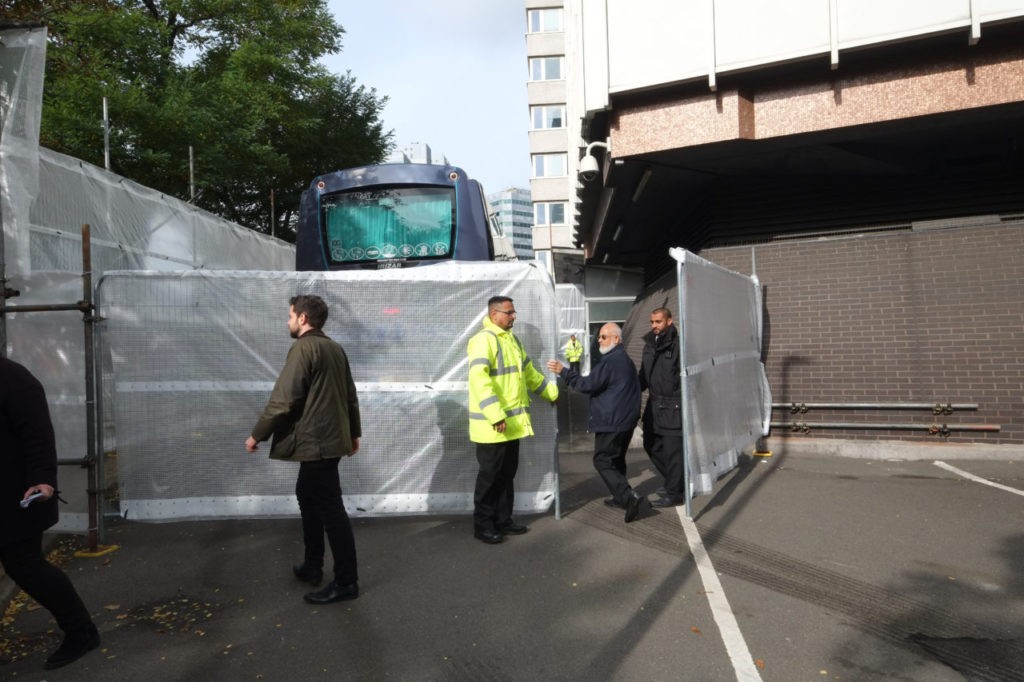 On Thursday, immigration officials insisted the migrants had “requested” to be hidden, but the erection of the fence will provoke further suspicions that officials are attempting to shield themselves from press scrutiny.

The Home Office has previously admitted they have no way of ensuring migrants are children. They simply estimate their ages according to “appearance” and “demeanour”.

It has also emerged that around two-thirds of the ‘child’ migrants who had their ages questioned by the Home Office in the year to September 2015 were found to be adults.

Also today, the Mail Online revealed that it has been proved, for the first time, that one of the recent wave of migrants is over the age of 18. His fingerprints were found on the UK’s biometric database, which could mean he has tried to enter Britain before or has a criminal record. 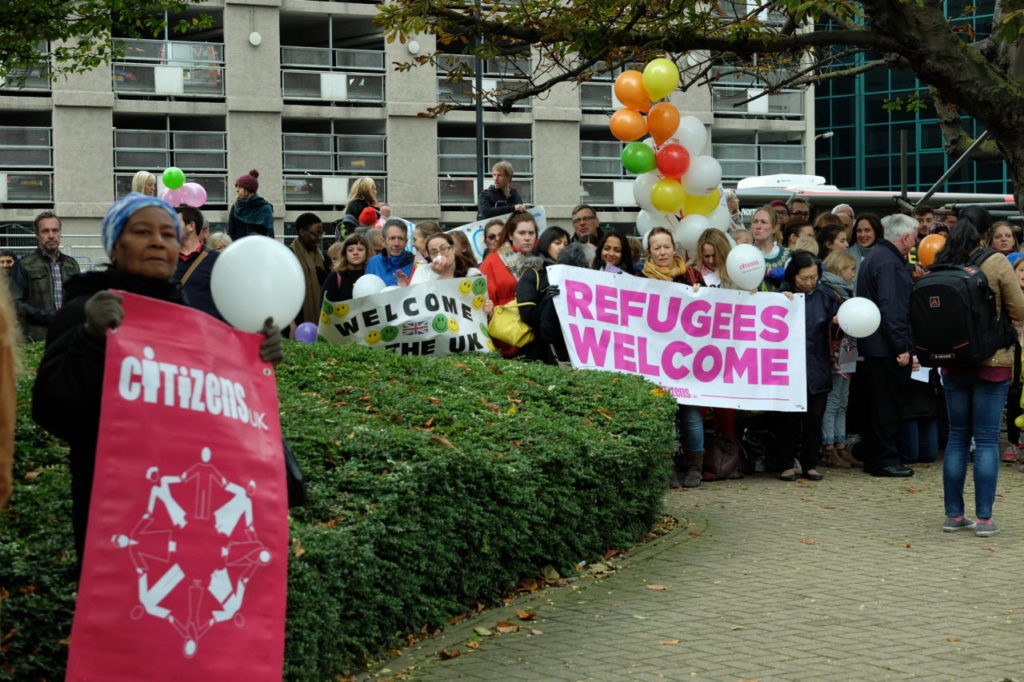 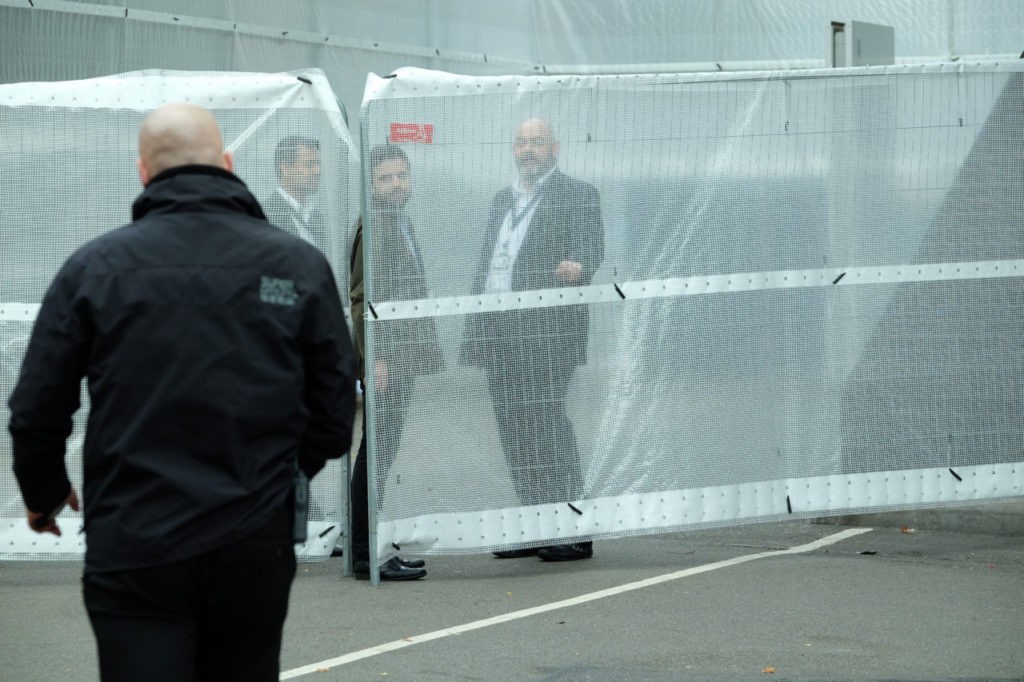 The young men have been arriving thanks to the Dubs Amendment to the Immigration Bill, pushed through by the unelected House of Lords earlier this year.

Despite a manifesto commitment to not admit migrants who are in safe countries such as France, the loophole allows under-18s to be reunited with family members living in the UK, as long as local authorities agree to house them.

However, The Telegraph revealed today that many may not have any family connection to the UK, as well as not being over 18.

According to the paper, the Home Office is failing to verify whether child refugees have family members in the UK capable of taking care of them before they are brought here from Calais. 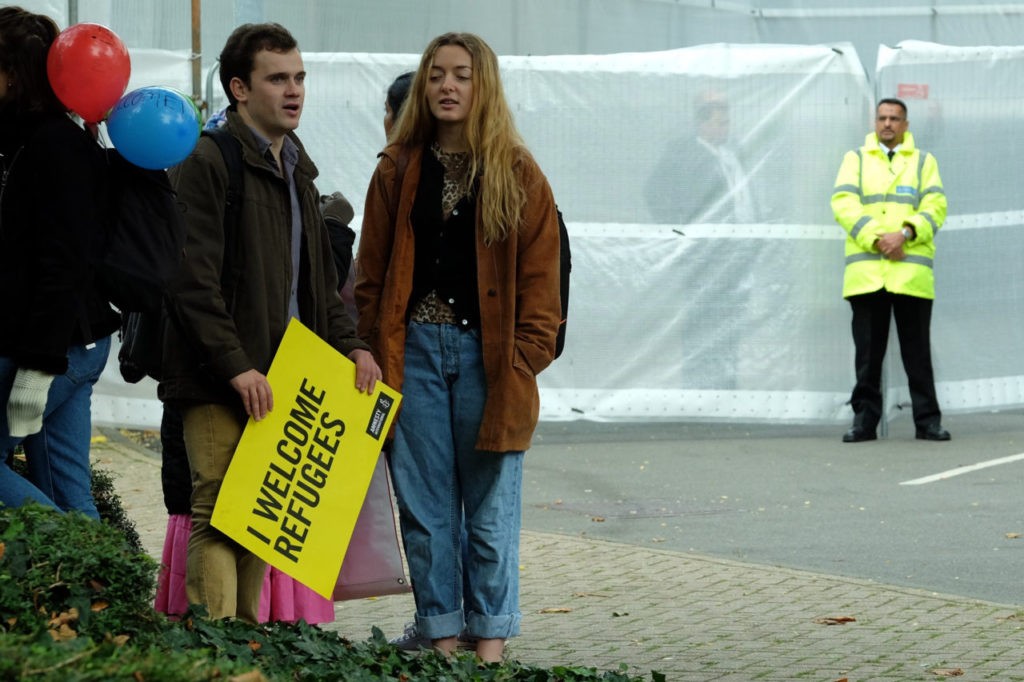