(REUTERS) – The number of migrants sleeping rough on the streets of Paris has risen by at least a third since the start of the week when the “Jungle” shanty town in Calais was evacuated, officials said on Friday.

Along the bustling boulevards and a canal in a northeastern corner of Paris, hundreds of tents have been pitched by migrants – mostly Africans who say they are from Sudan – with cardboard on the ground to try and insulate them from the autumn chill.

While the presence of migrants there is not new, it has grown substantially this week, Colombe Brossel, Paris deputy mayor in charge of security issues, told Reuters. 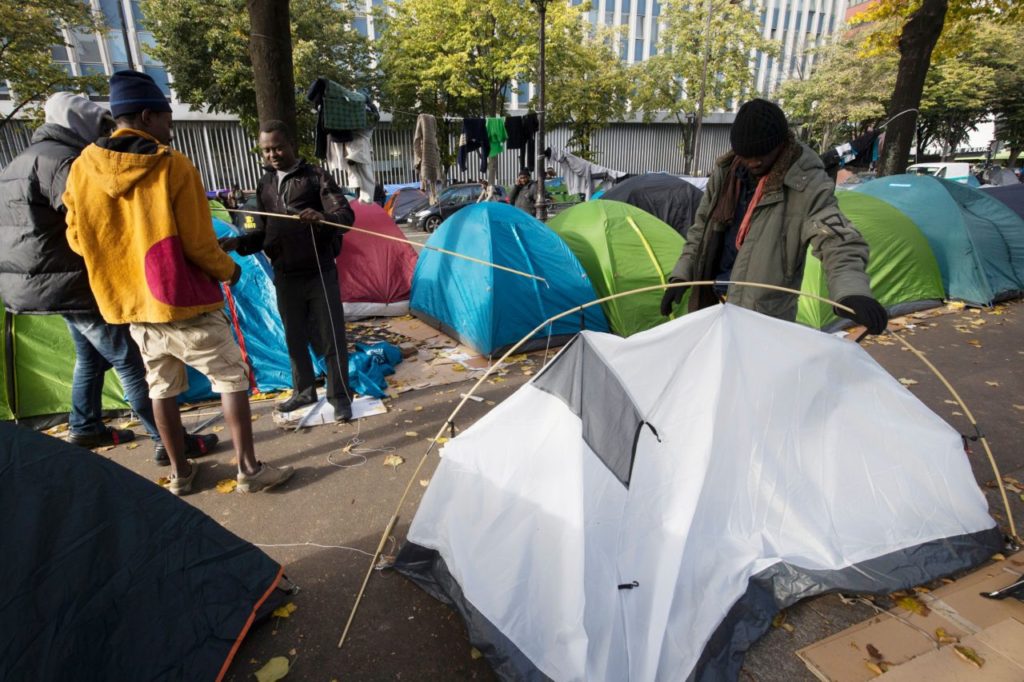 Migrants set a tent in a street of Paris on October 28, 2016 where migrants live in squalid conditions in one of the camps sprouting up around the French capital. (JOEL SAGET/AFP/Getty Images)

“We have seen a big increase since the start of the week. Last night, our teams counted 40 to 50 new tents there in two days,” Brossel said, adding there was now a total of 700 to 750.

“It’s not a huge explosion in numbers but there is a clear increase,” she said. “Some of them come from Calais, others from other places.”

After years as serving as an illegal base camp for migrants trying to get to Britain, the “Jungle” at Calais was finally bulldozed this week and the more than 6,000 residents of the ramshackle camp near the English channel were relocated to shelters around France.

France’s asylum chief Pascal Brice said the arrivals in Paris did not mean there had been a wholesale movement from the Jungle to the capital.

“There might be some movements at the margins (towards Paris) but what is crucial is that those 6,000 people have been protected,” he told Reuters.

Between the Stalingrad and Jaures metro stations in Paris, migrants who spent the night camped out on the median strip of a major road, with traffic passing on either side, had scattered on Friday morning, many carrying their tents while police patrolled the centre of the boulevard.

Migrants and officials said police checked ID papers and asylum requests and later let the migrants return to the central strip of the avenue where they put their tents back up. 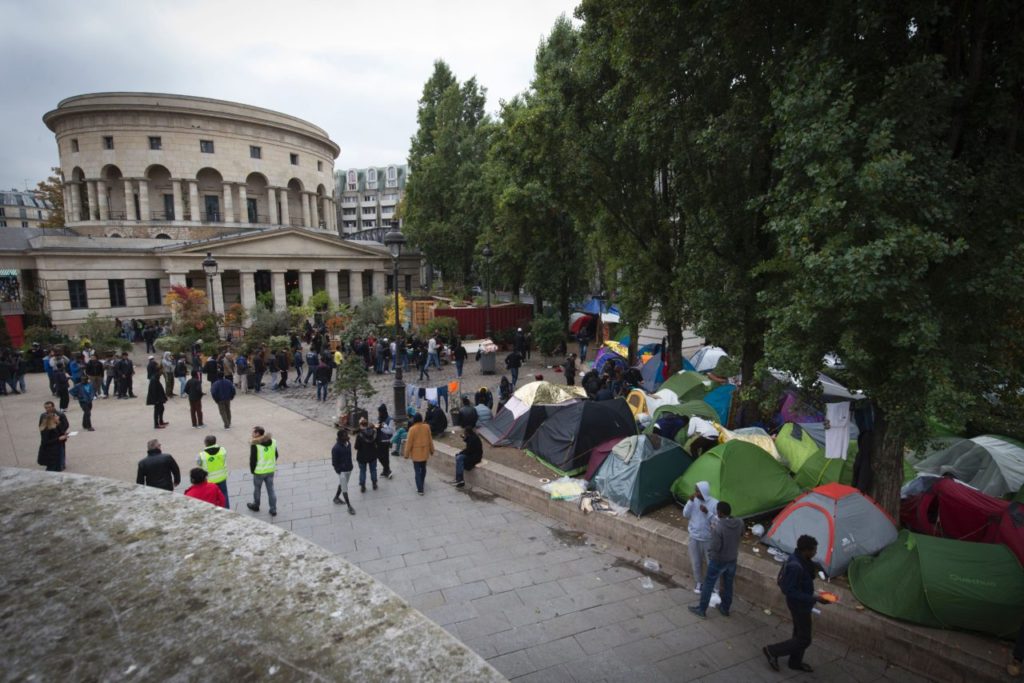 “There’s a lot of new people here,” said Mustafa, 21, from Darfur, as he waited on the side of the road.

Ali, also from Sudan, said: “I see more people than before. People came yesterday and before yesterday from Calais.”

Authorities said the newcomers did not come only from Calais. Others did but had arrived before the dismantlement of the camp.

Ama, a 24-year-old Sudanese who is six months pregnant, said she had come to Paris from Calais, but that was months ago.

“I was in Calais before but I did not find the route (to Britain),” she said. “I couldn’t stay over there being pregnant, it was too hard.”

Deputy Mayor Brossel said it was up to the central government, and not city authorities, to act.

“These people must be sheltered,” she said.

The city of Paris has plans to open two migrant centres but they would only have a total capacity of fewer than 1,000 beds.

Interior Minister Bernard Cazeneuve said later on Friday that the Paris makeshift camp would be dismantled in the coming days.