Three months after the notorious ‘Jungle’ Calais migrant camp was cleared, there has been a surge in the number of migrants gathering in the area in the hope of illegally entering the UK.

The changing situation has led to the closure of a lorry rest area near the coast due to the number of migrants attempting to break into vehicles parked up in them.

Sanef, the French motorway operator, has confirmed one stop on the A16 and a further three on the A26 will stay closed until at least the end of June, The Times reports.

Last month, at a stop in Steenvoorde on the nearby A25, around a hundred UK-bound Eritrean and Sudanese migrants engaged in a territorial brawl, vying for access to the lorries.

Six people required treatment for their injuries after the battle, but no arrests were made. 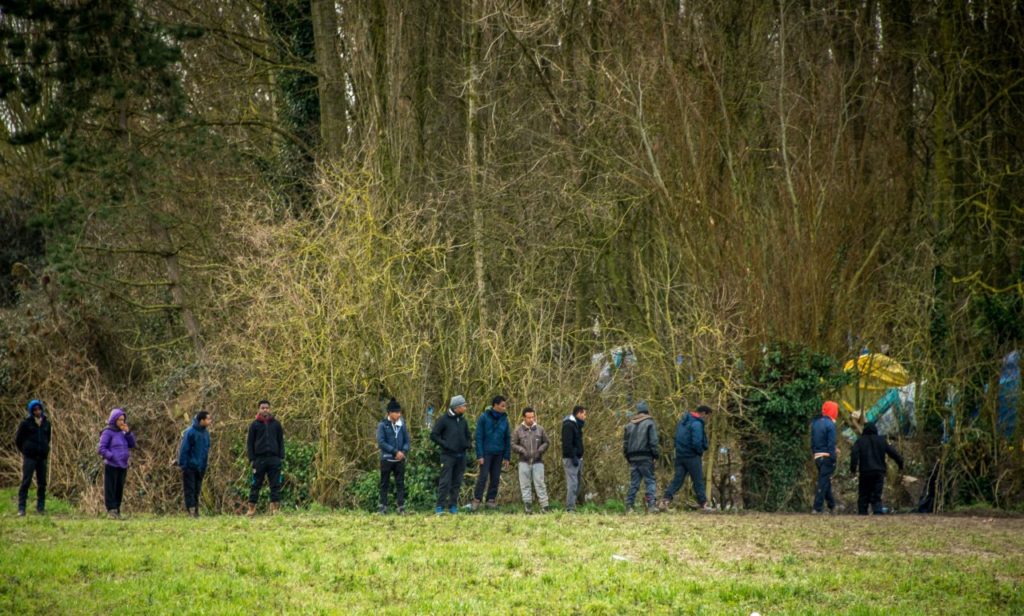 Migrants and refugees gather next to a camp at the edge of a forest on March 7, 2017 near to Steenvoorde, northern France. In Steenvoorde, a camp of some sixty migrants had been dismantled on July 11, 2016, and three smugglers have been arrested. A new small camp was then dismantled at the end of November, a month after the dismantling of the “Jungle” of Calais. (PHILIPPE HUGUEN/AFP/Getty)

Last week Natacha Bouchart, the mayor of Calais, also banned the distribution of food to migrants as part of an effort to prevent the establishment of new camps.

The developments could spark fears of a return to the chaos and violence of the summer – when well over 10,000 migrants were housed in the Calais ‘Jungle’.

Burning barricades were set up in the roads, logs thrown from bridges, and drivers attacked in attempts to stop and board to lorries. And ensuing battles between the migrants and police led to huge delays. 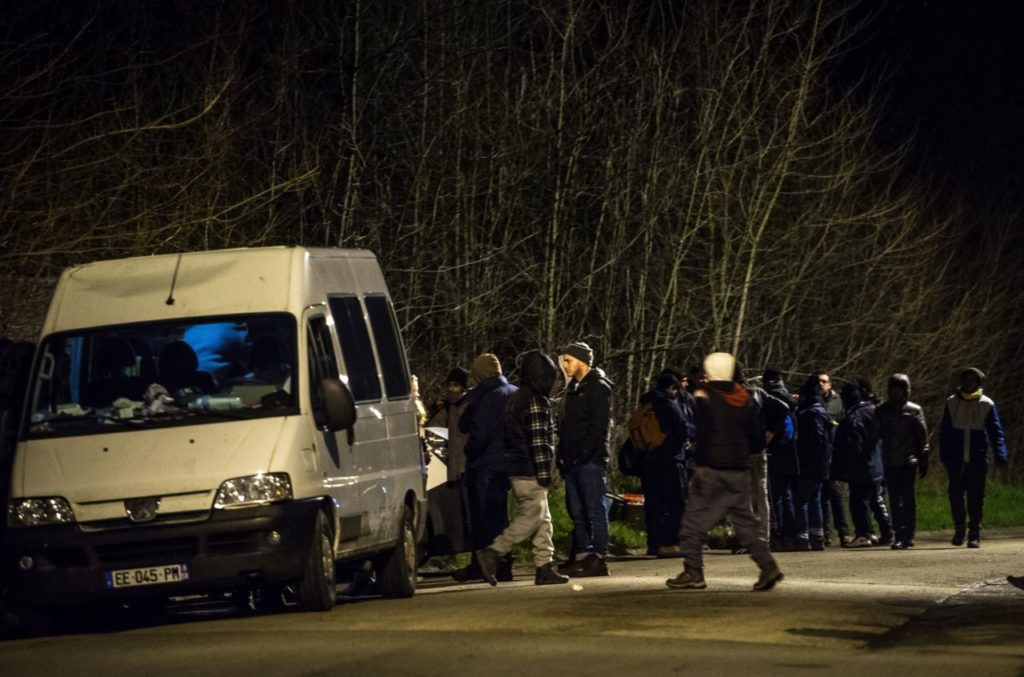 Migrants gather for a food distribution as police car is parked nearby on March 3, 2017 in Calais. (PHILIPPE HUGUEN/AFP/Getty)

“Legally, drivers have no choice but to stop when it’s time to take a break and it’s vital they can park in secure areas where their trucks will be safe”, he said.

“Closing these rest areas means that drivers will be forced to find alternative unsecured stopping points, which could put them at risk of migrants boarding their vehicles, potentially causing damage to their trucks, writing off their loads and leading to heavy fines for their employers.

“Drivers could even be at risk of attack from particularly desperate individuals.”