Left wing groups held an “emergency” protest outside Parliament Monday night, demanding open borders after Brexit and “free movement for everyone”, but just dozens turned up.

The demonstration was to be addressed by Labour leader Jeremy Corbyn, who was to have shared a platform with an American Black Lives Matter activist and National Union of Students (NUS) president Malia Bouattia, who has made numerous anti-Semitic statements in the past. Protesters were outnumbered by press reporters and photographers until word spread that Mr. Corbyn had cancelled his appearance, at which point the majority of journalists departed.

Other speakers included Shadow Chancellor John McDonnell and Ramona McCartney of the People’s Assembly Against Austerity. 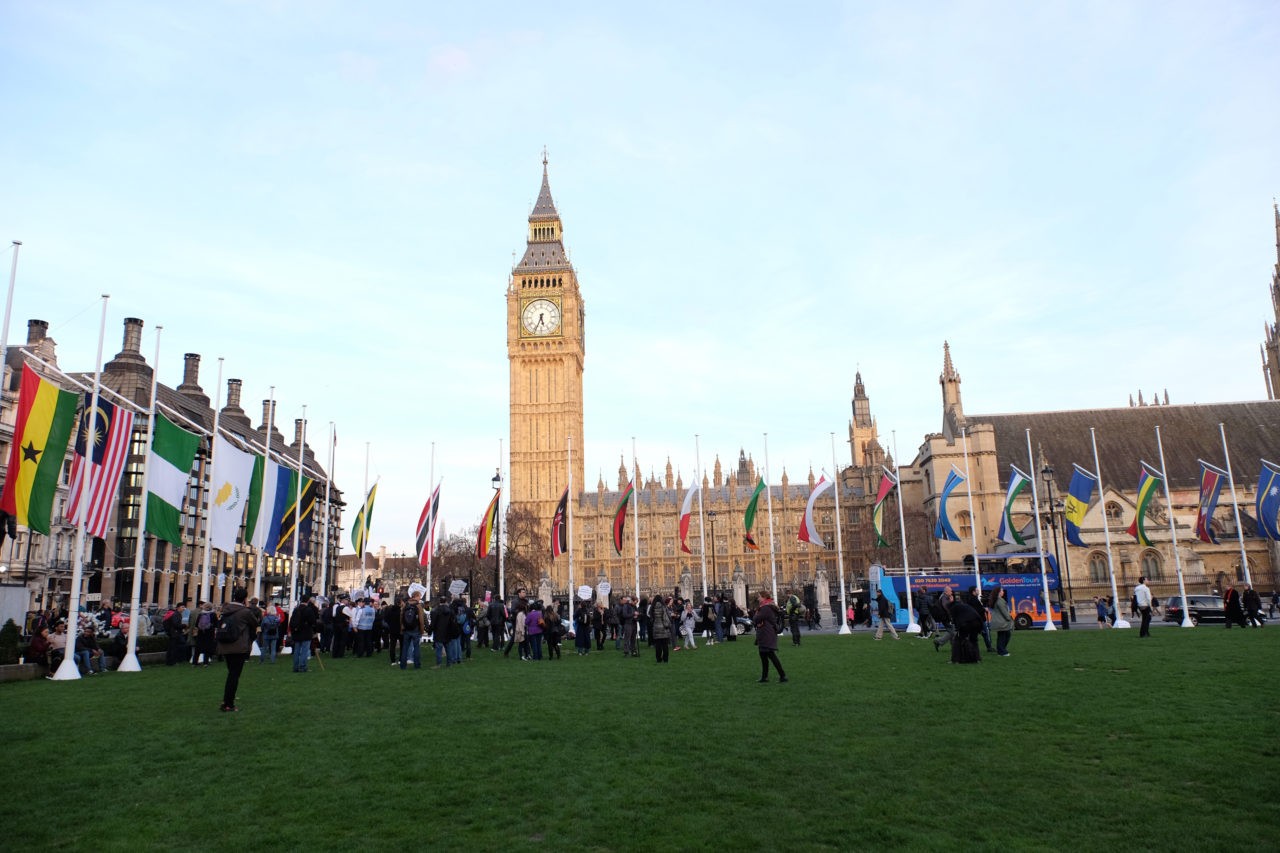 “The Tories will use any excuse to scapegoat migrants to divide communities and deflect from their own damaging policies,” claimed Cardiff People’s Assembly, one of the event’s organisers.

“This is a choice between a society for the few who will use the current crisis to justify their position and a society for the many which recognises the vital and important contributions migrants make to the country.

“We demand the right to remain and freedom of movement for everybody,” they wrote.

Adding: “We must show our support as this important issue goes back to the Commons… The government must guarantee the rights of 3 million EU nationals to remain in the UK.” 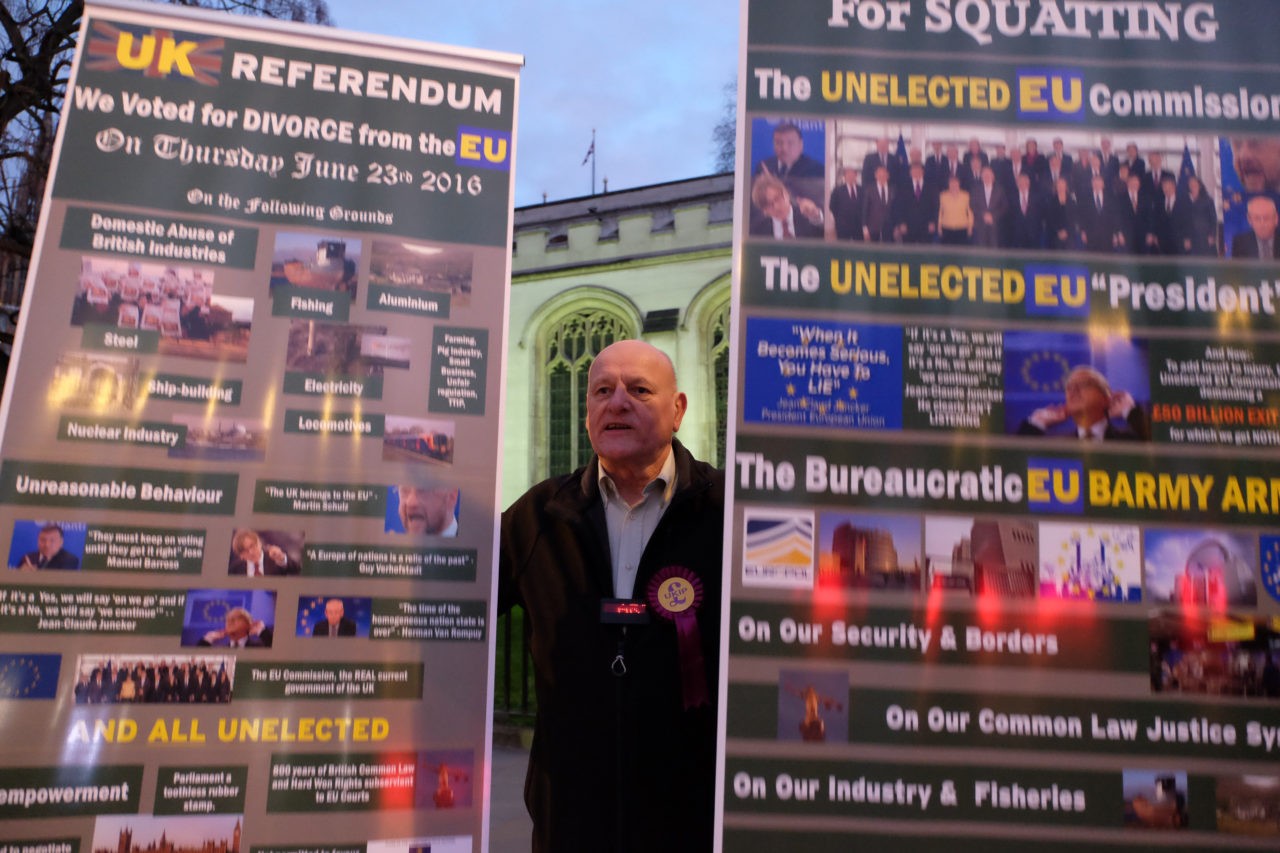 While few supporters of the protest turned out, a contingent of UKIP activists arrived to oppose the protest, insisting that the will of the British people must be done. 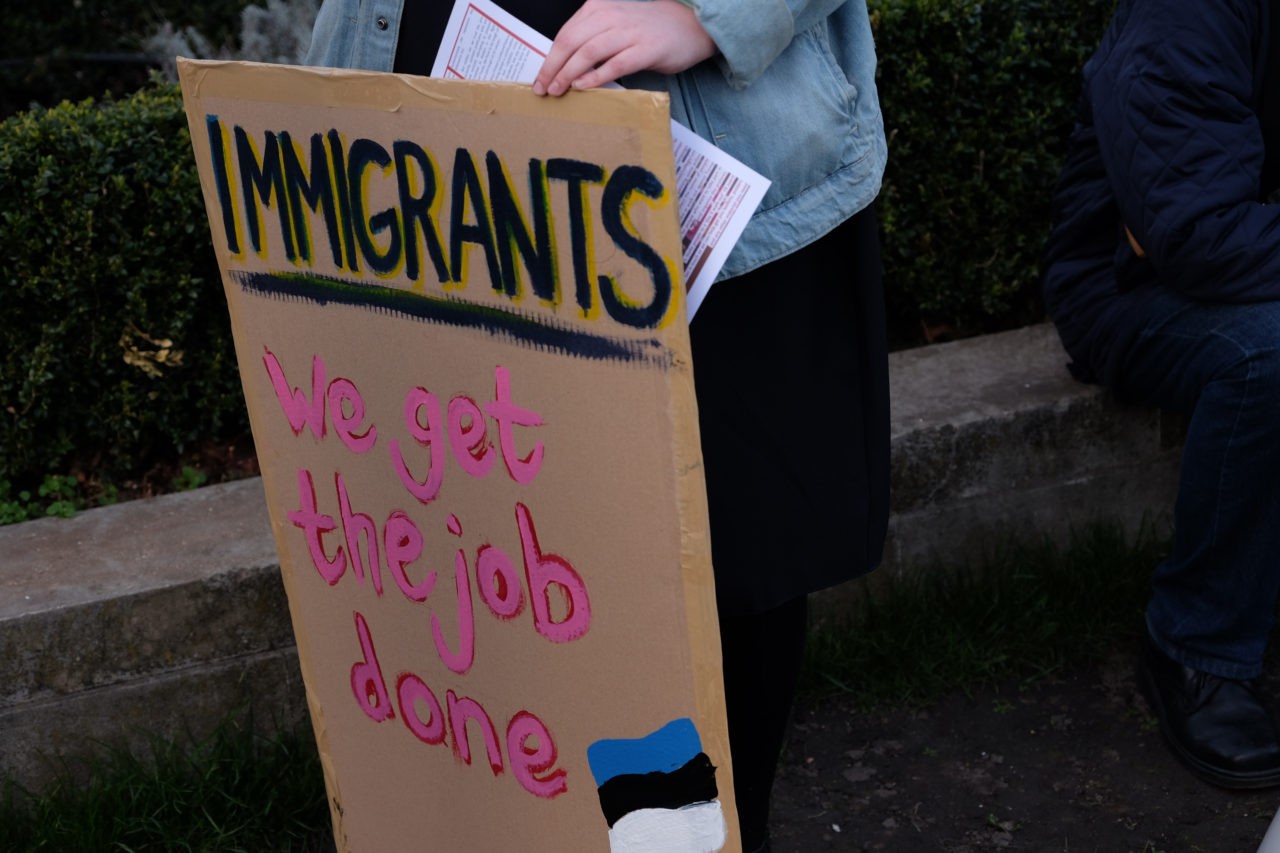 On Monday, MPs voted on two amendments to the Brexit Bill approved by the House of Lords, demanding all EU migrants in the UK are immediately given the right to remain and that Parliament is given a vote on a final Brexit deal with the European Union (EU). 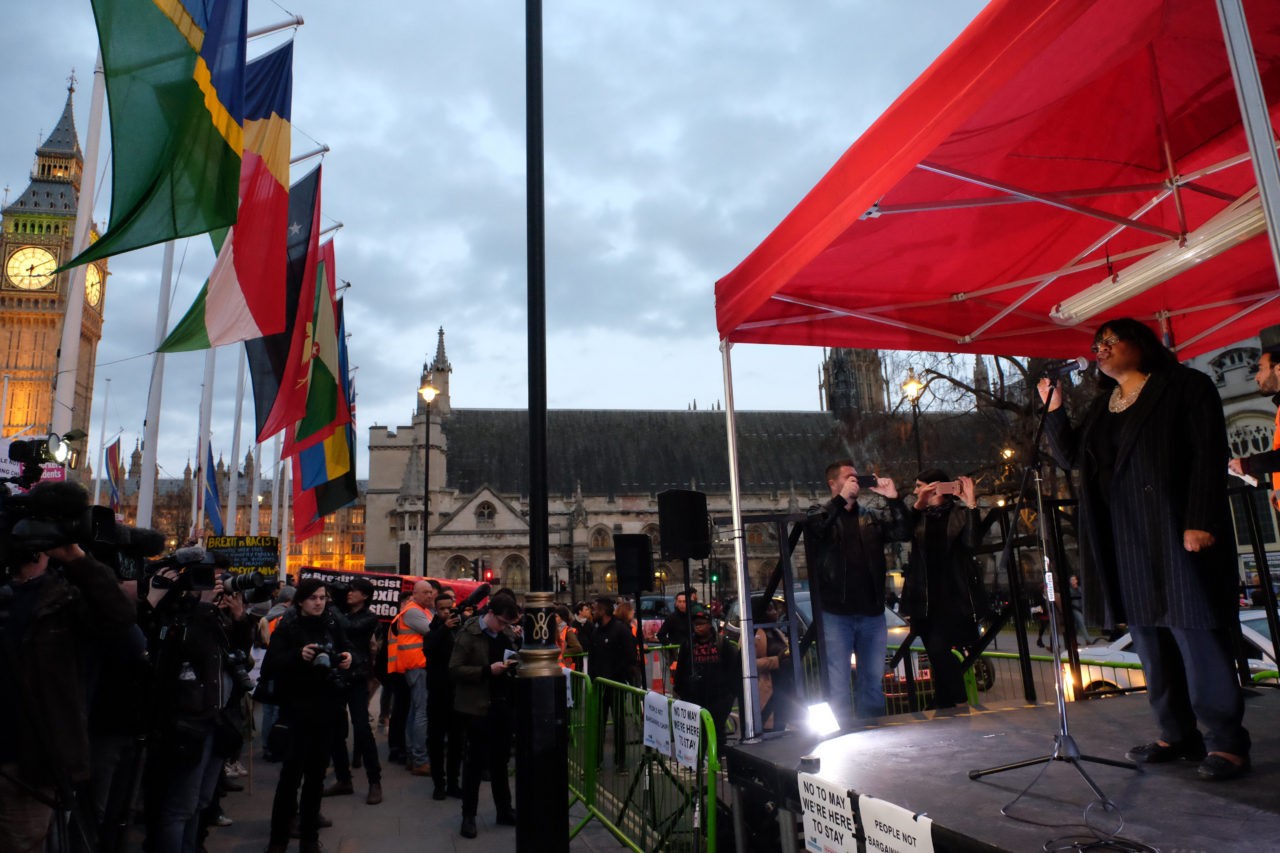 The prime minister promised months ago to invoke Article 50 of the EU’s Lisbon Treaty, starting the two-year withdrawal process, by the end of March.

The Government has argued the rights of EU citizens in the UK can only be confirmed when the EU guarantees the rights of British citizens living in EU nations. 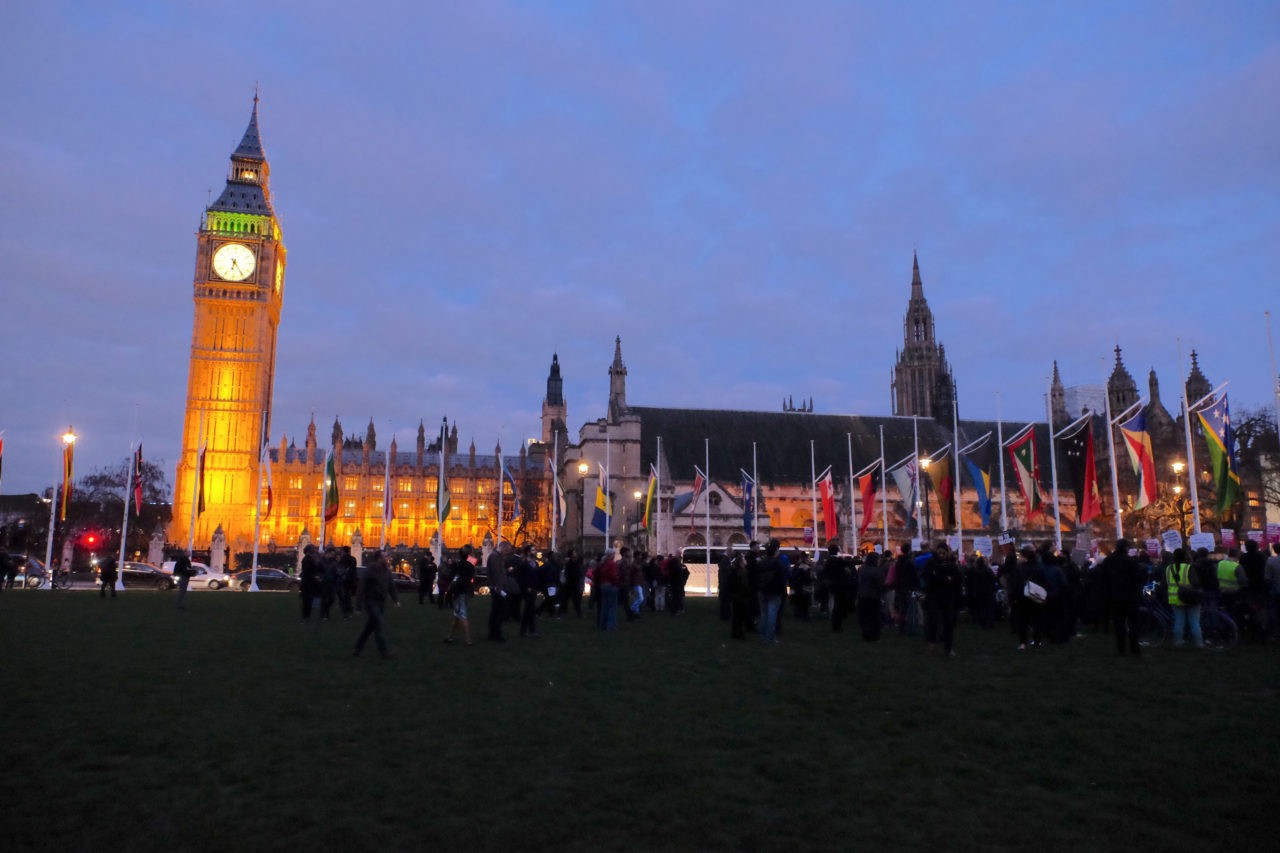 In November last year, EU leaders rejected an offer by Theresa May to do an early deal guaranteeing residency rights for British expats in Europe.

The Government said the other amendment, to give Parliament a vote on the Brexit deal, will weaken their hand during negations and even give the EU an incentive to offer the UK a bad deal. 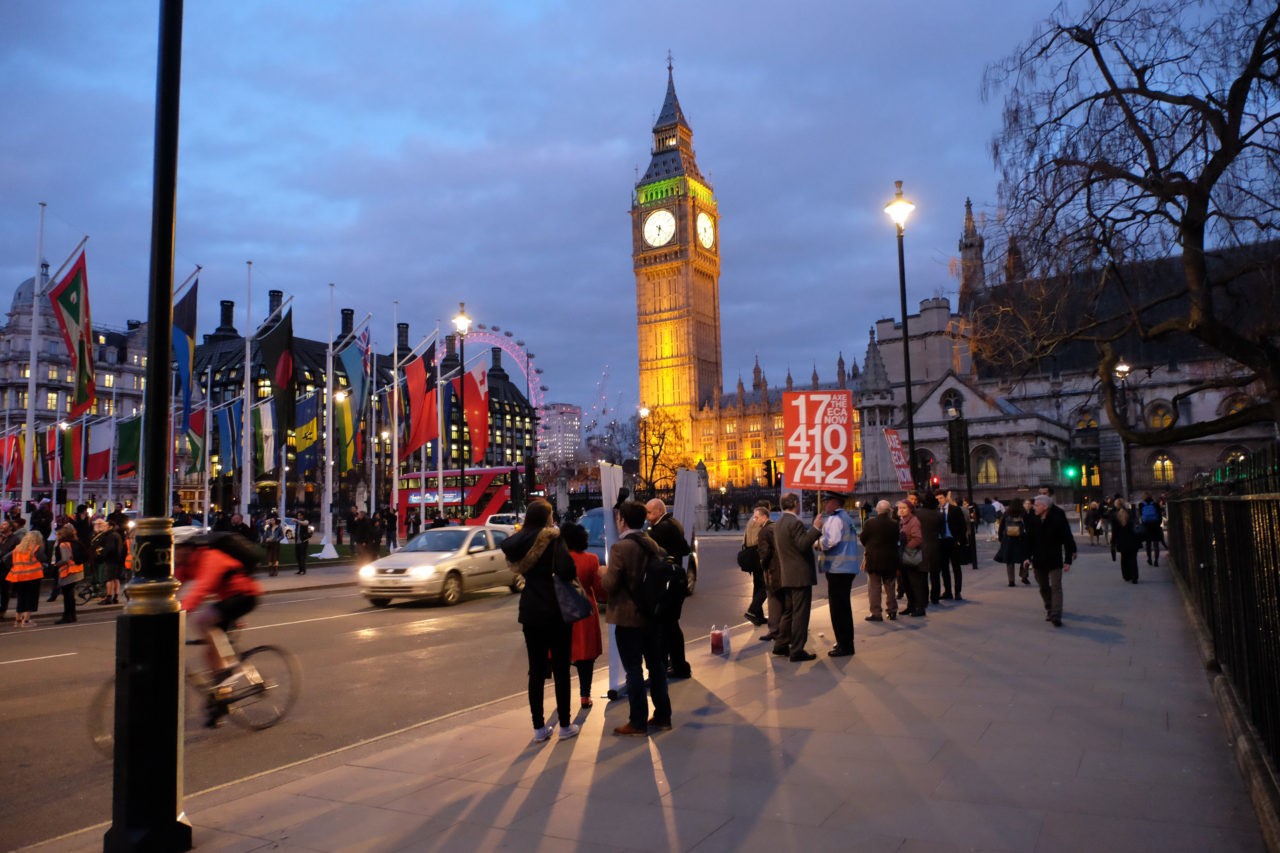 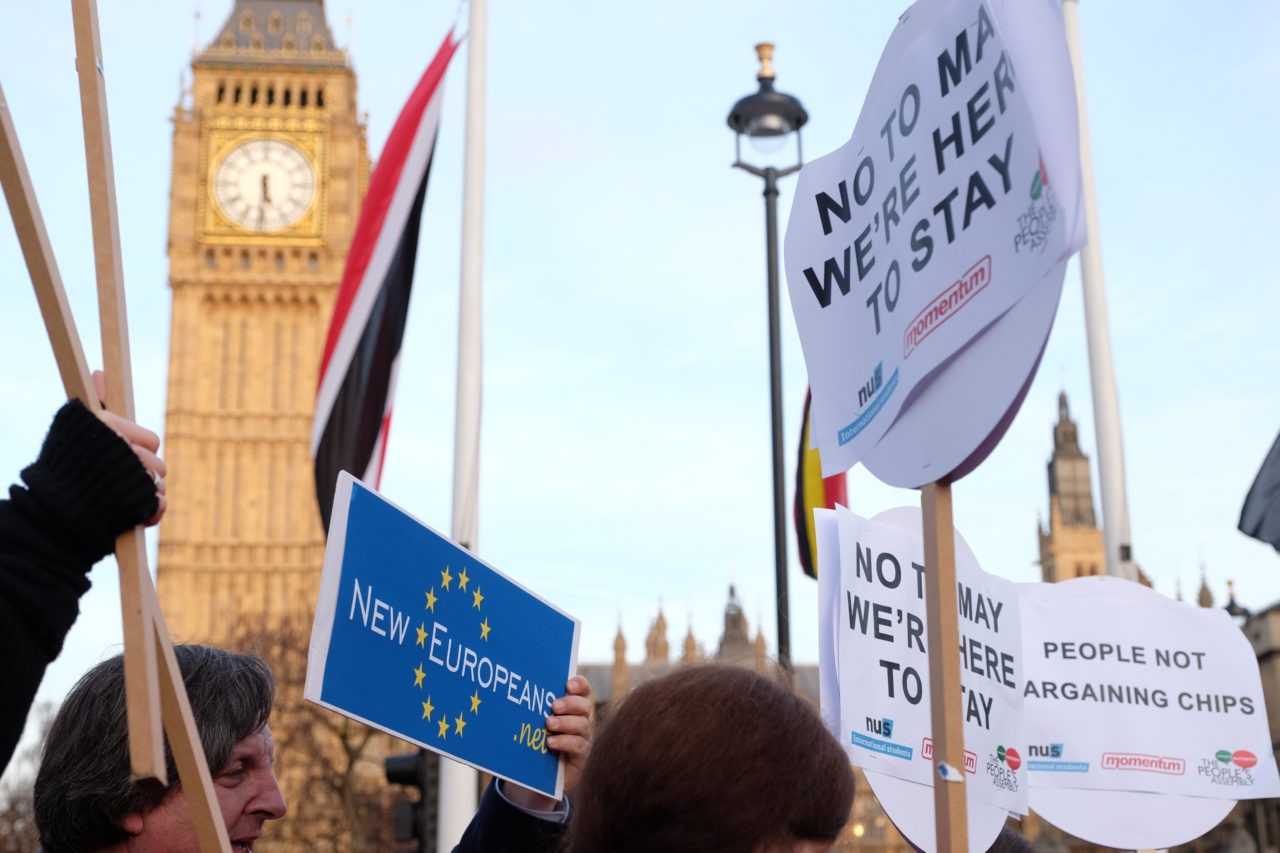