Front National leader Marine Le Pen blasted globalism and Islamism in a major campaign rally Sunday, remarking that the European Union was destined to collapse because ordinary people were no longer interested in keeping it alive.

Speaking to a crowd of thousands in Lille Le Pen said of the European project, which celebrated its 60th birthday this week and has lurched from crisis to crisis in recent years: “The European Union will die because the people do not want it anymore… We will change for another Europe, the European idea harmed by the federalists will re-energize itself, re-invigorate itself in the Europe of the people and of … the nations”.

On her nation’s continued membership of the EU and the Euro currency union, Le Pen remarked “the French will have the last word”.

Calling for France to “reconnect with the greatness of our country”, Le Pen said the Republic would “regain her independence, the rule of law, the sweetness of freedom”. 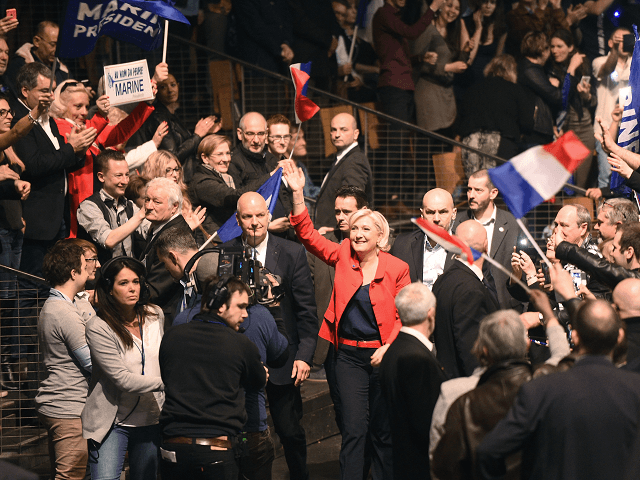 The Front National leader also launched attacks against her main opponents in her speech. Of her left and centre-right opponents, Le Pen is most likely to be facing down liberal Emmanuel Macron in the second round of voting after May 23rds vote.

Raising a laugh from the audience Le Pen called Macron the “Jean-Claude Van Damme of politics”, remarking “you don’t understand most of what he says, but what you do understand is frightening”.

Speaking on immigration, Le Pen focussed particularly on the French overseas territory of Guiana, which she recently visited. Remarking that years of successive French governments had ignored the significant levels of migration to the 84,00 square kilometer slice of South America, Le Pen vowed to: “appoint a Minister of State for Overseas France and the Sea who, in Guiana, will tackle the fight against immigration, insecurity, [and promote] economic development”.

The thousands in the lively crowd contrasted sharply with a similar rally held by main rival for the presidency Emmanuel Macron on La Reunion on Saturday. Although the polls presently show the left-wing former banker slightly ahead of Le Pen’s Front National, Macron failed to fill the stadium for his appearance and the audience was seen to dwindle over the course of his speech, reported Le Figaro. 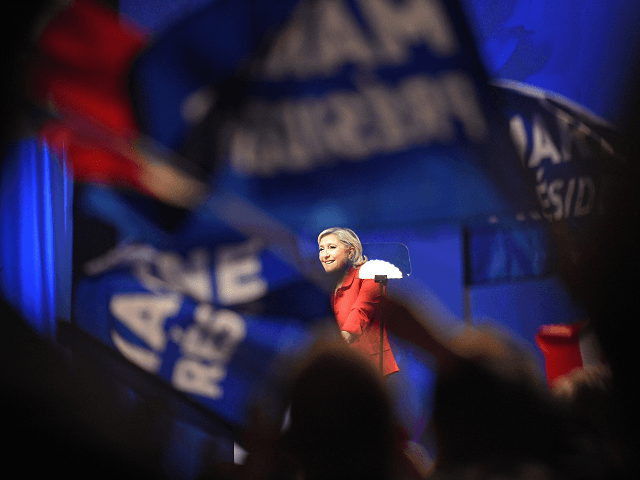 Le Pen’s rally comes just days after her return from Russia, where she met with President Putin and called for Western nations to join with Russia to defeat the Islamic State. Speaking with Mr. Putin, Le Pen said as ISIS terrorists killed six Russian soldiers at a military base in Chechnya: “the fight against terrorism can only be truly effective if the largest nations stand side by side and join forces.”

Putin responded in his remarks, saying: “We must open our eyes to this threat and join forces to fight terrorism”.