The city’s emergency services say those arrested had reportedly screamed to spark the stampedes, which took place about 4 a.m. Friday. Televised images showed police trying to stop panicked procession-goers, several of whom were crying, from running away. 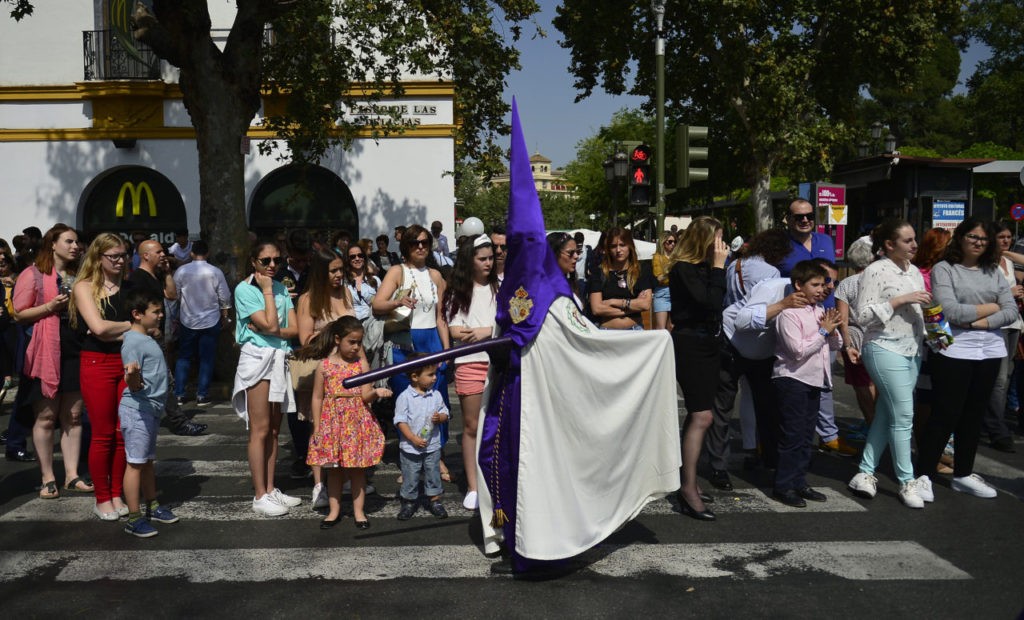 A penitent of Las Cigarreras brotherhood take part in a procession in Sevilla during the Holy Week on April 13, 2017. (CRISTINA QUICLER/AFP/Getty)

The city’s emergency services said the person in critical condition suffered a head injury while 16 others needed to be treated for anxiety.

The nighttime processions between Holy Thursday and Good Friday feature elaborate floats carried through the city by men belonging to religious brotherhoods, some of which are hundreds of years old. The event draws thousands of spectators. 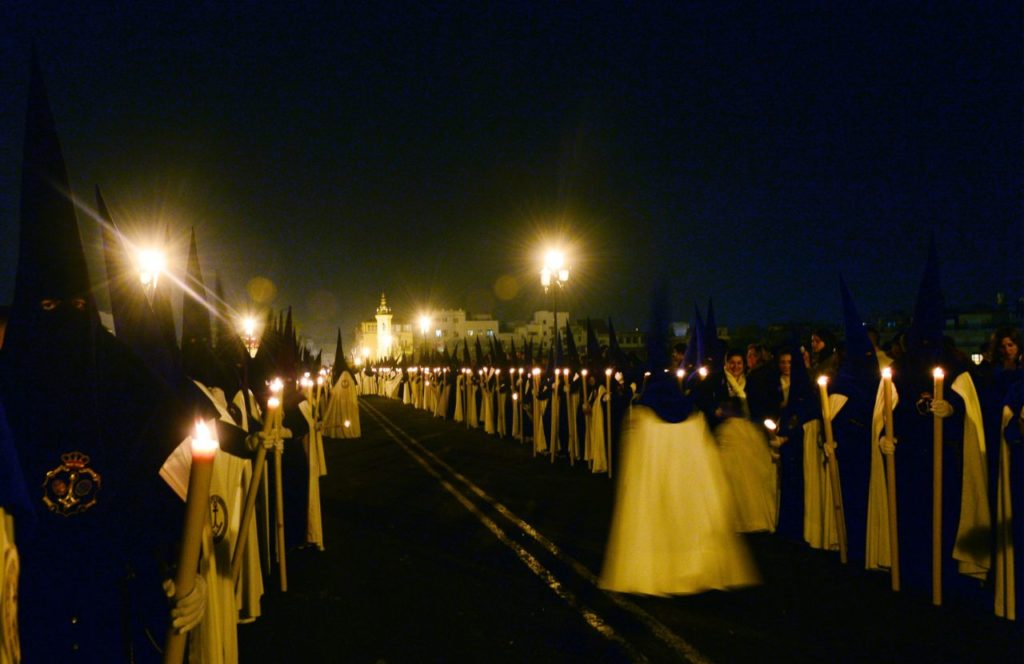