PARIS, France – Marine Le Pen and new ally Nicolas Dupont-Aignan spoke to a crowd of thousands, slamming Emmanuel Macron as the “candidate of continuity”, and promised to restore order and jobs to France.

French anti-mass migration presidential candidate Marine Le Pen held her final large rally of the presidential election at the exhibition hall in Villepinte, north of Paris Monday. She took the opportunity to slam globalist candidate Emmanuel Macron as the continuation of the government of President François Hollande, the most unpopular French leader in modern history.

Even before the rally began, the lively crowd broke into spontaneous singing of the French national anthem and chants of “Marine President!”, echoing chants directed at Macron last week by workers at a Whirlpool factory facing closure and outsourcing to Poland which Le Pen visited hours before. 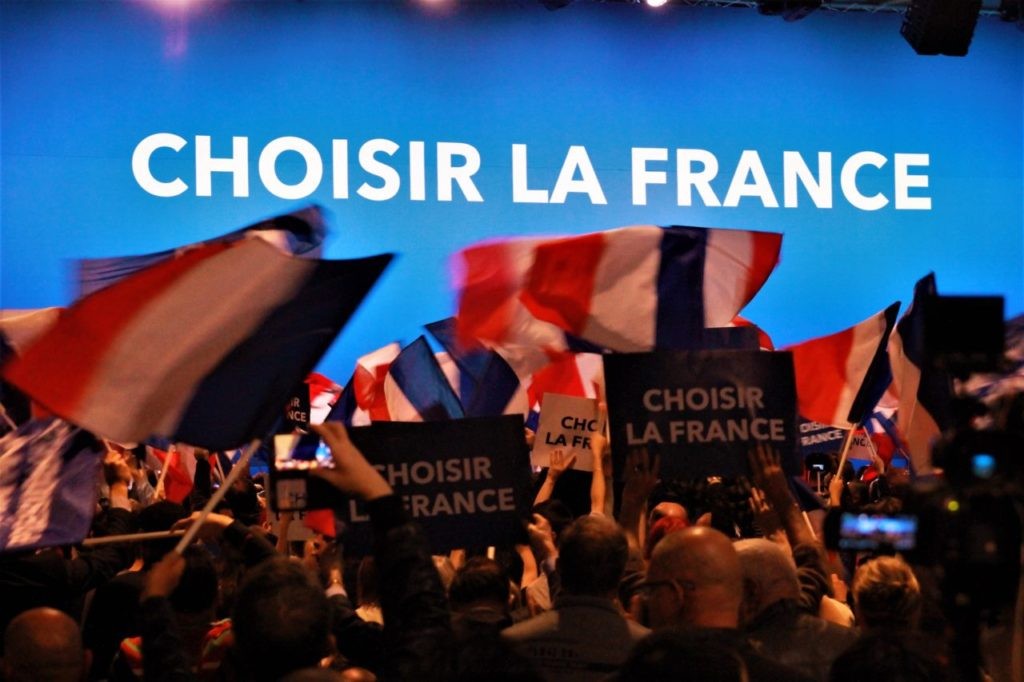 French Gaullist politician Dupont-Aignan, who announced his support for Le Pen Friday, spoke first to the enthusiastic audience. He gave his reasons for supporting Le Pen saying that she resembled “a great president who gathers people together”. Electing Macron, he said, would mean saying “goodbye to our values, to our identity”. 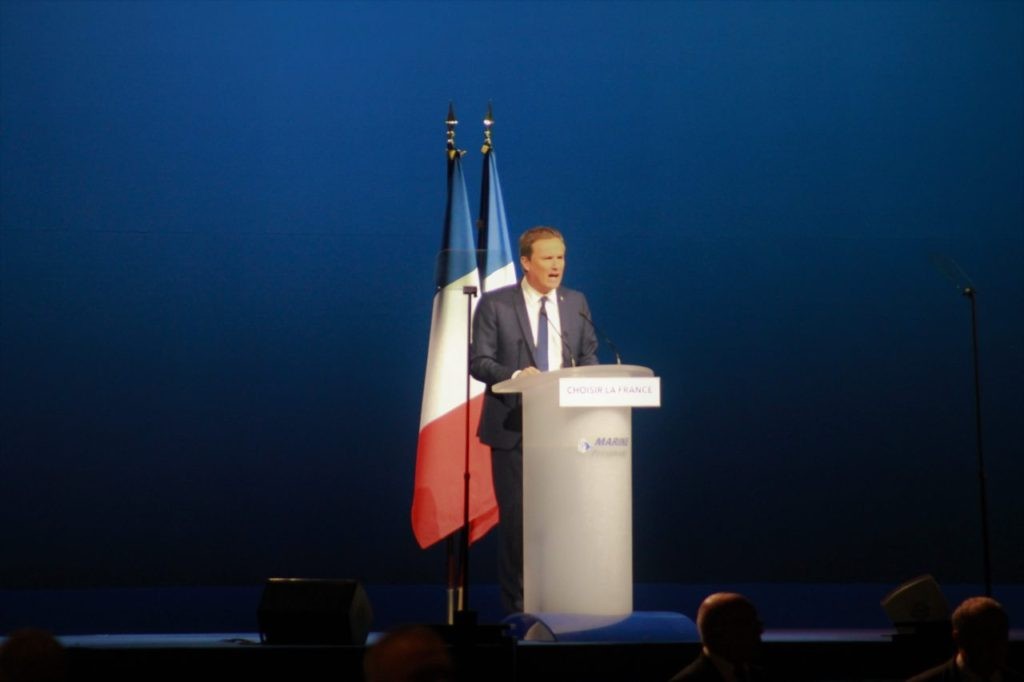 After a brief pause, Le Pen walked on stage to an enormous ovation. Le Pen immediately slammed Macron as the “candidate of continuity” rather than the outsider he positions himself to be. “Saying ‘new’ four times in a row is not enough to make you the embodiment of novelty,” Le Pen said.

Le Pen also hit out at the media in France saying: “It is forbidden under pain of excommunication to call for [support for] a second round candidate who isn’t the system’s candidate.”

“The adversary of the people is still the world of finance. But this time, it has a name, a face, a party,” Le Pen said noting the background of Macron as a former banker.

Invoking unpopular president Hollande, Le Pen claimed that Hollande was Macron’s “campaign manager”, and said: “Emmanuel Macron is the candidate of continuity, of a morbid continuity.” 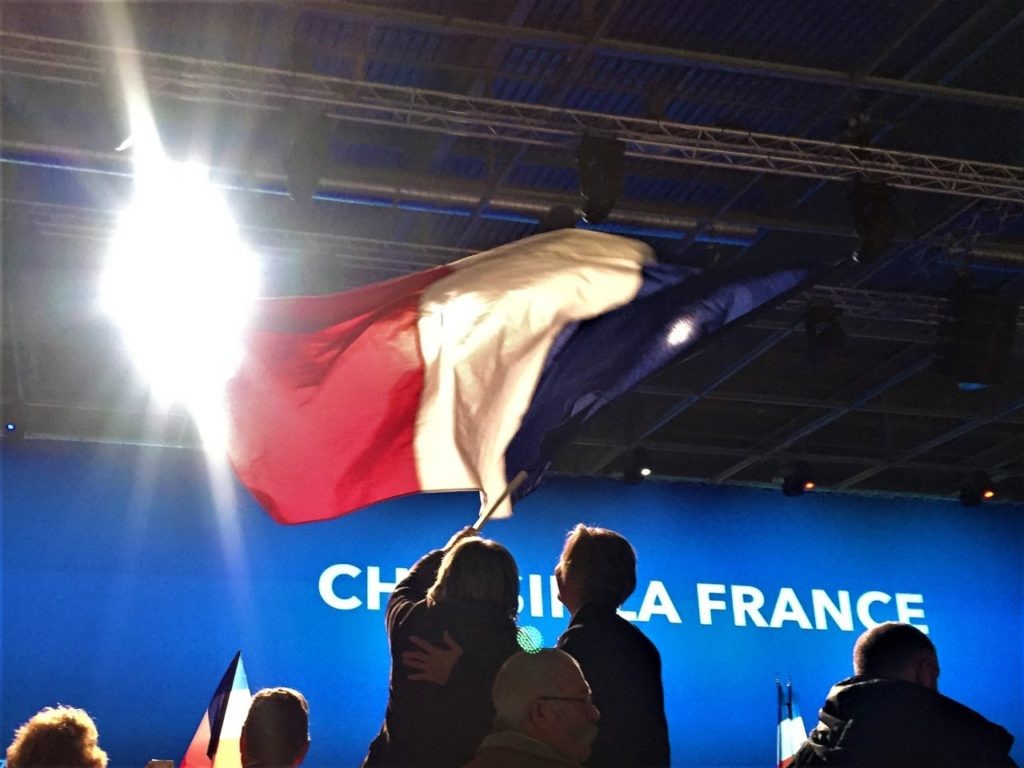 Recent polls show Le Pen gaining on Macron with 41 per cent of the vote to 59 per cent. Initially, Macron started out with much stronger numbers but after a week of strong campaigning, Le Pen has started to turn the tide.  One French physicist who predicted Brexit and the Trump presidency has even declared that due to voter abstention, Le Pen has a clear chance at winning.

Many have attributed the change to a poor campaign start by Macron and the incident at the Whirlpool factory in his home town of Amiens. Macron is scheduled to hold his own rally later Monday evening.