London police have named two of the three London Bridge attackers, confirming one as a known Islamist radical who appeared in a Channel 4 documentary.

Khuram Shazad Butt, 27, from Barking, was a British citizen born in Pakistan. He was known to police and MI5, was under investigation since 2015, and was linked to notorious hate preacher Anjem Choudary’s extremist network, as Breitbart reported Monday morning.

He was a supporter of the banned Islamist group al-Muhajiroun, founded by Mr. Choudary, and only last month was spotted urging people in East London not to participate in the general election, the Guardian reports.

Mr. Butt was the attacker who wore an Arsenal shirt and was later pictured dying on the street with a fake suicide belt strapped to him.

A second man, Rachid Redouane, 30, “had claimed to be Moroccan and Libyan” police said, revealing he also used the name Rachid Elkhdar. He was not known to police.

Assistant Commissioner Mark Rowley said that although Mr. Butt was known to the security services, there had been no evidence of “attack planning.” 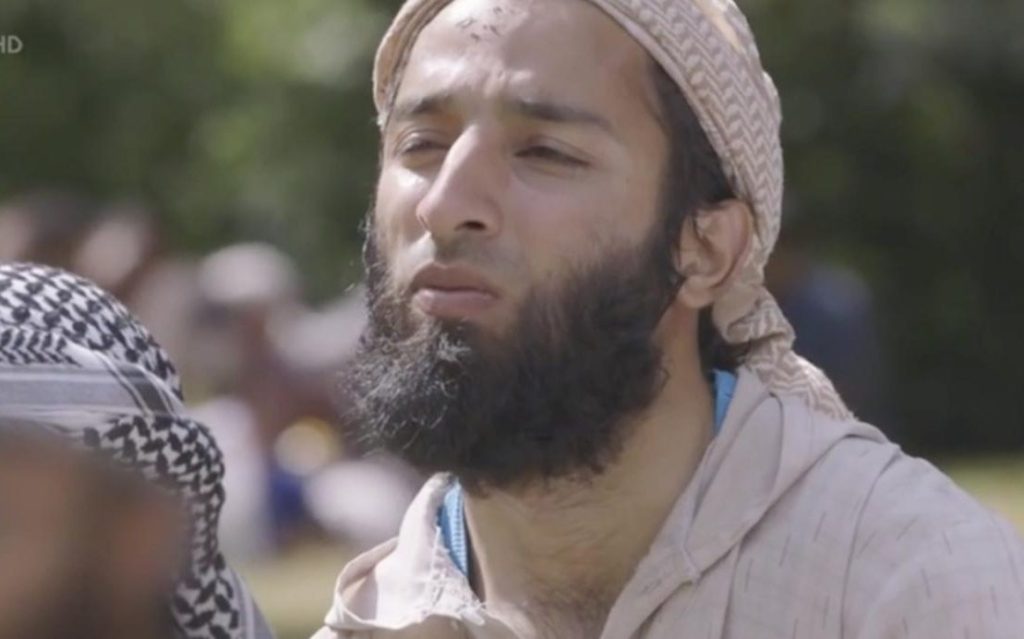 Khuram Butt on the Channel 4 documentary, ‘The Jihadis Next Door’, about Islamic extremists in the UK. (Credit: Channel 4)

Assistant Commissioner Mark Rowley said: “I would urge anyone with information about these men, their movements in the days and hours before the attack and the places they frequented to come forward.

“The police and our partners are doing everything we can across the country to help prevent further attacks and protect the public from harm.

“At any one time MI5 and police are conducting around 500 active investigations, involving 3,000 subjects of interest. Additionally, there are around 20,000 individuals who are former subjects of interest, whose risk remains subject to review by MI5 and its partners.

“The security and intelligence services and police have stopped 18 plots since 2013, including five since the Westminster attack two months ago.”

Hate preacher Mohammed Shamsuddin, who Khuram Shazad prayed with in the Channel 4 documentary, was an associate of notorious hate preacher Anjem Choudary, who founded the now-banned terror group al-Muhajiroun.

Mr. Choudary has been linked to numerous murderous terrorists, including Michael Adebolajo, one of the killers of Fusilier Lee Rigby, and the 7/7 London bombers, and was convicted last year of supporting Islamic State.