Armed counter-terror police have arrested a man with knives and an axe near an Army Reserve centre in the Midlands.

The 23-year-old suspect was apprehended at the base in Kidderminster and held on Sunday night by West Midlands Police Counter Terrorism Unit and officers from the West Mercia force.

The incident came just hours after the Finsbury Park terror attack, but officers said the incidents were not linked and claimed there was nothing to indicate a threat to the premises on Birmingham Road.

Martin Evans, Assistant Chief Constable at West Mercia Police, told the Express and Star: “On identifying the man our officers took prompt action to contain the threat and take him into custody.

“I understand that this will be extremely concerning for the residents of Kidderminster but I would like to reassure you that at this time we believe the suspect was acting alone and we are not looking for anyone else in connection with the incident.

“At this stage, we do not believe this incident is linked to the tragic events in Finsbury Park in London. 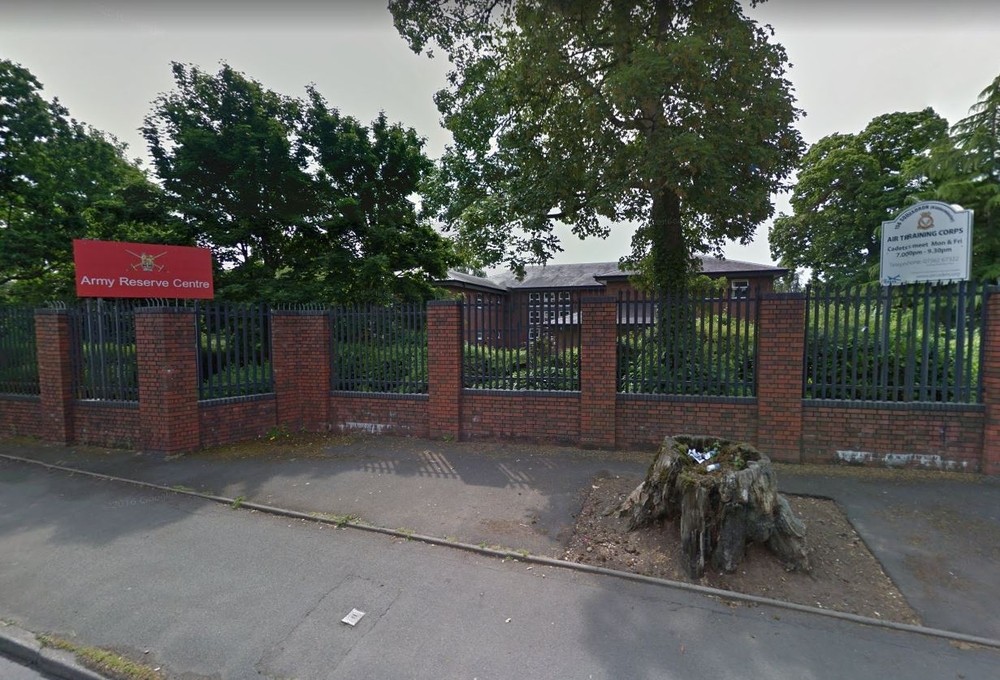 “I would urge people not to speculate on what has happened. As I am sure you will appreciate, this is an extremely sensitive investigation but I can assure you that we will make information available as and when it is appropriate.

“In the meantime, we will have additional officers on patrol in Kidderminster to provide reassurance to our communities.

“Our advice to residents remains the same as before; remain alert but not alarmed and to report any suspicious activity to the police by calling the confidential anti-terrorist hotline on 0800 789321. In an emergency always dial 999.”

The West Midlands Counter-Terror Unit said in a statement: “The arrest took place near a TA centre although there is no suggestion of any threat to that premises at this stage.

“The motives of the man are not yet known; the arrest is being investigated by West Midlands Counter-Terrorism Unit, supported by West Mercia Police.”