BRUSSELS (AP) — Belgium’s federal prosecutor’s office says that the attacker who tried to set off a nail bomb at Brussels Central Station sympathized with the Islamic State group.

The office also said that police who raided the Moroccan man’s home found “chemicals and material that can be used to make explosives.”

The statement from the federal prosecutor’s office also said that the 36-year-old “likely made the bomb” at his home in the Molenbeek neighborhood. The attacker was killed by soldiers after he charged at them, shouting “Allahu akbar,” Arabic for “God is great.”

Molenbeek was the home and transit point for many of the suspects linked to attacks in Brussels and in Paris in November 2015. 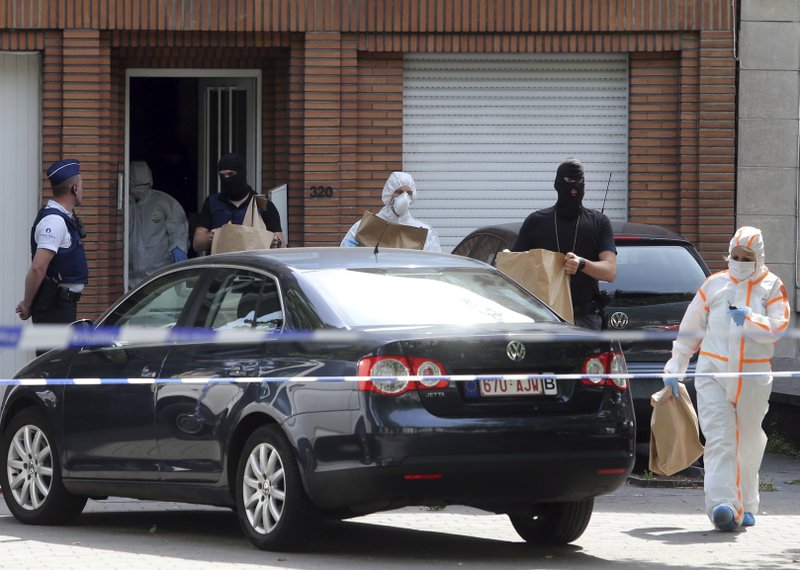 Police and forensic officers remove items during a house search in the Molenbeek district of Brussels on Wednesday, June 21, 2017. Belgian authorities said they foiled a “terror attack” when soldiers shot a suspect in the heart of Brussels after a small explosion at a busy train station Tuesday on a night that continued a week of attacks in the capitals of Europe. (AP Photo/Francois Walschaerts)