A minister is threatening to cancel the “biggest ever in Europe” pro-Palestinian event, organised by a group allegedly linked to anti-Semites, Islamists, and terror groups, to be hosted in a government building in Westminster.

Secretary of State for Communities and Local Government Sajid Javid is reported to be considering personally intervening to stop the event, which is to be held in a building controlled by his department, the Queen Elizabeth II Conference Centre.

The Department for Communities and Local Government wrote to the organisers of Palestinian Expo 2017, which is scheduled to start in less than a fortnight, to raise Mr. Javid’s concerns on the 14th of June.

According to Haaretz, the letter cited “concerns that your organisation and those connected with it have expressed public support for a proscribed organisation, namely Hamas, and that you have supported events at which Hamas and Hizballah – also proscribed – have been praised”. 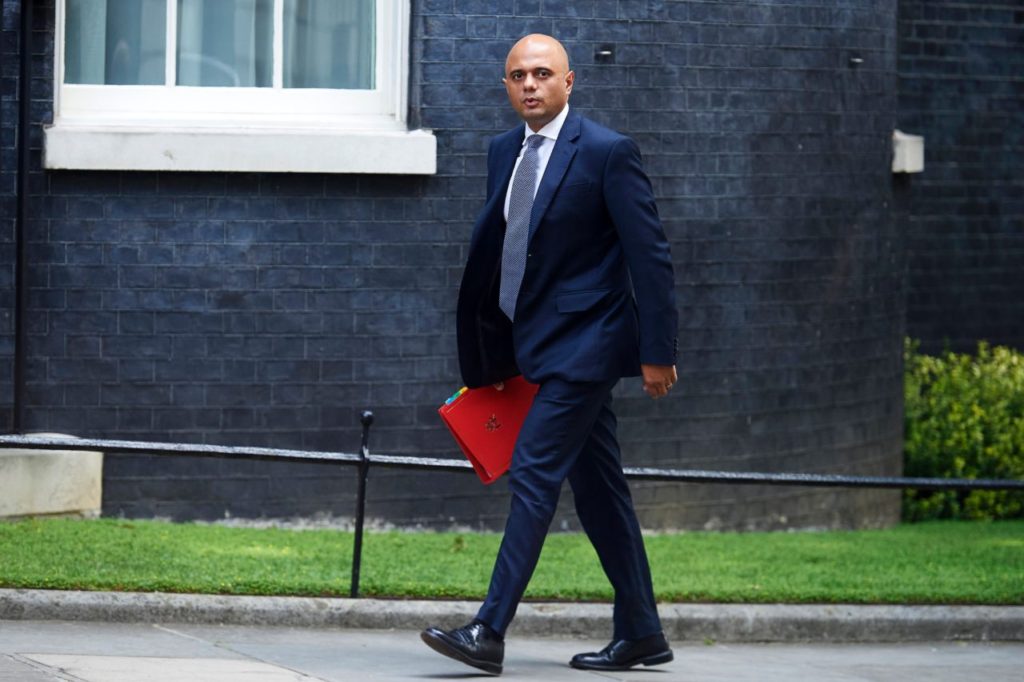 “We are determined to host Palestine Expo and are looking forward to welcoming everyone to the Queen Elizabeth II Centre,” he said in a statement.

“If Mr. Javid interferes and attempts to stop us from using the QEII we are ready to go to court for a Judicial Review to ensure Palestine Expo goes ahead. Having spoken to our lawyers we are confident the DCLG is unlawfully interfering with Palestine Expo.”

Mr. Javid’s intervention comes after the government and London mayor came under fierce criticism for allowing the anti-Semitic Al-Quds Day event to go ahead in central London this month, where numerous Hezbollah terror flags were displayed.

Friends of Al-Aqsa claims it is “concerned with defending the human rights of Palestinians and protecting the sacred al-Aqsa Sanctuary in Jerusalem”.

The group, however, is allegedly linked to the Hamas terror group, has supported Islamists funded by Iran’s Khomenist regime, and openly publishes the work of Paul Eisen, described as a Holocaust denier by left-wing papers such as The Guardian.

The group’s founder and chair, Ismail Patel, was a supporter of the late French Holocaust denier Roger Garaudy has been pictured with Hamas leaders.

At a 2009 rally, Mr. Patel told the crowd: “Hamas is no terrorist organisation. The reason they hate Hamas is because they refuse to be subjugated, occupied by the Israeli state, and we salute Hamas for standing up to Israel […] to the state of Israel: you no longer represent the Jewish people.”

Hamas is a fundamentalist, anti-Semitic militant group widely classed as a terror organisation, most notably by Israel, the U.S., and the European Union (EU).

1/2 Palestine Expo – The Show Will Go Ahead
Ismail Patel, Chairman of Friends of Al-Aqsa: 'we are determined to host Palestine Expo and are pic.twitter.com/WnCdfHktTV

There are also widely published claims that FOA has further links to Hamas via Mr. Patel’s work with the British Muslim Initiative (BMI), as well as links to Khomenist Iran due to support for the Islamic Human Rights Commission, and links to the pro-Caliphate Islamists of the Muslim Brotherhood due to support for the charity Interpal. According to UK Media Watch:

“‘Friends of Al Aqsa’ is one of the more extremist Islamist organizations at work in Britain today. It supports the Muslim Brotherhood-linked charity “Interpal” (proscribed by the US Treasury) and advertises it on its website.

“It collaborates with the Khomenist Iranian-funded faux human rights organization known as the Islamic Human Rights Commission in organizing events such as Al Quds day at which public support is expressed for the Iranian proxy militia Hizbollah.”

In line with these concerns, Jewish Human Rights Watch wrote to the Queen Elizabeth II Centre in May, calling on them to “cancel the Jew hate event”, which they also say is linked to Hamas and claim could be in breach of the Equalities Act.

The event is playing host to Tariq Ramadan, a famous Egyptian-Swiss Islamist philosopher who is the grandson of the Muslim Brotherhood founder Hasan al-Banna.

Also on the bill is outgoing National Union of Students (NUS) president Malia Bouattia, who was condemned for “outright racism” by MPs and was found to have made potentially anti-Semitic comments by an internal report.