LONDON (AFP) – Britain’s Foreign Minister Boris Johnson told his Italian counterpart on Wednesday that legal reasons prevented the transfer to Rome of a critically-ill British baby due to be taken off life support.

“Minister Boris Johnson expressed gratitude and appreciation for the Italian offer but explained that legal reasons prevent Britain from accepting it,” a statement from the Italian foreign ministry read.

Rome’s Bambino Gesu hospital, a Vatican-run children’s hospital, offered to treat 10 month-old Charlie Gard after Pope Francis said on Sunday that his parents should be allowed to “care for their child until the end”.

But Britain’s foreign ministry said Johnson had told Angelino Alfano, Italy’s foreign minister, that “it was right that decisions continued to be led by expert medical opinion, supported by the courts, in line with Charlie’s best interests”. 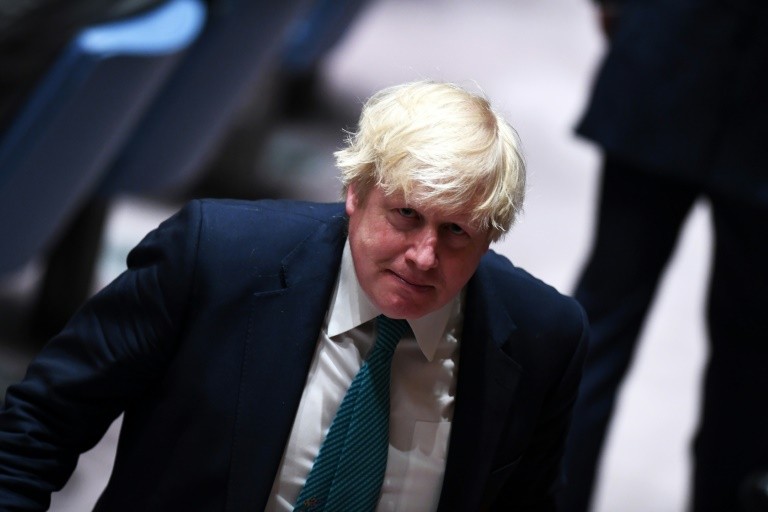 The parents of Charlie Gard, who suffers from brain damage, have been fighting to take him to the United States for an experimental treatment for his extremely rare form of mitochondrial disease, but lost their case in British courts and the European Court of Human Rights.

The courts had ruled that keeping the baby on life support would only prolong his suffering as there was no hope of his recovering from the disease, which causes progressive muscle weakness, including in key organs such as the heart.

Great Ormond Street Hospital for Children in London, which has been treating the baby, issued a statement on Friday following the European court’s decision which did not specify when life support would be removed.

The baby’s plight has also attracted the attention of US President Donald Trump, who on Monday tweeted that the US “would be delighted” to help.

Prime Minister Theresa May also waded into the debate on Wednesday after being questioned by a fellow MP in parliament.

“I am confident that Great Ormond Street Hospital have and always will consider any offers or new information that has come forward with consideration of the wellbeing of a desperately ill child,” she said.