TUNIS, Tunisia (AP) — Interior ministers from 14 nations and the European Union agreed Monday to boost cooperation to tackle the migrant crisis along the deadly central Mediterranean route, promising to address why migrants leave home and to beef up actions against human traffickers.

In a declaration at the meeting in the Tunisian capital of Tunis, the ministers also agreed to inform people about the risks of illegal migration and the possibility of voluntarily returning home.

It was the second meeting of the group of European and African countries — and it included Libya, a smuggling haven for migrants. The gathering also came a day before France hosts two Libyan rivals, the U.N.-backed prime minister and a powerful general, in a bid to stabilize the chaotic North African nation.

The ministers focused on Libya, since according to French Interior Minister Gerard Collomb, 95 percent of the migrants flowing across the sea into Europe comes from Libya.

“As long as a stable government is not in place, the control of this flux cannot be assured,” Collomb said. 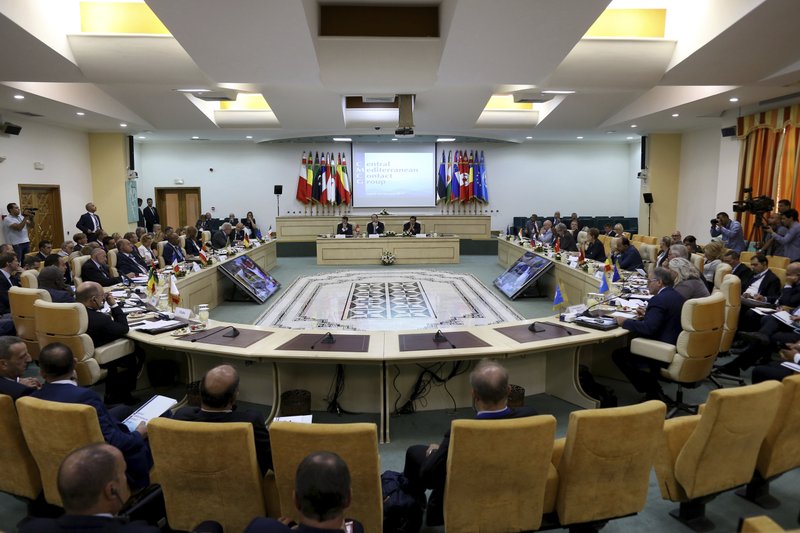 In the first half of 2017, nearly 84,000 migrants have arrived in Italy by sea, a 20 percent increase from the same period last year, and more than 2,200 others have apparently died trying to reach Europe across the Mediterranean, according to the International Organization for Migration.

The meeting’s final declaration said a global commitment to immigration is needed with a shared sense of responsibility and solidarity to tackle the crisis.

“There is no magic solution. No nation can alone deal with the migratory flux and no nation is sheltered from it,” Italian Interior Minister Marco Minniti said after the meeting, stressing the need for a common strategy.

The statement said public development aid is needed to fight the causes of migration and create more opportunities at home, as well as to help border authorities with training, equipment and infrastructure.

“We have to stick together,” said Dimitris Avramopoulos, European commissioner for migration. He insisted “Europe is not a fortress,” but added that legal migration procedures must be followed.