YPRES, Belgium (AP) — Britain’s Prince William and his wife, Kate, on Sunday joined Belgian royals and relatives of soldiers who fought in the Battle of Passchendaele to mark 100 years since the offensive that became a symbol of war’s senselessness began.

More than half a million Allied and German troops were killed or wounded in the World War I battle in western Belgium, also known as the Third Battle of Ypres. The Allied campaign, fought by British and Commonwealth forces from July to November 1917 in swampy, rain-pummeled battlefields that turned to liquid mud, ended up barely moving the front line against the Germans.

William spoke at the Menin Gate Memorial in Ypres, a monument etched with the names of tens of thousands of soldiers killed in the months-long battle whose remains were never recovered or did not receive proper burials. 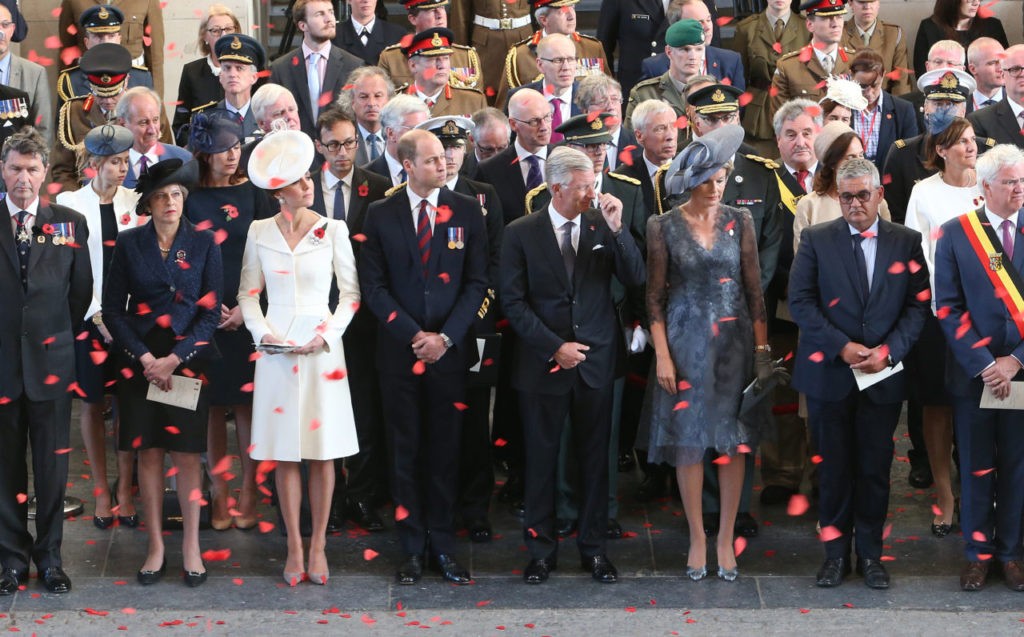 Prime Minister Theresa May (second left), the Duke and Duchess of Cambridge King Philippe (fourth right) and Queen Mathilde (third right) watch as the poppies fall from the roof of the Menin Gate on July 30th, 2017 in Ypres, Belgium. (Andrew Matthews/Getty)

“Today, the Menin Gate records almost 54,000 names of the men who did not return home, the missing with no known grave,” he said. “Members of our families; our regiments; our nations; all sacrificed everything for the lives we live today.”

The service ended with the Last Post, the mournful British Army bugle call that sounds at military funerals and ceremonies. The tune has been played at the Menin Gate almost every evening since 1928.

William was joined at the ceremony by British Prime Minister Theresa May, King Philippe and Queen Mathilde of Belgium, and some 200 descendants of those who fought at Passchendaele. 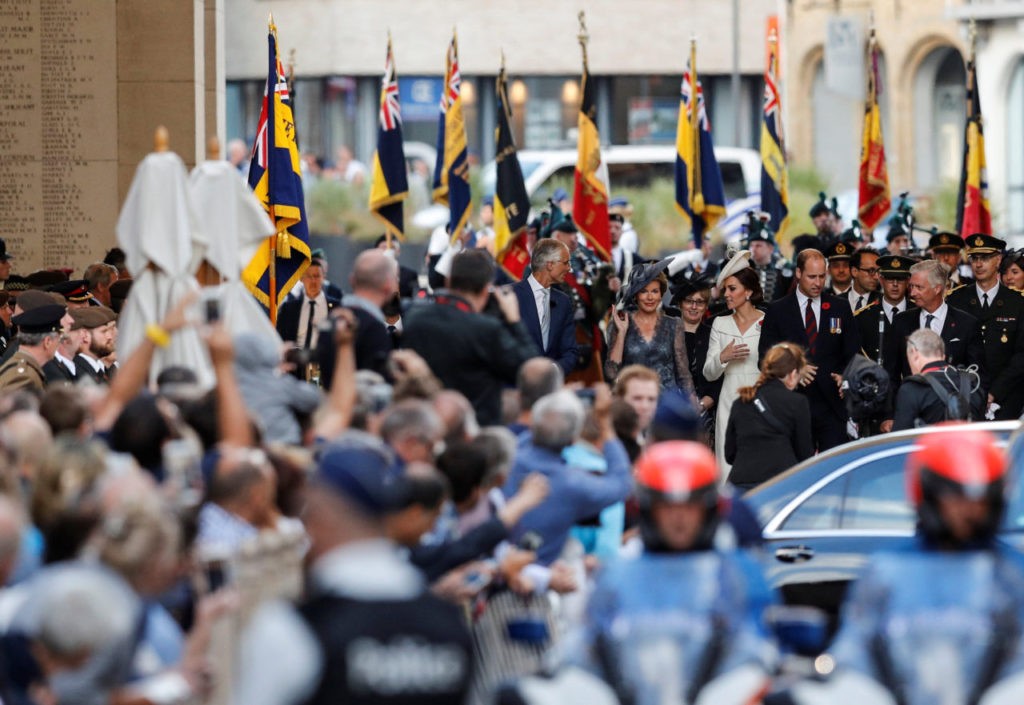 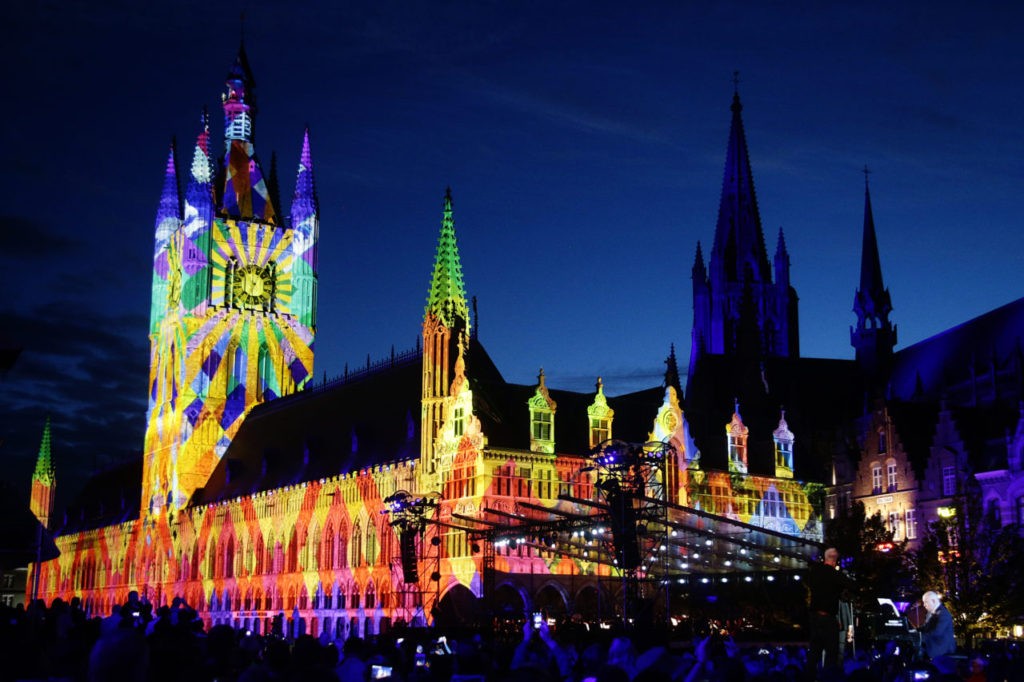 The story of the war in the Ypres region is told by performances and music set to a backdrop of visual projections on the facade of the Cloth Hall during commemorations marking the centenary of Passchendale on July 30, 2017 in Ypres, Belgium. (Yui Mok/Getty) 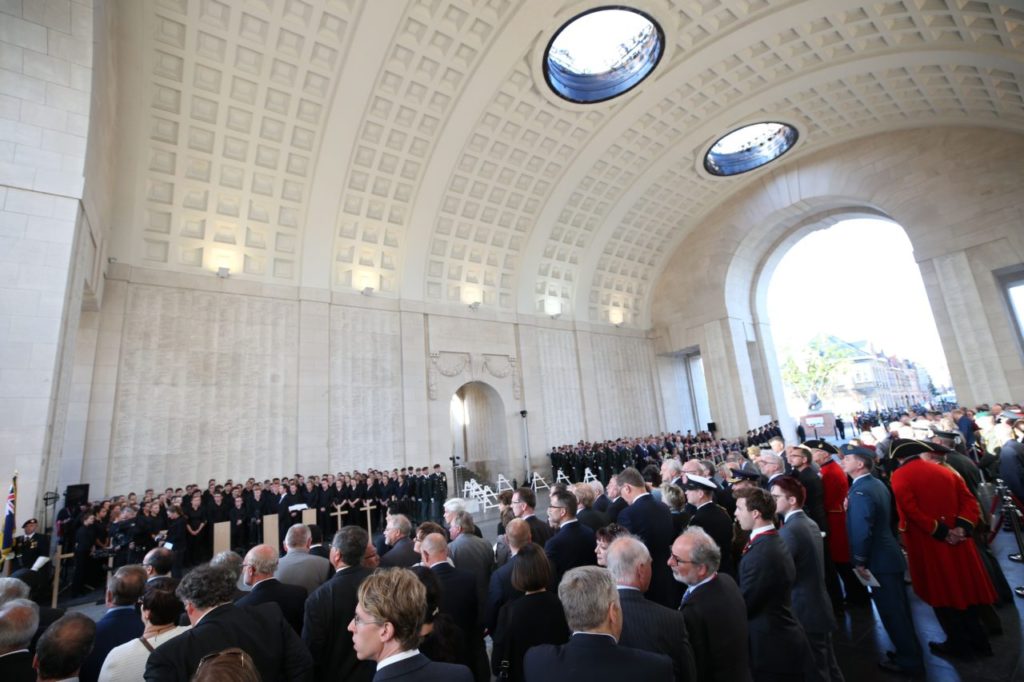 A picture shows a general view during the Last Post ceremony at the Commonwealth War Graves Commission Ypres Memorial at the Menin Gate in Ypres, on July 30, 2017, (BENOIT DOPPAGNE/AFP/Getty)