Social media giant Facebook has deleted thousands of German accounts ahead of the German national election next month, in a major crack down on facilitators of “fake news”.

Around ten thousand “fake accounts” were taken down by the company who claimed to have done so in order to protect users from “disinformation” ahead of next month’s national election.

The mass-banning of accounts is the latest crackdown by the company on what they deem to be the spread of “fake news”, Frankfurter Allgemeine Zeitung reports.

The move by Facebook is also nothing new for the company who recently banned 30,000 accounts in France earlier this year ahead of the French presidential election.

Facebook released a similar statement at the time saying the move was to “reduce the spread of material generated through inauthentic activity, including spam, misinformation, or other deceptive content that is often shared by creators of fake accounts”.

Facebook has also been working with the German government in recent years and just recently committed to working with the newly established Federal Office for Security in Information Technology (BSI).

Germany has attempted to largely regulate the content on Facebook, often against the wishes of the company itself. Earlier this year, Facebook criticised a new German hate speech law that would give the company fines of up to 50 million euros for not taking down offensive material within a set amount of time.

In a statement, the social media giant said the new law “would have the effect of transferring responsibility for complex legal decisions from public authorities to private companies. And several legal experts have assessed the draft law as being against the German constitution and noncompliant with EU law.”

German Justice Minister Heiko Maas, of the Social Democratic Party (SPD), has been one of the most vocal supporters of hate speech laws and regulation of social media. 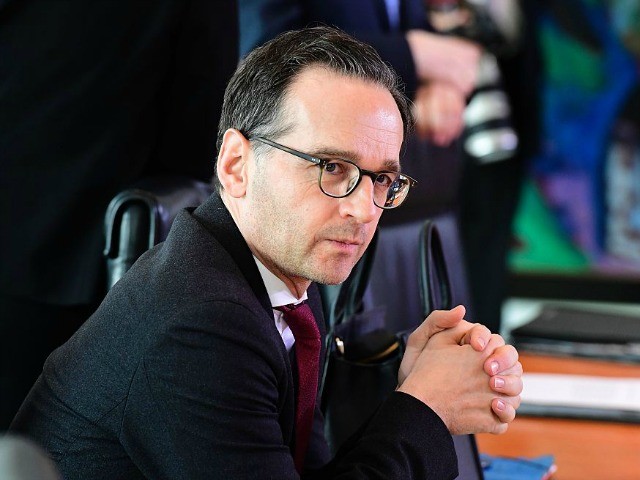 Maas and his ministry caused an outcry amongst many after they hired the Amadeu Antonio Foundation to patrol Facebook for hate speech as its head, Anette Kahane, was once an agent for the oppressive East German secret police, the Stasi.

Whilst many Germans have had their homes raided and received hefty fines for hate speech on social media, Mr. Maas complained last year that sites like Facebook weren’t doing enough. “There is still too little, too slow and too often the wrong thing is deleted,” Maas said.