The UK would be unable to form its own trade deals or control its borders inside these EU institutions, and many Brexit supporters have argued such an outcome would be a betrayal of last year’s referendum result.

Sir Keir Starmer said the Customs Union and Single Market options should not be “swept off the table” at the conference in Brighton, claiming he could “take charge” of Brexit negotiations in a threat to Tory Brexit Secretary David Davis.

He added: “Labour are now the grown-ups in the room. We stand ready to take charge of these negotiations, not acting for narrow political gains but in the national interest.

Writing in The Times on the same day, he claimed: “The importance of the single market and the customs union is still not acknowledged and, if anything, the prime minister has moved further away from retaining the benefits of both.” 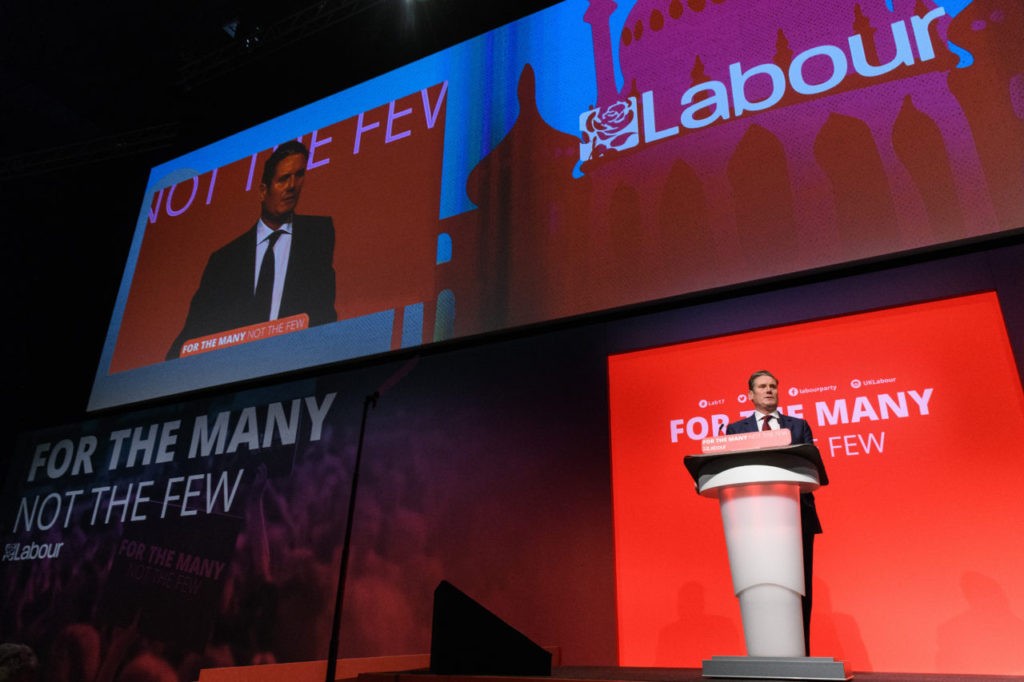 Shadow Secretary of State for Exiting the European Union Keir Starmer addresses delegates in the main hall on the second day of the Labour Party conference on September 25, 2017 in Brighton, England. (Leon Neal/Getty)

Earlier this month, Labour leader Jeremy Corbyn also said his party could push to keep the UK locked in the Single Market after Brexit.

He made the statement on the same day he imposed a three-line whip on his MPs, instructing them to vote down the EU Withdrawal Bill, which could have effectively blocked or delayed the UK’s withdrawal from the bloc.

Mr. Corbyn, a long-standing Eurosceptic, has repeatedly flip-flopped on the issue of the Single Market, seeking to balance the Europhile tendencies of his metropolitan membership and parliamentary party and the wishes of Brexit-supporting Labour voters.

In July, Mr. Corbyn said that EU and Single Market membership were “inextricably linked” – implying that keeping the UK in the market would be a betrayal of the referendum result.

He told the BBC’s Andrew Marr Show: “The single market is dependent on membership of the EU. What we have said all along is that we want a tariff-free trade access to the European market and a partnership with Europe in the future.”