The European Court of Human Rights has made a landmark ruling that migrants who cross border fences which are still outside European Union territory have ‘rights as refugees’ – meaning Spanish authorities will no longer be allowed to return illegal immigrants to Morocco who storm border fences at the enclaves of Ceuta and Melilla.

The precedent was set following the ruling of two cases of illegal African migrants who were returned by Spanish border guards to Morocco after crossing the border fence in Melilla – despite the migrants technically still being in Moroccan territory at the time of their apprehension, reports Die Welt.

In the case of ‘N.D. and N.T. vs Spain’, the Strasbourg judges ruled in favour of two migrants from Mali and the Ivory Coast who were, on two occasions, directly arrested by the Spanish border police and handed over to Moroccan authorities at the Melilla border in 2014.

The judges condemned Spain for not giving the illegal immigrants access to lawyers or interpreters or allowing them to make complaints to Spain. The Court determined there was “no doubt” these actions amounted to ‘prohibited illegal deportations’, and both migrants were awarded €5,000.

The Spanish government argued that, amongst other considerations, the men had not yet reached any Spanish territory because the fences were still outside the exclave – an area the pro-migrant NGO European Center for Constitutional and Human Rights (ECCHR) that supported the case calls “a lawless zone of automatic expulsions”. 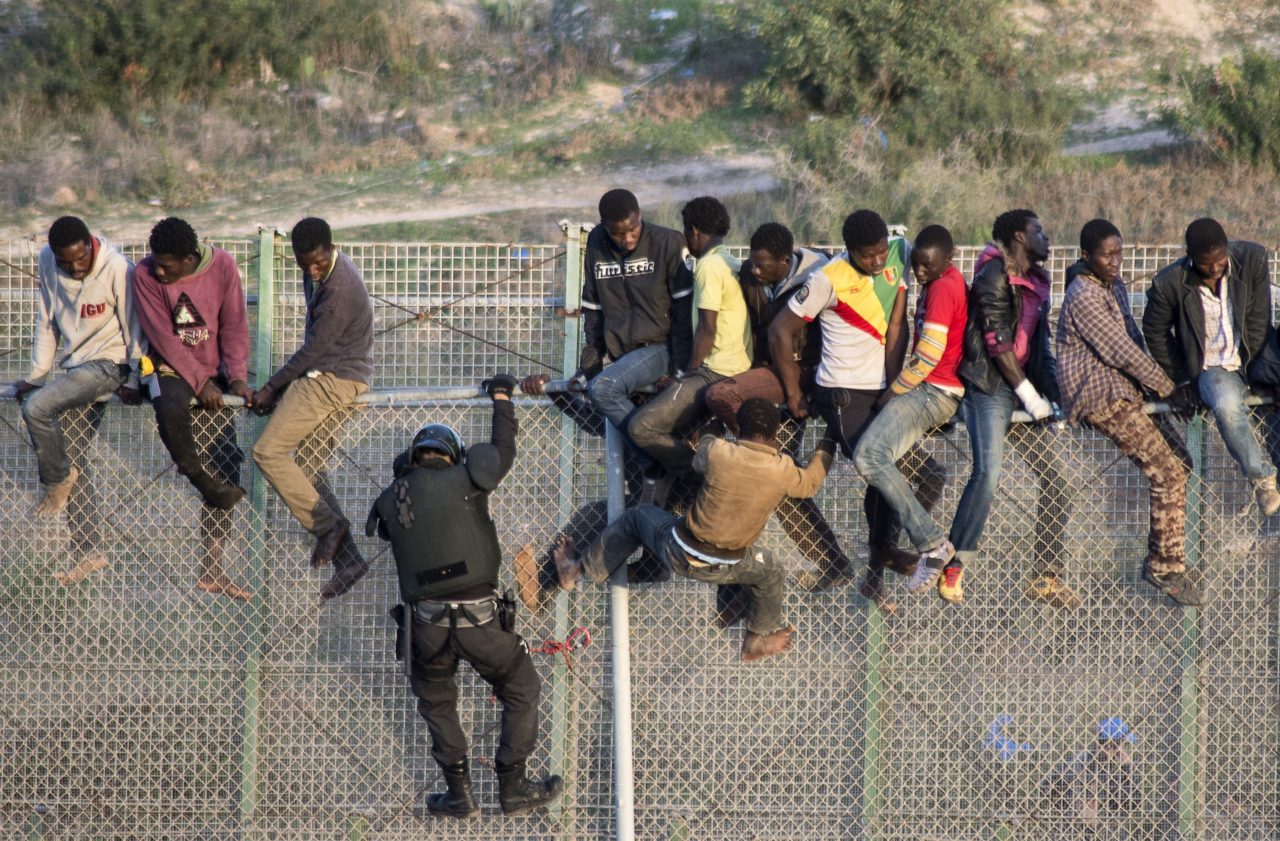 A member of the Spanish Guardia Civil climbs as would-be immigrants stand atop a border fence separating Morocco from the north African Spanish enclave of Melilla on October 22, 2014, following a morning assault on the border in an attempt to cross into Spain.  (Photo by BLASCO AVELLANEDA/AFP/Getty Images)

However, Strasbourg determined that as the Spanish police had de facto control in the border area, the standards of the European Convention on Human Rights (ECHR) also applied there.

The Court’s decision stated that Spain’s “push-back” practices at the Spanish-Moroccan border are in violation of Article 4 Protocol 4 (prohibition of collective expulsions) and Article 13 (right to an effective remedy) ECHR.

The ECCHR, which tried to bring charges against former Defense Secretary Donald Rumsfeld over detainee abuses at Abu Ghraib and Guantanamo Bay prisons in 2006, remarked that the litigation against Spain “has impact beyond the individual case”.

“It sets a precedent in order to assert the fundamental right to have rights of refugees and migrants,” said ECCHR General Secretary Wolfgang Kaleck, who acted as an attorney to American NSA leaker Edward Snowdon in 2015.

“The ECtHR [European Court of Human Rights] judgment clarifies that Spain’s border regime violates human rights, because the Convention also applies at the external borders of the EU,” Kaleck added.

This could mean that migrants will not only have EU human rights once on European soil, but in any territory where EU authorities have control in a border area.

The human rights NGO has also stated it has been taking similar litigation against what it calls “illegal push-backs”  in Ceuta (another Spanish enclave bordering Morocco), Idomeni (at the Greek-Macedonian border), and reception centres in Greece.

Breitbart London has reported on the increasing violent migrants storming the Spanish enclaves en masse, with one incursion leading to 1,000 Africans attempting to break into the EU leaving 55 members of the Spanish and Moroccan forces being injured.