Members of the Royal British Legion (RBL) have vowed to boycott their local church service this coming Remembrance Sunday after the progressively-minded vicar banned a popular traditional hymn over concerns it could offend.

In common with many church services marking the end of the Great War that take place annually in the United Kingdom, members of the RBL, a veterans’ organisation that also organises charity collections and manages events of remembrance, have traditionally marched into St. Peter’s Oadby, Leicestershire, to the 19th century English hymn “Onward Christian Soldiers”.

Yet this year, the familiar song will not be heard, after Church of England vicar Steve Bailey banned it from the service “in case it offends non-Christians”.

Ramanlal Anand, a 77-year-old Hindu veteran, said he was “shocked” by the decision, and told Britain’s Daily Mail newspaper that “I couldn’t understand it. I don’t see why anyone would have a problem with it at all.”

The chairman of the local RBL branch also spoke to the newspaper, who said he would be boycotting the service led by the progressive churchman. He said: “We had hoped he might change his mind, but he is adamant it won’t be sung. He has refused point-blank. He says it is because we live in a multi-faith society – but people of all faiths serve in the British military, and have died for this country in wartime.

“We also have many different religions within our 400 members here, and no-one has ever complained to me about it. The whole thing is quite upsetting really.”

An estimated one and a half million men and women from the United Kingdom and Empire were killed during the Great and Second World Wars.

The clash comes as other remembrance events around the United Kingdom become threatened by a refusal by local authorities to provide policing, and to close roads for parades to take place.

GUARDIAN: "Oppressive" Remembrance Sunday Is Outdated And Should be Scrapped https://t.co/K96VMsILY1 pic.twitter.com/CBgONL9XAV

One of Britain’s biggest remembrance services faces being cancelled for the first time this year because Leicestershire police say they cannot spare enough officers to enable the parade at Melton Mowbray to take place.

Other parades across Britain are also threatened for the same reason, reports The Mirror, which quotes Tory MP Sir Alan Duncan who blasts the bureaucracy which means councils cannot just allow volunteer marshalls to manage road closures, allowing parades to go ahead and “no one would then have to pay anything”.

It is not just Remembrance events marking the end of the Great War which has been hit by a lack of interest and dedication from local government and police, letting down Brits wanting to commemorate the past. Birmingham, Britain’s second city and the site of the world’s oldest remaining statue of Lord Nelson, did not host its traditional Trafalgar Day parade this year for the first time after the city withdrew funding for policing the event. 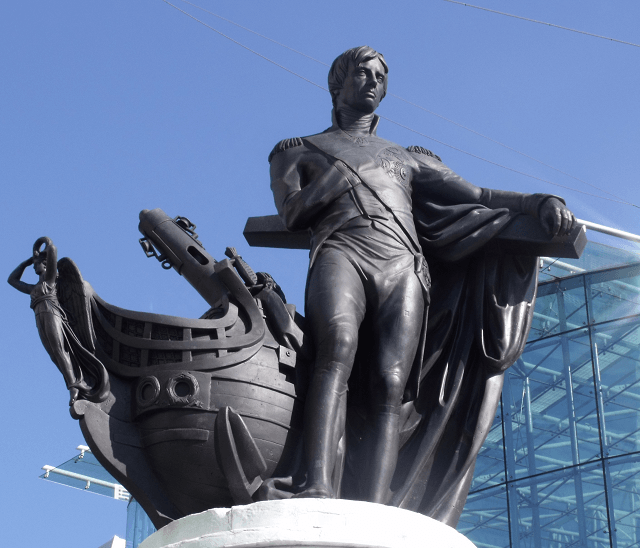 Stephen Hartland, who has organised the event for the past 13 years, told Breitbart London those who had failed to pitch in to make sure the parade could go ahead were the first to complain when it was cancelled.

Slamming the local government for Birmingham’s lack of interest in the industrial city’s heritage despite the long association between local chain and anchor makers with the Royal Navy, Hartland said “concerns about security are not really resolved by providing a few council wardens with hi-vis jackets. You would have thought the Royal Navy could supply its own security personnel to protect those on parade.”