Writing in the Financial Times this week Martin Sandbu concludes an otherwise well-informed analysis of the battles of 2016 and the political ideologies of globalism versus nationalism with the trite call to arms: “It is time for such a bold, centrist radicalism again.”

Emboldened centrists, however, are the cause of societal and political pressures faced across the Western world today.

The excesses of the elites from Poland, to the United Kingdom, across to the United States are the fundamental commonalities in these three nations mentioned by Sandbu in his article entitled The battles of ideology that will define our age.

Sandbu, an Oxford and Harvard graduate, will have no problem identifying the origins of Third Way politics, popularised by London School of Economics professor Anthony Giddens, and enacted in earnest by President Bill Clinton and Prime Minister Tony Blair.

The Third Way was a supposed fusing of capitalism and social justice — the corporate world, and the nanny state. In 20th century nomenclature, this could have passed for soft fascism. But by the end of the 20th century and beginning of 21st, the school of thought that expanded government and government programmes, imbibed of state control over drinking, smoking, working time regulations, and more became known as “new capitalism”.

At least that’s what Blair called it, and it gave these radical new centrists of their time the ability to label themselves whatever they wanted to suit their contemporaneous predicaments. Literally the first page of the former British Prime Minister’s 2010 autobiography A Journey begins with a barely comprehensible game of hop scotch around the political spectrum:

This is not to say that ideals or values no longer matter—they matter hugely, and the progressive/conservative divide (a more modern version of left/right) still has relevance… I remain unequivocally on the progressive side of politics, but I am fiscally more conservative, and on markets, liberal… governments have to liberate themselves from ideology based on left/right… You find those who call themselves progressives and conservatives on both sides of the debates about immigration.

On literally the first page, Blair goes from endorsing the relevance of the left-right divide to decrying it, demanding “liberation” for governments.

And he’d be right, were he not so wrong.

Blair’s contention that “left” or “right” is less applicable than another measure is not atrocious. But he crudely misidentifies the two camps as being, instead, “open minded” and “closed minded”. This is a trick of rhetoric used to disparage those who believe in the nation state, versus those who accept the globalist view:

In reality this is quite simply the worldview espoused by international socialists versus a worldview taken by traditionalist conservatives. So despite the attempts to reframe the debate, Blair ends up in the same place he started.

Not only does Blair probably not get this himself, but he doesn’t get that the rest of us now get it too. 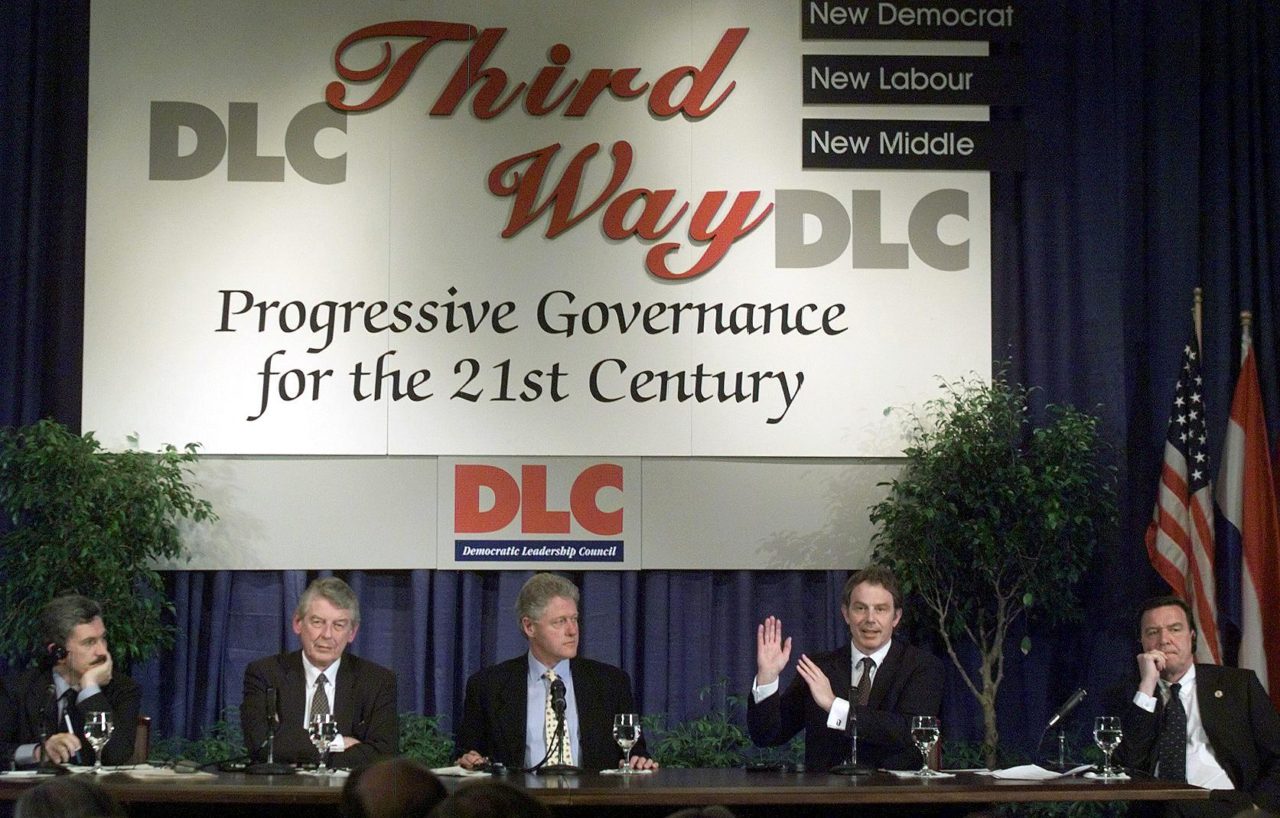 Sandbu’s article in the FT — while lauding French president Emmanuel Macron, the European Union, and Canada — abrogates any attempts at foreplay and begins referring to nationalists, nationists, and conservatives as “isolationist”. Again, it’s a thinly veiled attempt at disparagement, leveraging buzzwords we are supposed to think evil of.

In truth, opposition to socialist internationalism, globalism, or corporatism (I’m using Sandbu’s own trick, see?) is not isolationism but rather, measuredness. It is in fact those he refers to as isolationists that are the moderates. The opponents of mass migration are, more often than not, not against all immigration for instance. In other words, they are the radical new centre.

He mentions Hungary, still a European Union member state, of which the Orban government is in turn a member of the centrist European People’s Party in the European Parliament. In Poland, the supposedly “far right” government’s party is a member in turn of the neo-liberal Alliance of European Conservatives and Reformists in the Brussels parliament.

“In the long term,” Sandbu concludes, “liberals have cause for hope: withdrawing from the liberal order will surely bring lasting harm to countries where isolationists are now in charge”.

It is a faulty assertion not lost on the most regularly published readers’ letter writer to the paper, Daniel Aronoff, a PhD candidate at MIT.

Aronoff responded to the piece on Thursday morning, writing:

Implicitly, [Sandbu] assumes the economic benefits of liberalism are beyond dispute; that the root cause of populist discontent are structural changes that have skewed income towards the rich and that the order can be preserved by implementing progressive policies to distribute the wealth generated by liberalism more equitably. This argument ignores three key concerns articulated by populist leaders.

First, a country that runs a chronic trade deficit suffers a drain on demand, which can cause wage stagnation and underemployment. This danger was recognised by the pre-eminent 20th century liberal, J M Keynes, who proposed a mechanism to eliminate large trade imbalances. Alas, the “Keynes Plan” was not incorporated into the post-world war two trade system. Therefore, President Donald Trump’s claim that the US economy is harmed by its trade deficit is coherent and correct.

Second, a country that loses its capability to produce vital military equipment onshore is made vulnerable to foreign threats to cut off supplies.

Third, many people who support populist candidates look with indignation on the idea that a redistributive handout can moderate their grievances. They want the opportunity to earn a decent wage by contributing to their society and they are upset that their tax dollars are being spent in ways they do not condone. Steve Bannon, the former White House chief strategist and current Breitbart editor [sic], upends the neoliberal watchword “It’s the economy, stupid” when he states that it’s not the economy and that we’re a civic society with borders and values. Mr Bannon has his finger on the pulse of populism and his perception should be given serious consideration, whether or not one agrees with his aims.

Those who wish to preserve the rules-based order — and I count myself among them — need to climb out of their echo chamber, open their minds and listen.

What Aronoff refers to as “populism” is in a redefining of the word perhaps coined by Bannon himself. In reality the more traditional version of “populism”, another derogatory term when deployed by the political establishment — would’ve been better used to describe Blair, Clinton, Obama et al.

Populists of the Third Way by default, if not explicitly, argued that political leaders couldn’t have definitive ideologies and that piecemeal political platforms were the wave of the future. No greater example exists than how Blair managed to reconcile the hardline socialism of his party with his self-confessed “liberal-conservative” market views. Instead of standing for something, Blair ran on the “Cool Britannia” mantra, eschewing substance for style, diverting from debate and embracing governance by charisma.

There is some of that left in the new populism, though not without ideology too.

In other words, neoliberals are pretty much just mad they couldn’t find a way to marry philosophy and popularity, while it would seem the right has.

Raheem Kassam is the editor in chief of Breitbart London