BARCELONA, Spain (AP) — Hundreds of thousands of Catalan separatists rallied in downtown Barcelona on Sunday to demand the release of high-profile secessionist leaders being held in pre-trial detention.

Protesters waved Catalan separatist flags behind a huge banner that read “for rights and liberties, for democracy and unity, we want them back home!”

The demonstration was organized by two pro-independence grassroots groups, the National Catalan Assembly and Omnium, whose presidents are among the nine separatists in prison awaiting trial for their roles in last year’s failed breakaway bid by the northeastern Spanish region. 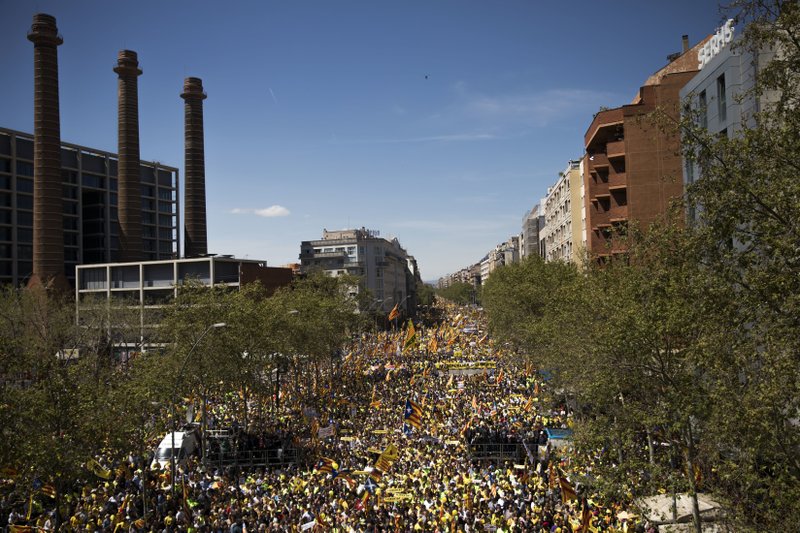 Demonstrators wave esteladas or independence flags in Barcelona, Spain, Sunday, April 15, 2018, during a protest in support of Catalonian politicians who have been jailed on charges of sedition. Hundreds of thousands of Catalan separatists rallied in downtown Barcelona Sunday to demand the release of high-profile secessionist leaders being held in pre-trial detention. (AP Photo/Emilio Morenatti)

The regional chapters of Spain’s two leading labour unions, along with other civil society groups, supported the protest despite the complaints from some members who don’t want secession for Catalonia. Barcelona police said 315,000 people participated in the protest.

“The majority of Catalans, regardless of their political position, agree that pre-trial jail is not justified,” said regional UGT union leader Camil Ros. “What we as labour unions are asking for now is dialogue.” 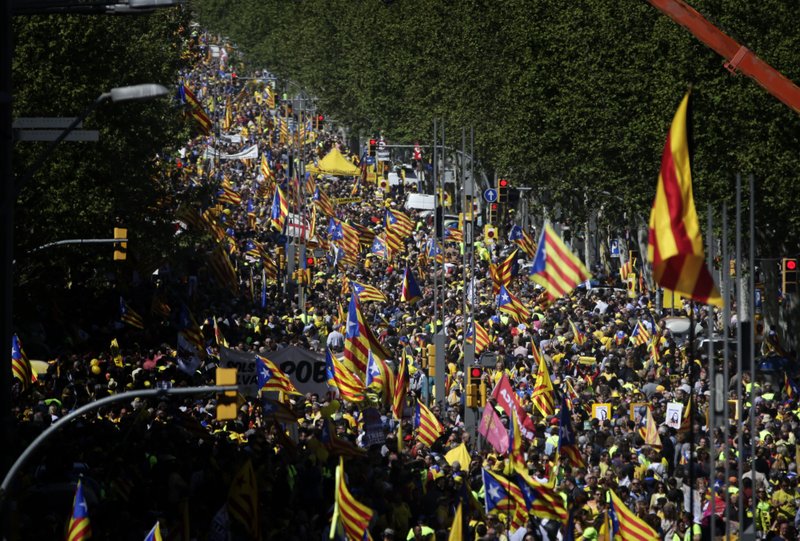 The secession movement in the wealthy region has plunged Spain into its deepest institutional crisis in decades.

Separatist lawmakers defied court orders and held an ad-hoc referendum on independence in October. Their subsequent declaration of independence for the region led to a crackdown by Spanish authorities acting to defend the Spanish Constitution, which declares the nation “indivisible.” 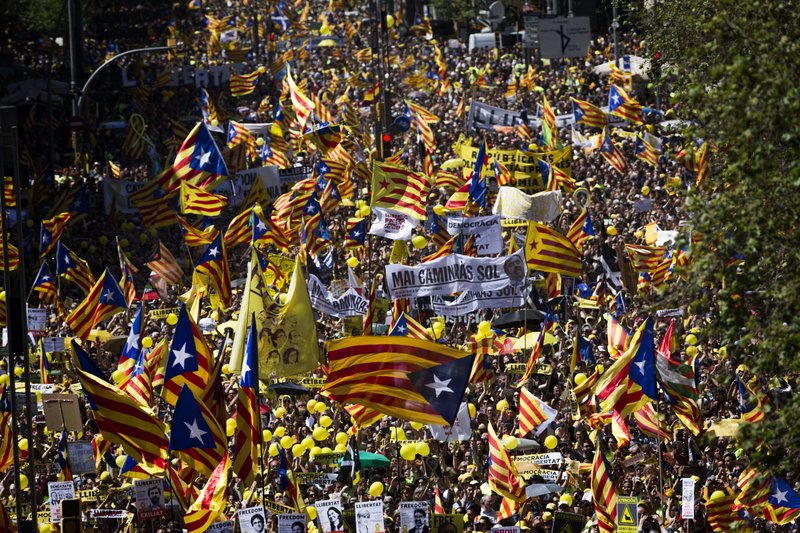 Pro-independence parties retained a slim majority in Catalonia’s parliament after an election in December, but courts have blocked their attempts to elect as regional chief any lawmaker who is either behind bars or has fled the country.

The latest opinion poll published by the Catalan government in February said that support for independence had decreased to 40 percent from near 49 percent in October. The poll surveyed 1,200 people and had a margin of error of 2.8 percent.