A terrorist who attacked and killed people at random in Paris last night has been named as Khamzat Azimov, a migrant and Islamist radical from Chechnya.

The deadly knife attack which has been claimed by Islamic State through the Amaq News Agency, The Times reports.

Azimov was a French citizen born in the Muslim-majority Russian Federation republic of Chechnya in 1997, and according to French media was on a French intelligence agency watch list of potential jihadists and terrorists called “S file.”

He was shot dead by police after launching the assault on passers-by in central Paris, whilst shouting the Islamic war cry ‘Allahu Akbar’, which means ‘God is greater’ in Arabic.

Witnesses say he randomly lunged at people, attempting to cut their throats with a box cutter in la Rue de Monsigny, a close to the Paris opera house.

Front National leader Marine Le Pen, who wants around 10,000 Islamist suspects on the intelligence agency watch list deported or jailed, commented: “What use is this watchlist if we don’t ensure that these timebombs cannot cause damage on French soil?” 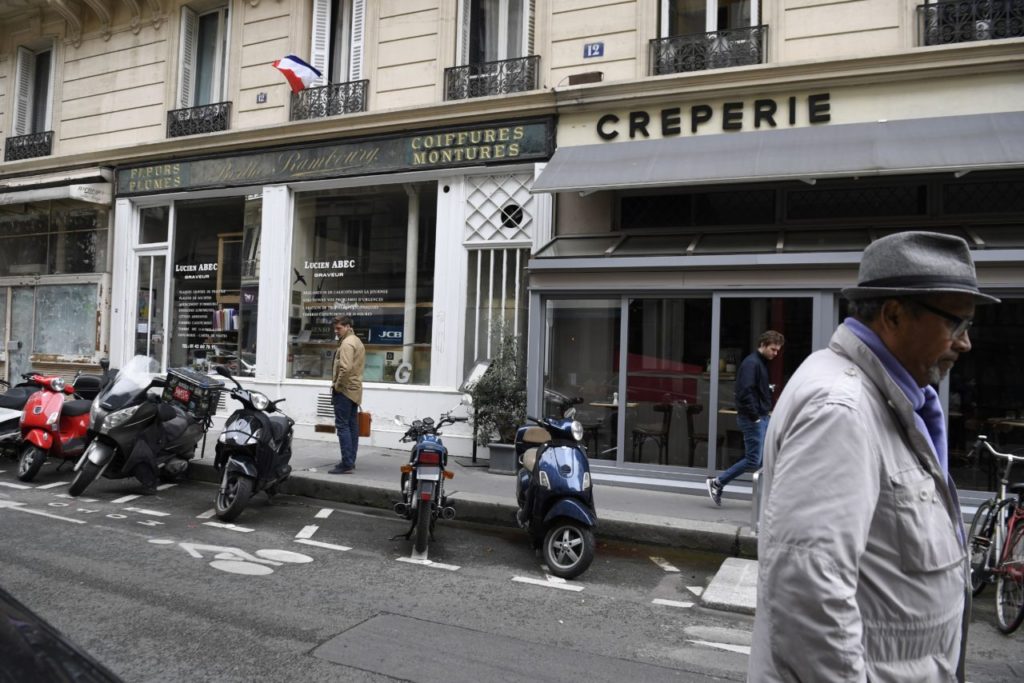 People walk in Monsigny street as a French national flag hang from a window, on May 13, 2018 in Paris, on the site where a knifeman was shot and killed by police after he killed one man and wounded four other people on the eve in the area. (ERIC FEFERBERG/AFP/Getty)

Olivier Woodhead, 40, a man from the United Kingdom who owns a brasserie serving British food in the district, said he and his barman had seen the jihadist stab a passer-by outside the creperie opposite from the street.

“A police car then drew up and stopped. The man had gone further up the street but when he saw the police he turned round and came back towards them,” he told The Times.

“He looked crazed. He was shouting and his hands were covered in blood. The officers tried to Taser him, but I think the first shot missed him and the second hit him but didn’t stop him.

“He managed to isolate one of the officers. I couldn’t see everything because it was behind a car, but I could see that he had his hands on the policeman and pushed him back.

“The policeman fell to his knees. He was in absolute danger. He fired two bullets at the man. The first missed him and hit my neighbour’s front door. The second bullet hit him.”