Prime Minister Viktor Orbán has said that it is Hungary’s duty to defend itself and that any nation “unable to protect its country is not worthy of it”.

“The defence of Hungary is not the task and duty of NATO or the European Union, but of ourselves,” the conservative Prime Minister said at the induction ceremony for the new Chief of Staff of the Hungarian Defence Forces on Wednesday.

“The situation today is that security is the most valuable currency of our age,” Prime Minister Orbán said.

“Now we have learnt that conflicts further from us can reach our frontier within a few weeks – and even now millions of immigrants are waiting to set off.”

Telling his new Chief of Staff that he wanted a “modern, combat-ready army committed to its homeland”, Mr. Orbán stressed that over the next few years his Fidesz-KDNP government will more than double the budget of the Hungarian Defence Forces.

“History teaches us that a nation which is unable to protect its country is not worthy of it. A strong Hungary cannot exist without a strong army,” he added.

Mr. Orbán’s conventional wisdom that a strong nation needs a strong military to defend itself appears to be at odds with the defence aspirations of the supranational European Union.

The bloc established the Permanent Structured Cooperation deal (PESCO) in November 2017 and launched a €13 billion “Defence Fund” in early May, paving the way for an eventual EU army which could not only undermine NATO defence efforts but those of sovereign nations. 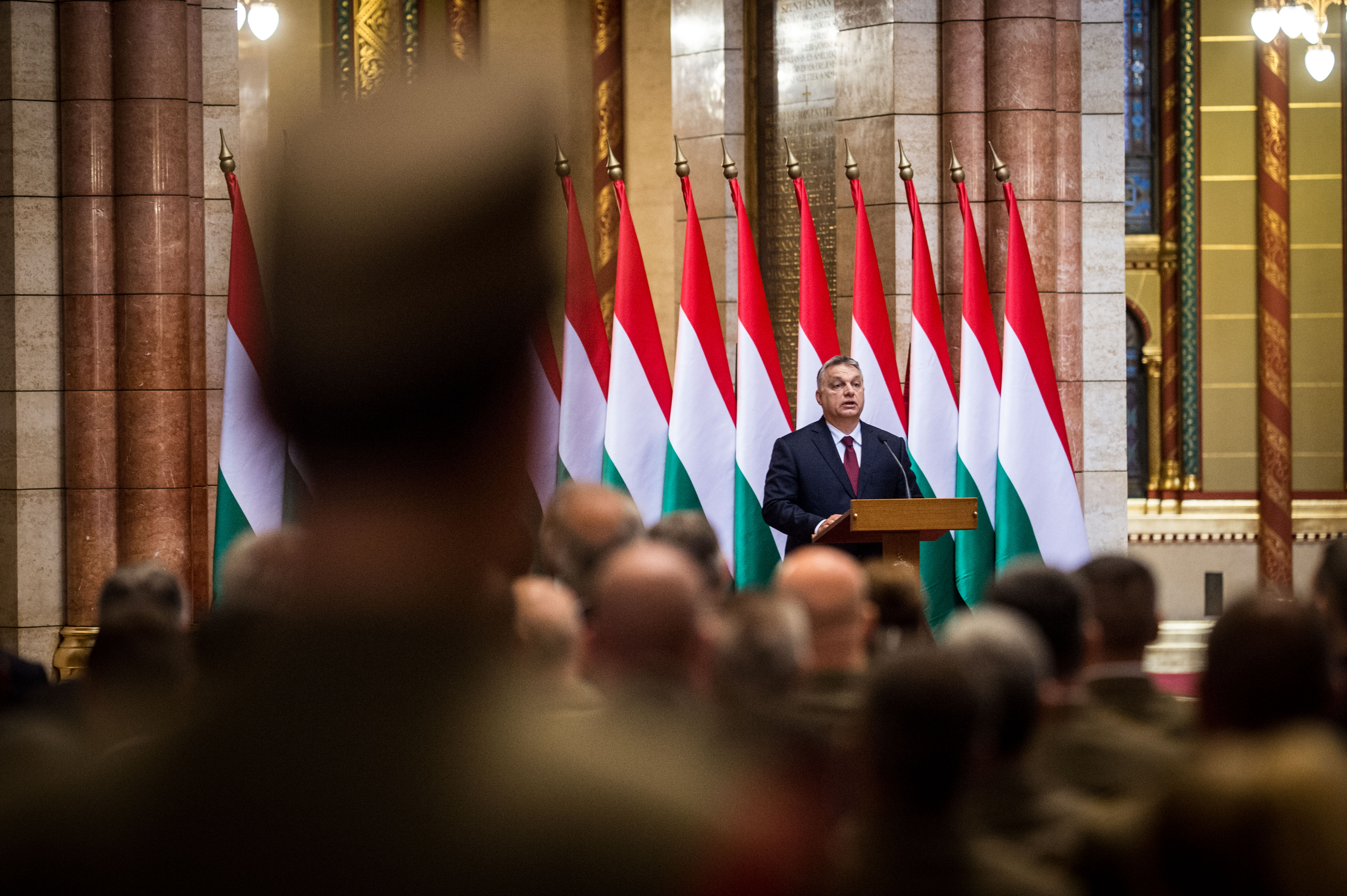 Hungary has sought collaboration with other patriotic countries “united against mass illegal migration” in a multi-lateral defence partnership, joining Austria, Croatia, Slovakia, Slovenia, and the Czech Republic in the Central European Defence Cooperation (CEDC) in June 2017.

Members of NATO (Northern Atlantic Treaty Organization) have come under criticism by U.S. President Donald J. Trump for failing to pull their weight with only five of the 28 member countries spending the minimum 2 per cent of GDP on defence while the U.S. pays some 3.6 per cent to support the alliance.

Apart from the U.S., Greece, Estonia, the United Kingdom, and Poland are the only other nations to hit the target; however, following criticism from the President, Romania, Latvia, and Lithuania are expected to join that list this year.

The UK has barely scraped the NATO spending benchmark for two years running by padding accounts with army pensions, with a senior U.S. general warning Britain in 2017 not to cut the military any further lest it become a second-rate power unable to fulfil its international commitments.

On Thursday, Parliamentary Under Secretary of State at the Ministry of Defence Tobias Ellwood called for UK defence spending to be restored to a parity with health and education spending at some ten per cent.