A female Australian journalist and her cameraman were mugged by two masked cyclists while the broadcast was being beamed to Channel Seven’s Sydney control room.

Channel Seven’s Laura Irving and her cameraman Jimmy Cannon were prerecording material just after having finished filming a live cross for Sunrise at around 10pm UK time on Monday (Tuesday morning in Australia) in the London Borough of Islington when one of two thieves on mountain bikes approached them, reports The Sydney Morning Herald.

“I was really busy [prerecording additional footage] and noted that they were wearing balaclavas, which you would think would be a dead giveaway as to their intentions,” Ms. Irving told Melbourne radio station 3AW’s breakfast show. 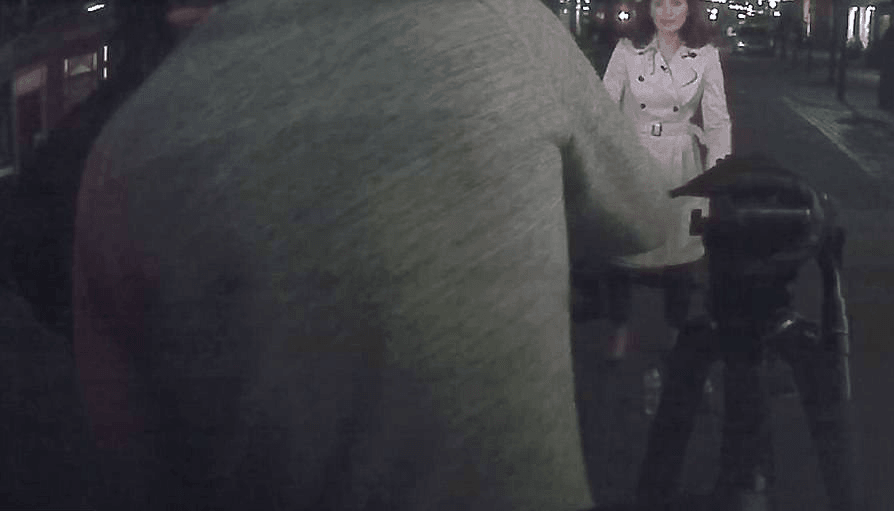 One of the muggers (far left, in black) taking the camera from cameraman Jimmy Cannon (in grey) whilst reporter Laurel Irving looks on in surprise. (Seven News Sydney)

“I started talking into the camera and, while that was happening, one of them walked up to Jimmy, our cameraman, and started talking to him. All of a sudden Jimmy took the camera off the tripod and that’s when I stepped in and said, ‘Hey, what’s going on here?’

“I tried to grab the camera and Jimmy said, ‘No, no, he’s got a gun!’ So I let it go and they took off on the bikes carrying the very expensive, very large, and very heavy camera.”

“We never saw any weapons,” Ms. Irving clarified, adding that “but Jimmy was certain that if he didn’t have a gun he’d have a knife.” 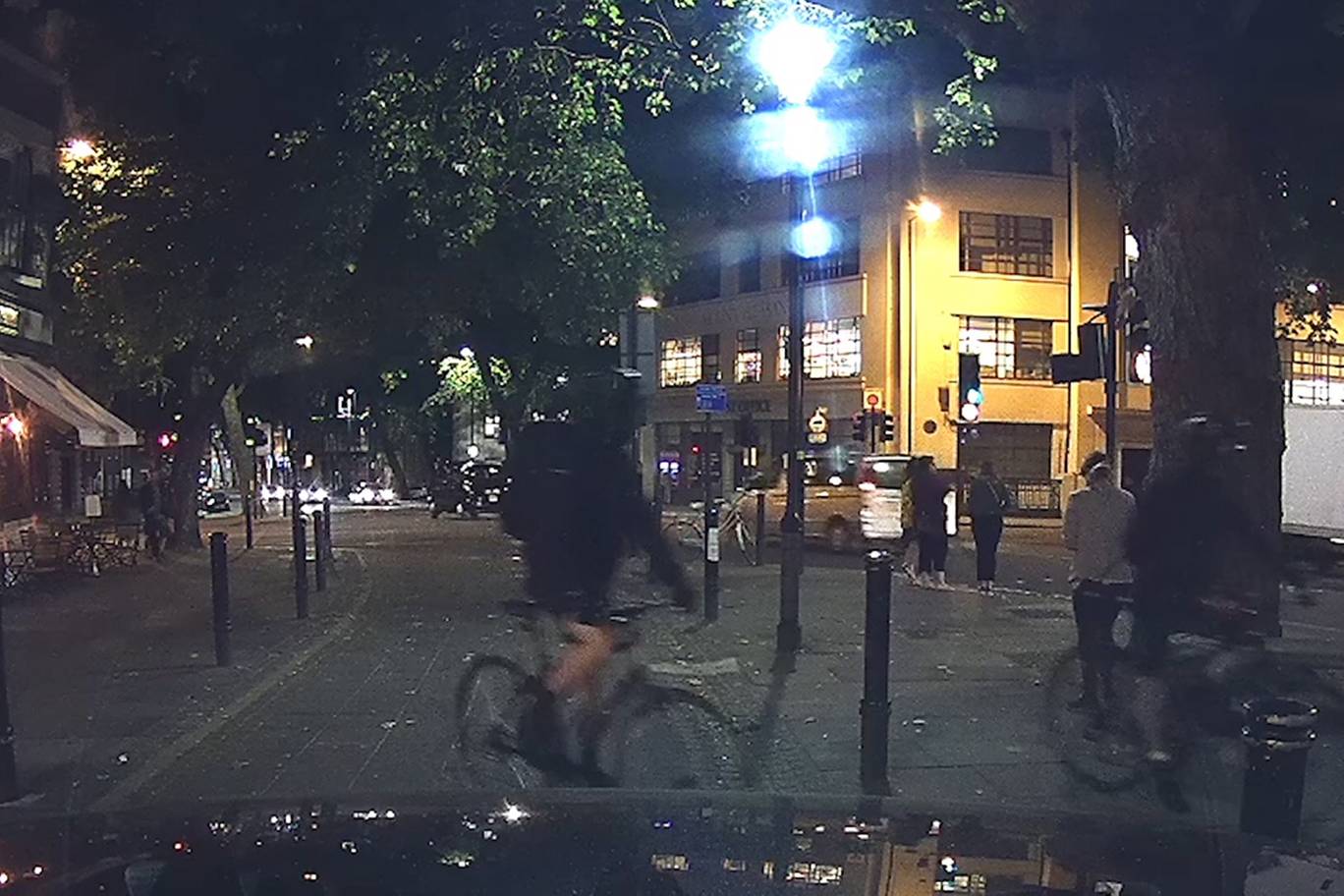 The two muggers getting away with the camera on mountain bikes (Credit: Seven News Sydney)

The muggers rode away with £14,000 ($25,000AUS, $19,000US) worth of camera equipment, but they were unaware that the whole robbery was being beamed live to Channel Seven’s control room, with stunned producers watching as events unfolded.

After the feed cut out, Irving was able to snap a picture of the robbers as they got away on their mountain bikes and Channel Seven passed on the footage to London’s Metropolitan Police. Additional footage was taken by Mr. Cannon’s car dashcam.

Thanks everyone for the love. We’re all good. @7_Cannon was fantastic. The London crime rate though is crazy. https://t.co/K1SRDhndUu

A spokesman for Channel Seven confirmed: “Seven News Europe correspondent Laurel Irving and cameraman Jimmy Cannon were the victims of an armed mugging in London.

“They had just finished a live cross for Sunrise on Monday evening London time when two balaclava-clad men on bikes approached and demanded they hand over the camera. The entire incident was recorded as pictures were still being fed back live to the Sunrise control room, and that vision has been handed over to local police. Both Laurel and Jimmy are safe and well.”

Ms. Irving also tweeted that she was “all good” but that “The London crime rate though is crazy.”

London has been hit by a crime wave under Labour Mayor Sadiq Khan with robbery up by 33.4 per cent and theft by 33.9 per cent on last year.

In the last week, there have been a succession of bike-enabled robberies: on Monday, British comedian Michael McIntyre was mugged by a man on a moped while he was picking his sons up from school in Golders Green and a woman was left in a critical condition after being robbed of her mobile phone in Edgware by two men on a moped that evening. On Tuesday, a Regent Street luxury jewellers was raided by a moped gang carrying knives and hammers.