France and Germany have agreed to introduce a single Eurozone budget and shared emergency funds for the bloc, as the European Union (EU) races towards deeper, globalist integration after the Brexit vote.

German Chancellor Angela Merkel and her French counterpart, President Emmanuel Macron, met this Tuesday to finalise plans for sweeping reforms which will affect the 19 member states that use the euro currency which would come into force in 2021.

Bruno Le Maire, France’s Minister of the Economy, described what they agreed as a “euro area budget” and “safety net in the event of a financial crisis” and said they would also increase “tax convergence on corporate tax”.

“France and Germany have agreed to set up a Eurozone budget. More EU centralisation, this is not what voters want,” tweeted former UKIP leader and MEP Nigel Farage, reacting to the news Tuesday afternoon.

“We are working to make sure that the eurozone budget will be used to strengthen investment, also with the aim of strengthening convergence within the eurozone,” Chancellor Merkel said ahead of the agreement.

President Macron said, according to Deutsche Welle, that the budget will be a “real budget with annual revenues and spending”. 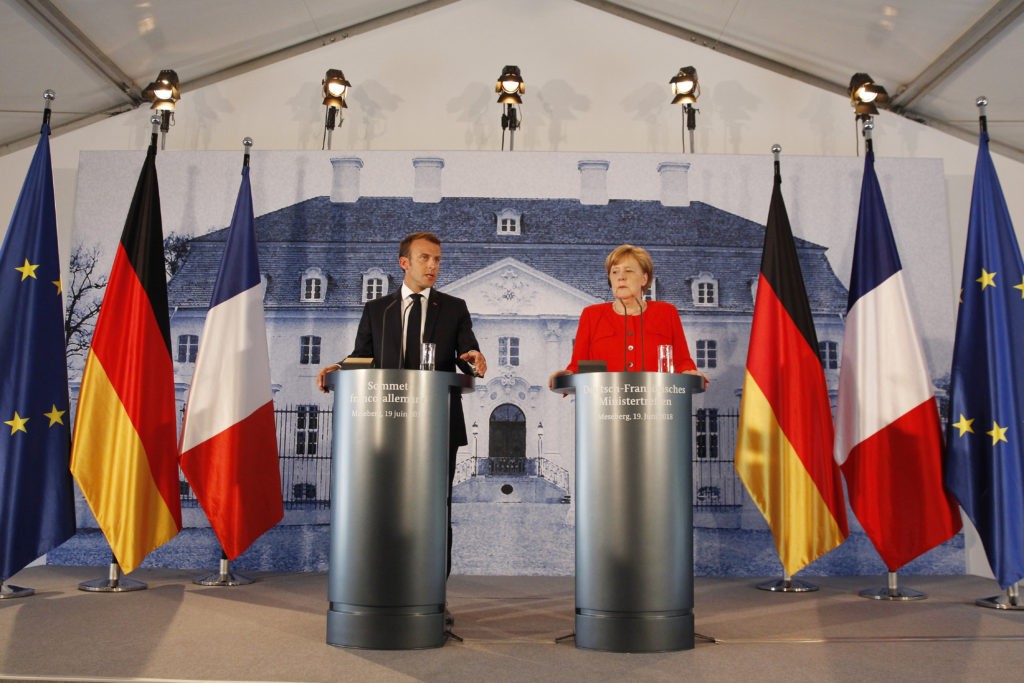 “We want Europe to find its place in a multilateral world,” added the German Chancellor, speaking of wider reforms, foreign policy, and defence.

She continued by frankly stating that they would force some EU nations to accept the expanding power of the bloc, even if people disagreed, stating: “We won’t always wait for absolute consensus.”

France and Germany are also pushing for a new EU agreement on managing migrants and asylum seekers entering the bloc at the meeting in Germany.

Mrs Merkel and her party have been given a two-week deadline to come up with a new migration solution from their sister party, after the Chancellor rejected a tough migrant plan, including a policy of returning those rejected for asylum in other nations to the border.