Counter-terror police have taken over the investigation into an incident Tuesday morning which saw a silver car strike several members of the public and crash into the counter-terror security barrier ringing the Houses of Parliament.

Metropolitan Police Assistant Commissioner Neil Basu has now confirmed that one woman is in hospital with “serious but thankfully, non-life threatening injuries” after a black male in a silver Ford Fiesta “collided with cyclists and pedestrians before hitting a barrier and coming to a stop.”

Assistant Commissioner Basu sais that the suspect, “who is in his late 20s, was arrested on suspicion of terrorism offences and has been taken to a south London police station where he remains in custody.”

He added: “Given that this appears to be a deliberate act, the method and this being an iconic site, we are treating it as a terrorist incident and the investigation is being led by officers from the Counter Terrorism Command.” 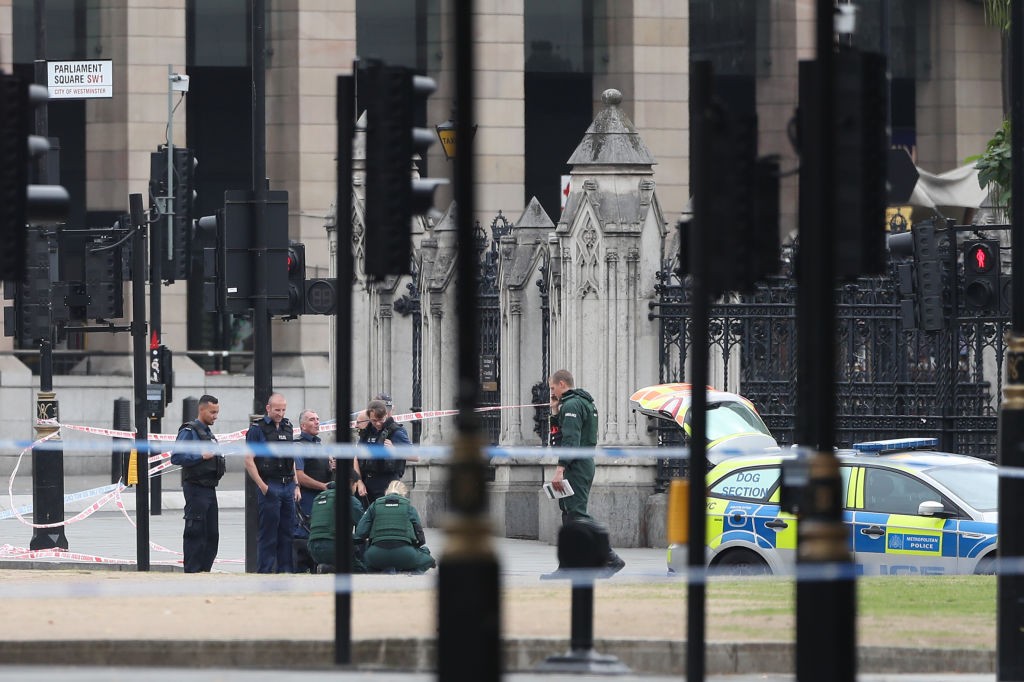 Police and emergency response teams work outside the Houses of Parliament following an incident where a car crashed into barriers on August 14, 2018. – A “number of pedestrians” were injured when a car crashed into barriers outside Britain’s Houses of Parliament today, with armed police swooping in to arrest the driver, Scotland Yard said / DANIEL LEAL-OLIVAS/AFP/Getty Images 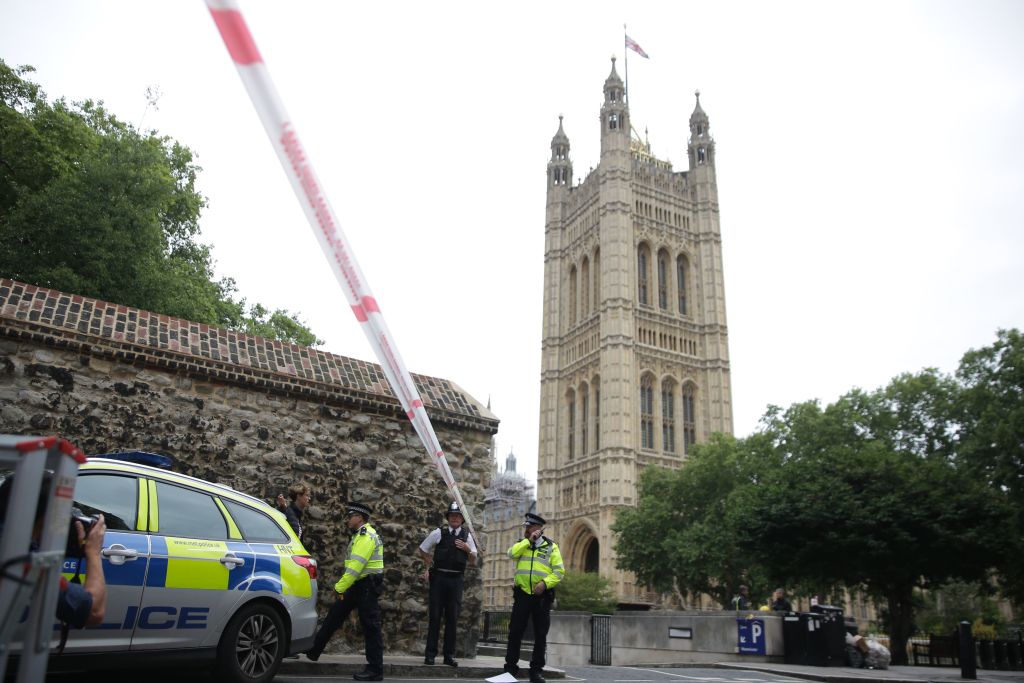 Police secure a cordon outside the Houses of Parliament following an incident where a car crashed into barriers on August 14, 2018. / DANIEL LEAL-OLIVAS/AFP/Getty Images

The Metropolitan Police Force has said that Counter-Terrorism Command is leading the investigation into the crash, but that they are keeping “an open mind”.

A man has been arrested after a car crashed into security barriers outside the Houses of Parliament. A number of pedestrians have been injured

The event triggered a significant response by the emergency services. Eyewitnesses who took to the micro-blogging platform Twitter described seeing at least one cyclist receiving medical attention from paramedics.

The Met is urging anyone who thinks they may have information that could assist the investigation to call police on 0800 789 321.

They are also asking members of the public who captured footage or images of the incident as it unfolded to send them in via our website www.ukpoliceimageappeal.co.uk. 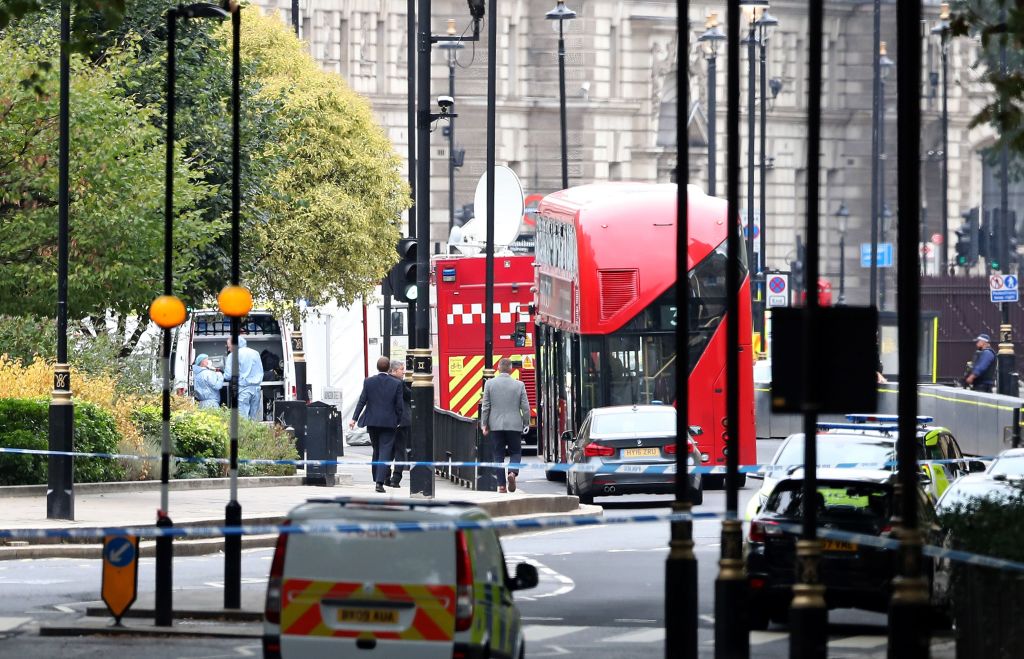 Police forensics officers outside the Houses of Parliament following an incident where a car crashed into barriers, in central London on August 14, 2018. / DANIEL LEAL-OLIVAS/AFP/Getty Images 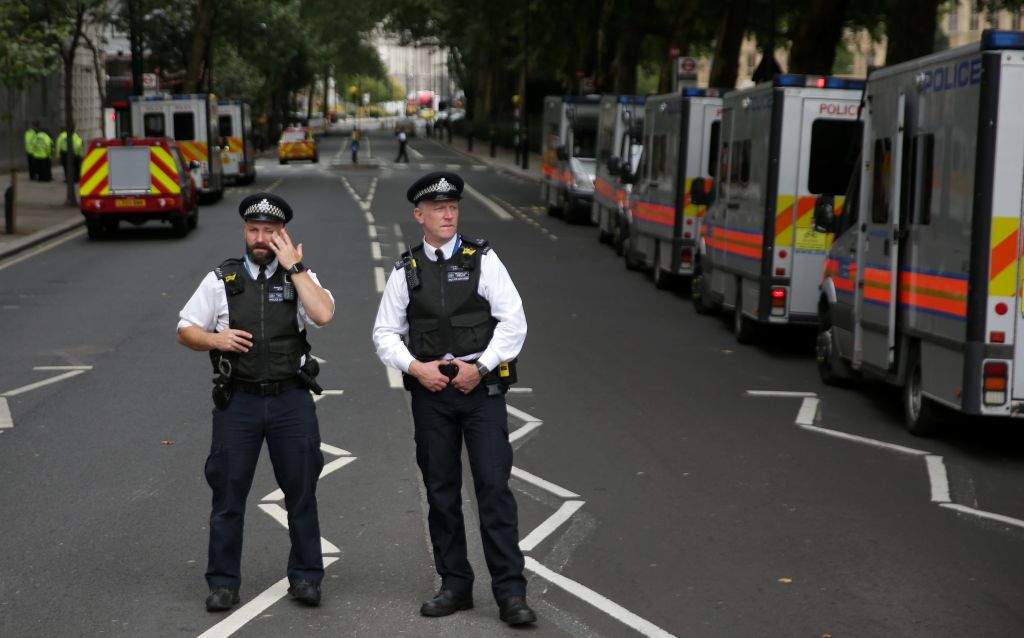 Police officers stand on duty at a cordon near to the Houses of Parliament following an incident where a car crashed into barriers in central London on August 14, 2018. / DANIEL LEAL-OLIVAS/AFP/Getty Images 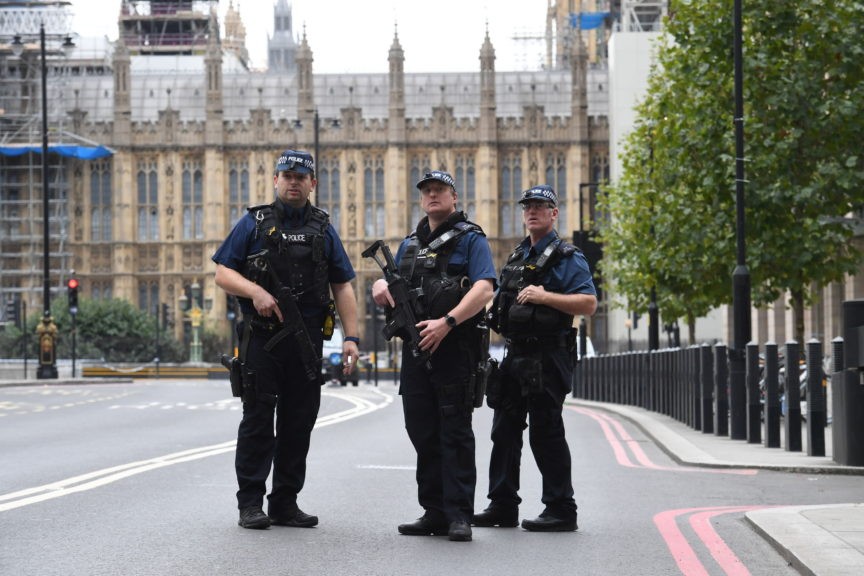 Large sections of road and the London Underground subway were shut down and hundreds of commuters cleared out as police establish cordons around the area, and travel in and around the area remains disrupted.

Security around London’s Palace of Westminster, which houses both houses of the British Parliament, remains tight after a string of terror attacks in 2017. One of those attacks saw Islamic extremist Khalid Masood mow down pedestrians with a vehicle before dismounting and killing a police officer guarding the Palace with a knife.