A Turkish tourist has been slapped with a 1,000 kroner (£121) fine in Denmark after she entered a police station to renew her visa while wearing a full-face Islamic veil.

Officers in Aarhus, in western Denmark, said the 48-year-old woman was unaware of the Scandinavian nation’s new law banning the radical garments in public, Berlingske reports.

The woman reportedly paid the fine immediately and removed the veil from her face before she left the police station.

The so-called “burqa ban” prohibits anyone from wearing garments covering the face, including burqas and niqabs, which are associated with extreme forms of Islam such as Wahhabism and Salafism that are used to justify terrorism.

The law was passed through the Danish parliament at the beginning of the year and brought into force last month. 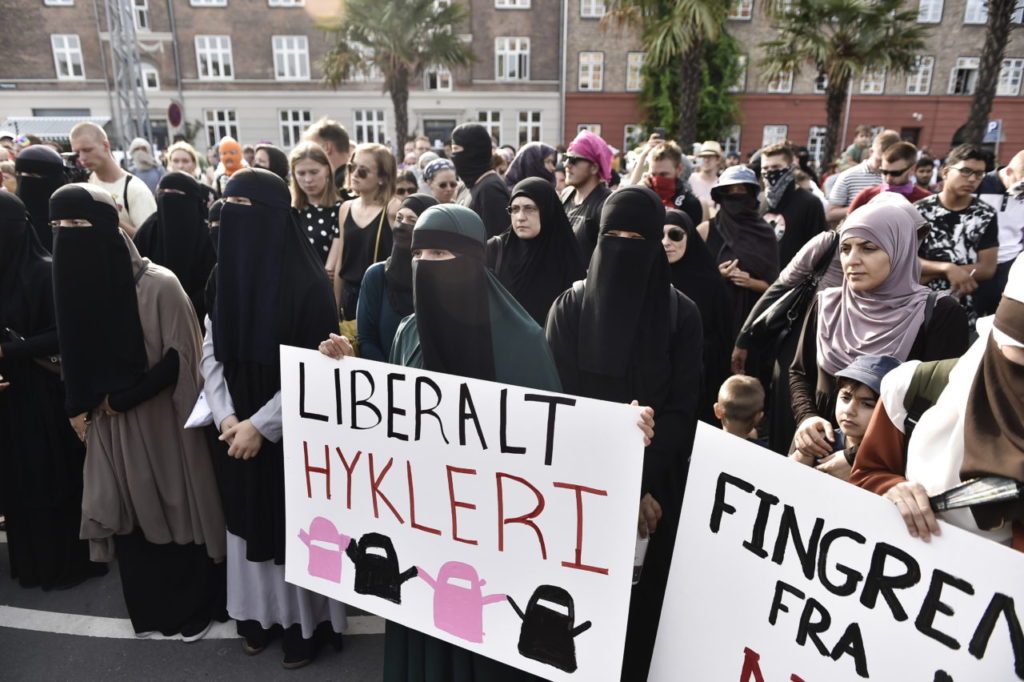 Women wearing niqab to veil their faces take part in a demonstration on August 1, 2018, the first day of the implementation of the Danish face veil ban, in Copenhagen, Denmark. (Mads Claus Rasmussen/Getty)

A 28-year-old woman wearing a face veil became the first person in Denmark to be fined for violating the new law on August 4th.

The woman had become involved in a scuffle in a shopping centre with another woman who had tried to remove the veil, it was reported.

“During the fight, her niqab came off, but by the time we arrived she had put it back on again,” an off-duty police officer said.

Last year, the European Court of Human Rights upheld a ban on full-face coverings in Belgium, declaring the state had the right to impose restrictions aimed at ensuring the principles of “living together”.

Austria, France, Latvia, the Netherlands, Bulgaria, Germany, and parts of Switzerland have fully or partially banned the garments, which are widely seen as a barrier to integration and a security threat.

The Danish ban also targets other accessories that hide the face such as balaclavas, masks, and fake beards.