There has been a 39 percent surge in the number of terrorists brought to justice in the UK over just one year, hitting its highest level in a decade.

A total of 100 people were brought to trial in the year ending 30 June 2018, a significant rise on the previous year, but the number of people arrested for terror offences was down significantly, Home Office data shows. 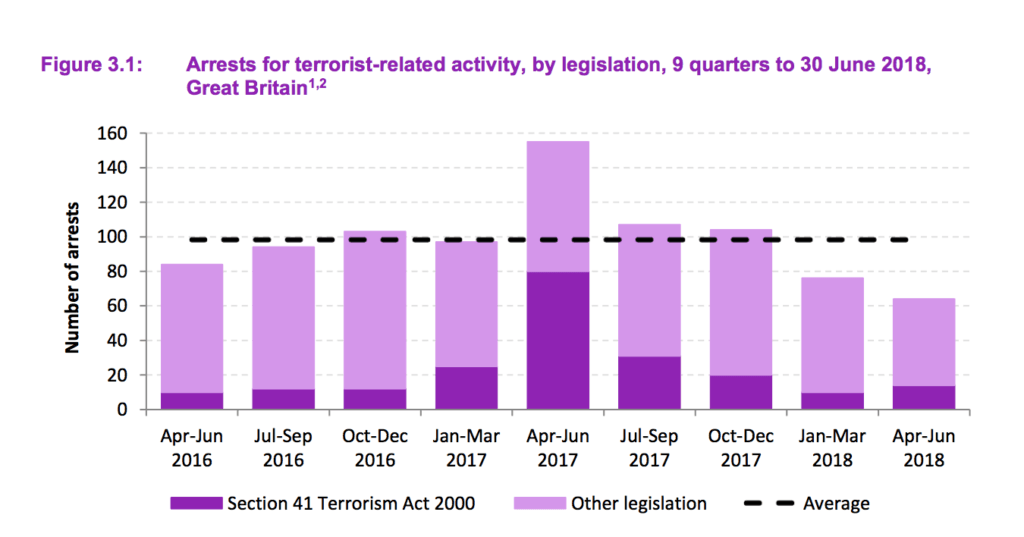 London’s Police explained: “This can largely be explained by the spike in arrests following the five terror attacks during the previous reporting year, and should not be mistaken for a reduction in the threat or police activity in the Counter Terrorism sphere.

“In fact, the number of active investigations being carried out by CT Policing and the Security Services has reached its highest ever level, with the figure currently standing at more than 650 live investigations into the most dangerous individuals.”

“We’re not only successfully prosecuting more people than ever before, but we’re also jailing the most dangerous offenders for longer – helping to keep the public safe.”

The number of those in custody or jail for terror offences is also rising, jumping by seven percent in the year to June 30th, 2018, continuing an upward trend and pushing the number to the highest since data collection began in 2009. 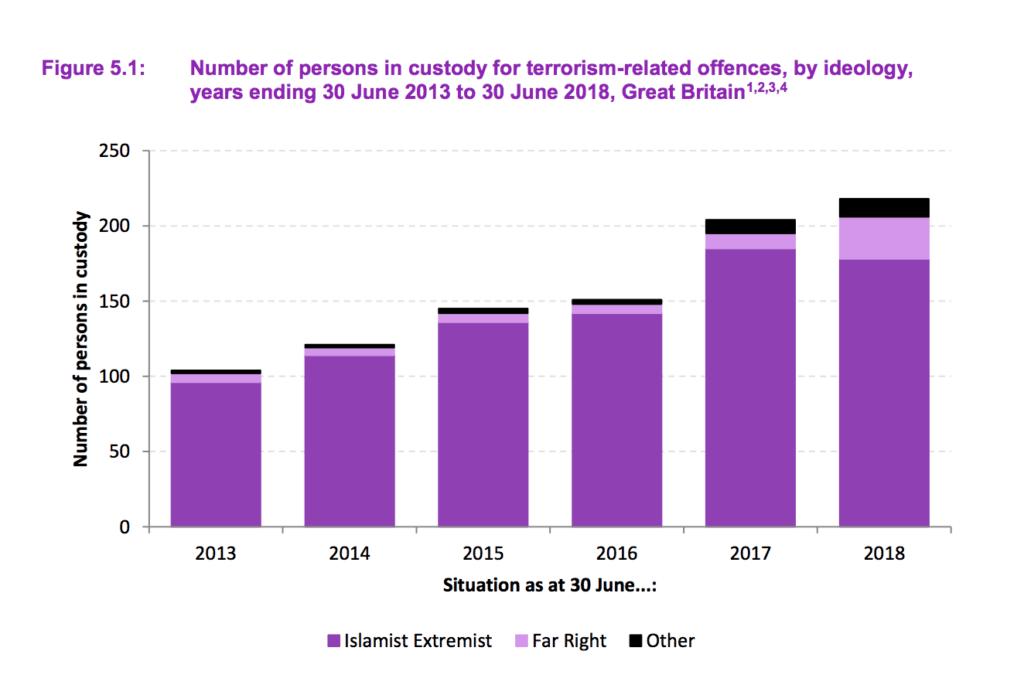 Of those in custody, 82 percent were categorised as holding Islamist extremist views, a further 13 percent as holding far right-wing ideologies, and six percent other ideologies.

Meanwhile, more white people than people of Asian appearance were arrested on suspicion of terrorism over the year. Despite that, white individuals are still significantly proportionally underrepresented as they make up over 87 percent of the UK population.

White suspects accounted for 38 percent of all arrests in the year, an increase of four percent, as arrests of those of Asian appearance fell by seven points to 37 percent.

Asians, including British Pakistanis and Indians, represent around 4.2 percent of the UK population and Muslims make up 4.4 percent. 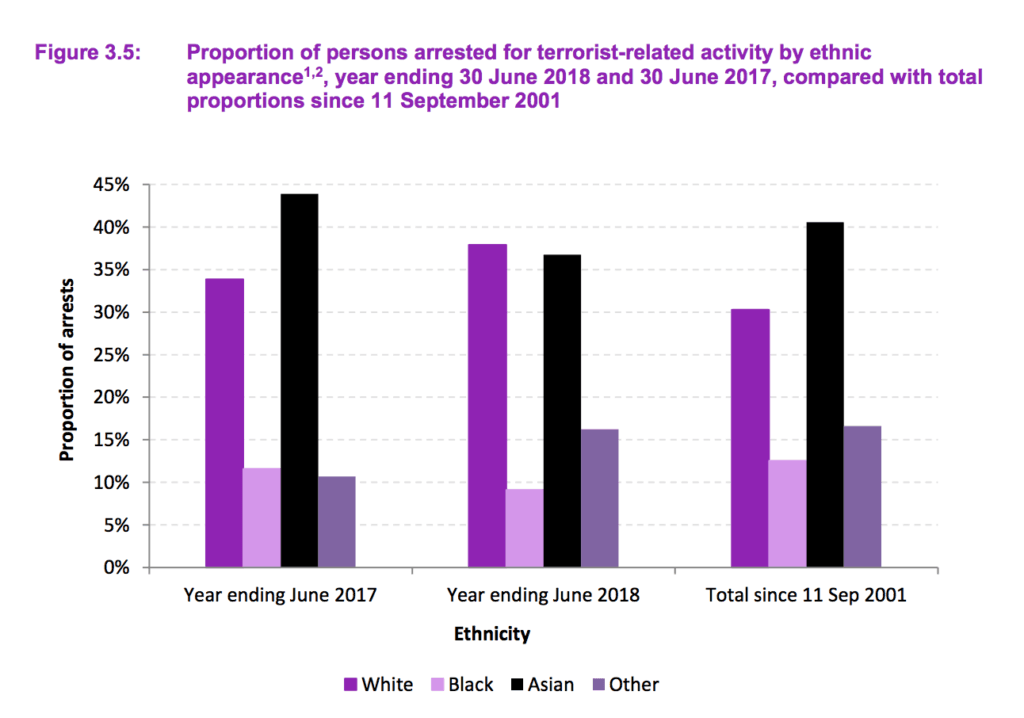