Also known as Abou Hamza, the 36-year-old Paris-born Islamist was arrested by French authorities in the small east African nation on December 16th, according to The Times.

Chérif is a known associate of Charlie Hebdo attackers Chérif and Saïd Kouachi, having been in frequent contact with them ahead of the shootings and being part of the same Parisian al-Qaeda cell, the Buttes-Chaumont network, which was known for sending fighters to Iraq in the early 2000s.

The Kouachi brothers stormed the magazine office on January 7th, 2015, fatally shooting 12 journalists and injuring 11 others. It is believed the attack was inspired by Charlie Hebdo printing editions featuring satires of the Muslim prophet Mohammed, which is forbidden in Islam.

Two days later, the brothers were killed in a police shoot-out at a print-works. Al-Qaeda in the Arabian Peninsula (AQAP) later claimed responsibility for the Charlie Hebdo and related attacks by Amédy Coulibaly in the following days.

Coulibaly, another member of the Buttes-Chaumont cell, friend of the Kouachi brothers, and Islamic State supporter, randomly shot and injured a jogger at Fontenay-aux-Roses hours after the Charlie Hebdo attack.

While evading authorities, on the 8th he fatally shot municipal police officer Clarissa Jean-Philippe in Montrouge, and on the 9th, held several people hostage at gunpoint at the Hypercacher Jewish supermarket in Porte de Vincennes killing four people before being shot dead by police during the siege. 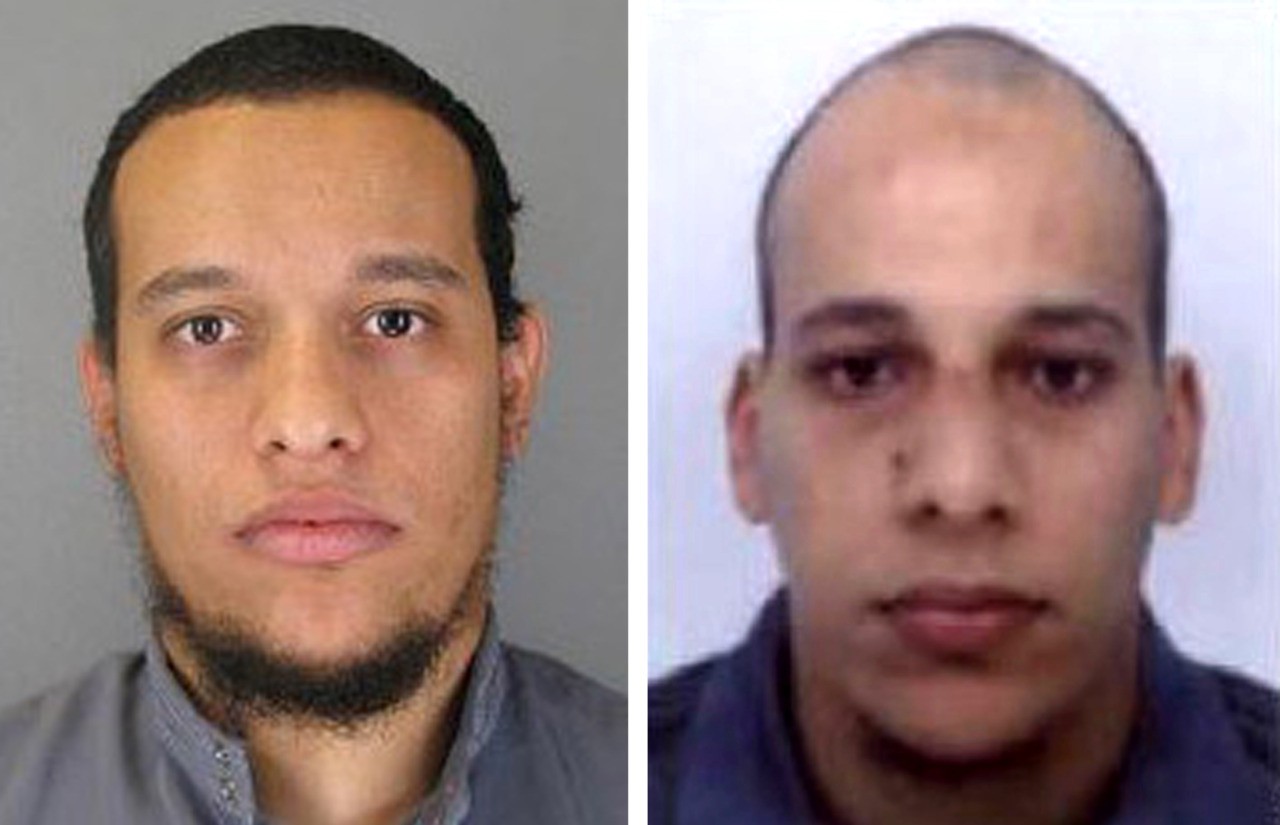 UNSPECIFIED – JANUARY 08: Pictured in this composite of handout photos provided by the Direction centrale de la Police judiciaire on January 8th, 2015 are suspect Said Kouachi, aged 34, (L) and suspect Cherif Kouachi, aged 32, who are both wanted in connection with an attack at the satirical weekly Charlie Hebdo. (Photo by Direction centrale de la Police judiciaire via Getty Images)

The son of a French Caribbean father and Tunisian mother, Peter Chérif graduated from petty crime to armed robbery before coming to the attention of French security services in the late ’90s — around the time he befriended the Kouachi brothers.

He was first arrested in Iraq in 2004 after fighting for al-Qaeda and was jailed for 15 years before escaping the Baghdad prison in 2007 after an insurgent attack, travelling to Syria.

Fearing being captured by pro-Assad forces, he surrendered himself to French authorities in 2008 and was extradited to France where he was jailed for 18 months.

He fled the country during a 2011 trial where he faced charges of recruiting for al-Qaeda in France, travelling to Yemen on the Arabian peninsula, just across the Bab-el-Mandeb strait to Djibouti.

He was sentenced in absentia to five years in prison by the French courts for membership of a terrorist organisation, and is listed on the U.S. Department of State’s Designations of Foreign Terrorist Fighters for being a foreign fighter and member of AQAP. 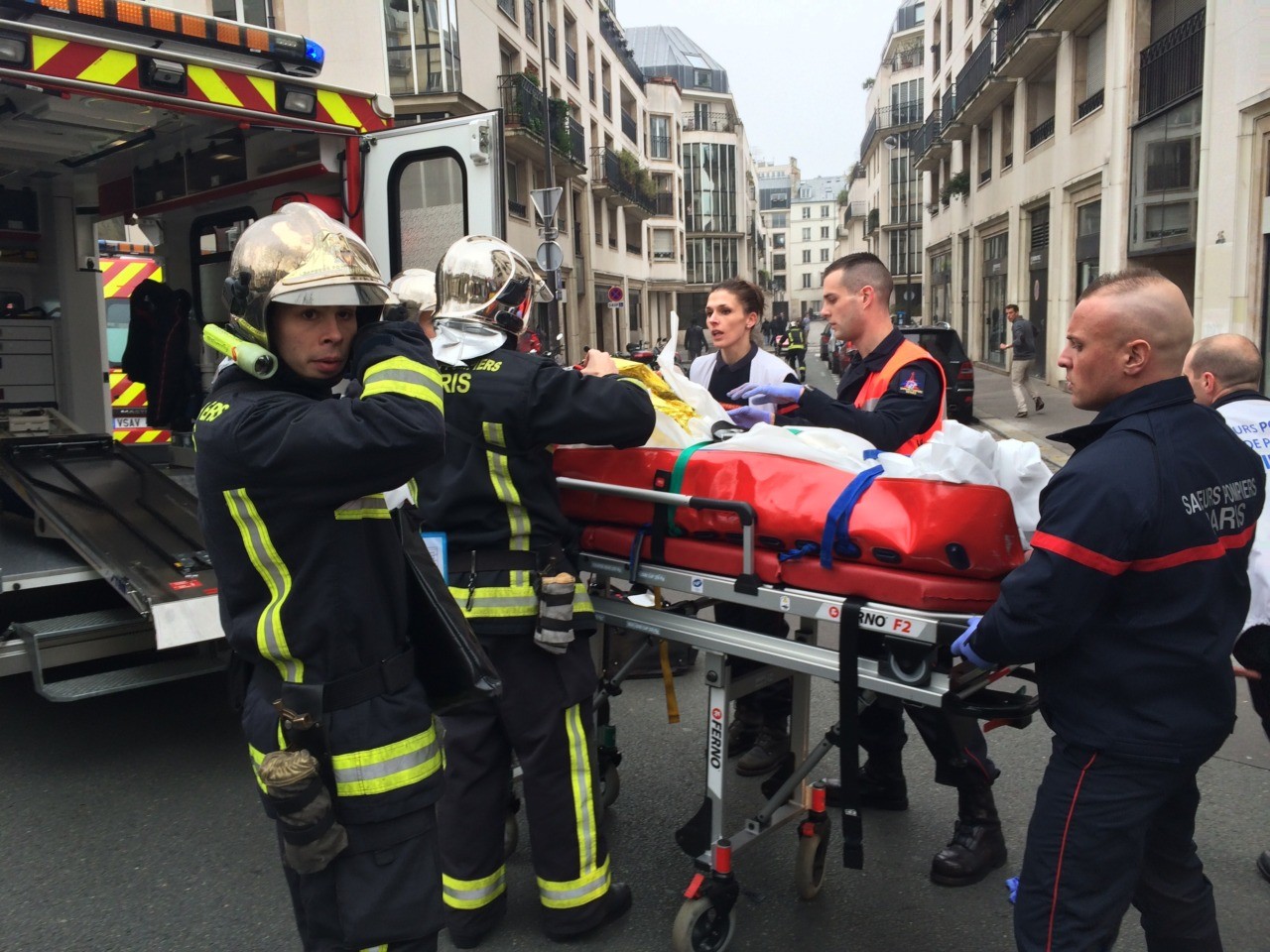 Firefighters carry an injured man on a stretcher in front of the offices of the French satirical newspaper Charlie Hebdo in Paris on January 7th, 2015, (Photo credit Philippe Dupeyrat/AFP/Getty Images)