The victims of two terror attacks on British soil that took place on May 22nd in 2013 and 2017 have been remembered, and with a Church service in honouring first responders to the Manchester bombing, while the nation’s terror threat level remains at severe.

Fusilier Lee Rigby, an army drummer and machine gunner was run over with a car, and then murdered in an attempted beheading on May 22nd 2013 by radical Islamist converts Michael Adebolajo and Michael Adebowale as he walked near his barracks in Woolwich, London. The attack was the first of its kind in the United Kingdom which uses an automobile as a ramming weapon, followed up by a dismounted knife rampage which has become all too familiar both in Britain and in Europe.

On the same day in 2017, Libyan origin radical Muslim bomber Salman Ramadan Abedi killed 22 people and injured a further 800 with a suicide bomb attack at the Manchester Arena venue. The Islamist detonated the bomb as concert-goers were leaving after an Ariana Grande concert, and the blast killed several children who had attended the event, and parents who had come to pick them up. 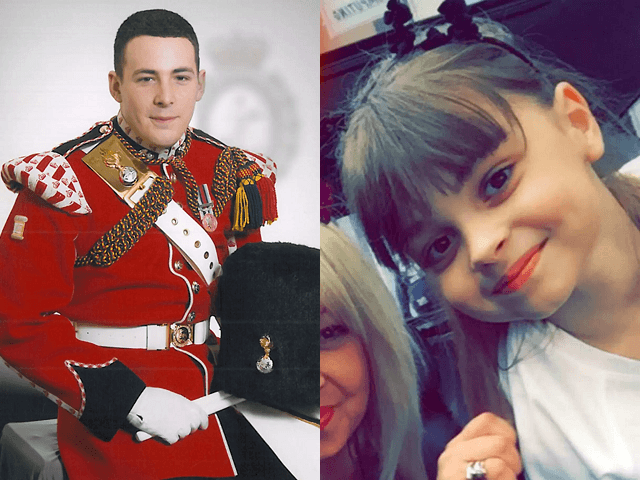 The youngest victim of Abedi was eight-year-old Saffie Roussos.

Lee Rigby’s mother released a statement through the charity established to honour his memory Wednesday, in which she said: “Its exactly six years since Lee was murdered and it never gets any easier. The more time passes, the more we miss him because it’s been so long since we last heard his laughter, saw his smiling face or felt his arms wrapped around us… Its also a horrendous time for all the families who lost loved ones at the Manchester Arena bombing two years ago.”

The terrorists were given life sentences in 2014. As Breitbart London reported this year, Michael Adebowale has since requested a transfer to a Nigerian prison as part of a prisoner swap deal, which was claimed to be an easier place to spend time behind bars as he is seen as a target for other inmates who are angry at his actions.

In Manchester, Korean pop band Blackpink played a concert commemorating the attack and a private church service was held for the families of victims and first responders who had been first on the scene after the attack, the BBC reports. 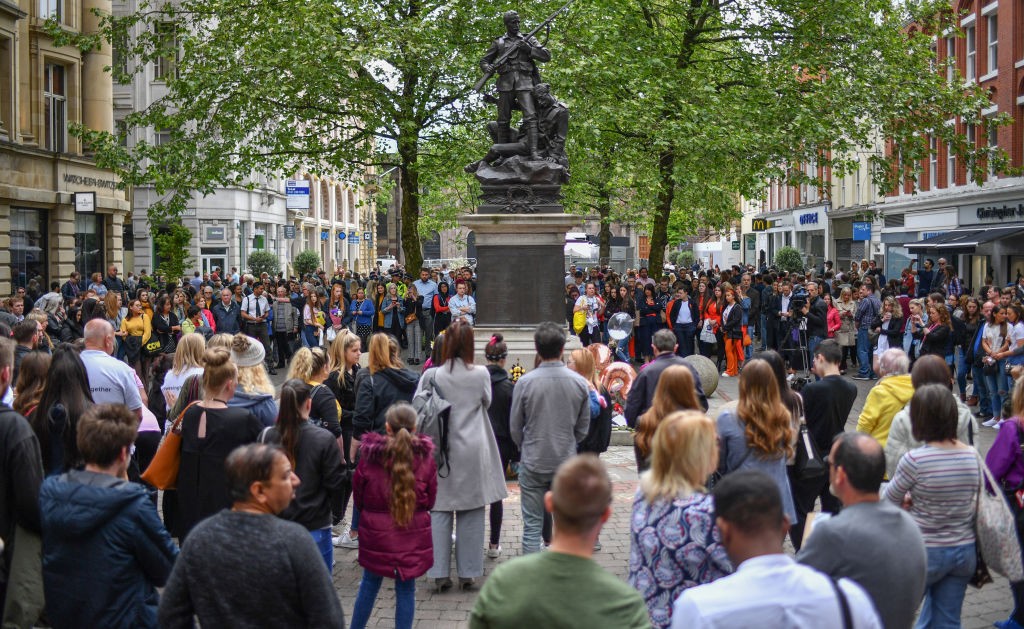 MANCHESTER, ENGLAND – MAY 22: A two minute silence is observed in memory of the victims of the Manchester Bombing in Saint Anne’s Square on May 22, 2019 in Manchester, England. The suicide bomb attack took place following a concert at Manchester Arena by US singer Ariana Grande and claimed the lives of 22 people. (Photo by Anthony Devlin/Getty Images)