While European leaders rebuff UK Prime Minister Boris Johnson’s attempts to achieve a last-minute Brexit deal, the French government now expects the United Kingdom to depart the European Union without any deal at all on October 31st.

Several sources including Bloomberg cited an unnamed French diplomat who said Wednesday that the position of his government was that Britain is now expected to leave the European Union without a deal, calling that the “central scenario” for which they are planning.

Boris Johnson wants to scrap part of the withdrawal agreement given to former Prime Minister Theresa May by Brussels, but France does not believe it is possible to have any deal without it, making a no-deal exit the only route forward.

The United Kingdom has been in this position before, when a Brexit deal had failed to be signed before the March 2019 withdrawal date mandated by British law. Instead of honouring the promise made to the British people in parliament over 100 times by taking the country out of Europe on that day, Theresa May decided to delay Brexit instead. 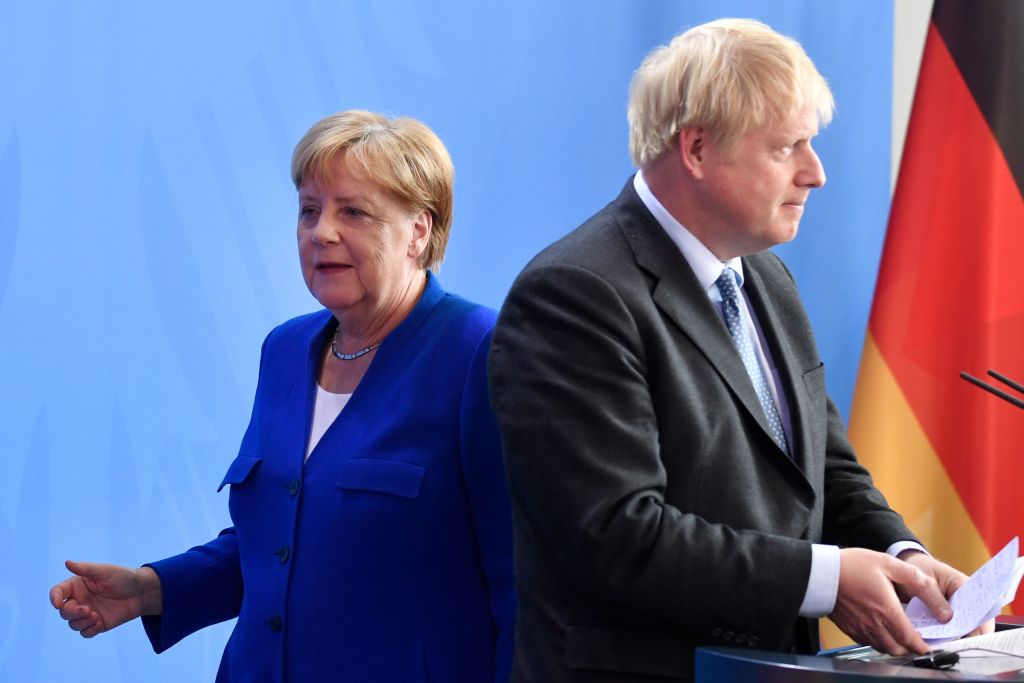 German Chancellor Angela Merkel and British Prime Minister Boris Johnson leave after speaking to journalists at the Chancellery on August 21, 2019 in Berlin. – Johnson visits Berlin to kick off a marathon of tense talks with key European and international leaders as the threat of a chaotic no-deal Brexit looms. (Photo by John MACDOUGALL / AFP)

While Boris Johnson has vowed to take Britain out “do or die” on October 31st, making a no-deal Brexit more likely, it is also possible he could go back on his word, as his predecessor had done. While it is hated by most of Britain’s Parliament and European leaders, No-deal is the preferred outcome of many pro-Brexit politicians including Brexit leader Nigel Farage, who fear anything less would leave the United Kingdom at the mercy of European Union regulations.

Speaking in a joint press conference in Berlin Wednesday evening, Britain’s Boris Johnson and Germany’s Angela Merkel also touched on the matter of no deal. While both talked up the importance to them of striking a deal, Chancellor Merkel remained cautious on the possibility of being able to produce the changes to the Irish backstop to make the deal acceptable to Britain and talked up her nation’s preparedness for no deal.

Making a rare reference to a free trade deal that could be made between the UK and the EU post Brexit — such discussions appear to have been discouraged as a means to discourage a new deal Brexit — The Chancellor said: “we are prepared for a no deal, should it happen, we are ready for it… we would then try our utmost in the period after that to negotiate a free trade agreement, that is the EU’s offer.”

Boris Johnson for his part repeated criticism of the present Brexit deal that would see the United Kingdom locked into European rules without any ability to control them.