The team around Boris Johnson already considers the general election campaign underway despite Wednesday’s failure to pass a motion enabling the vote, with the government expected to try again on Monday.

Traditionally in the United Kingdom, the government could call a general election at will, but a law introduced by the Cameron-Clegg government in 2011 changed that arrangement, requiring a two-thirds majority in Parliament to bring an election. With polling showing many anti-Brexit members of Parliament are likely to lose their seats when that vote comes, it is perhaps unsurprising the motion failed on Wednesday.

Now the government will bring the vote for a second time on Monday, top Brexiteer Jacob Rees-Mogg announced Thursday. It is not presently clear what the prime minister will be able to change in terms of voting numbers in four days, given he was over 100 votes short on Wednesday night. 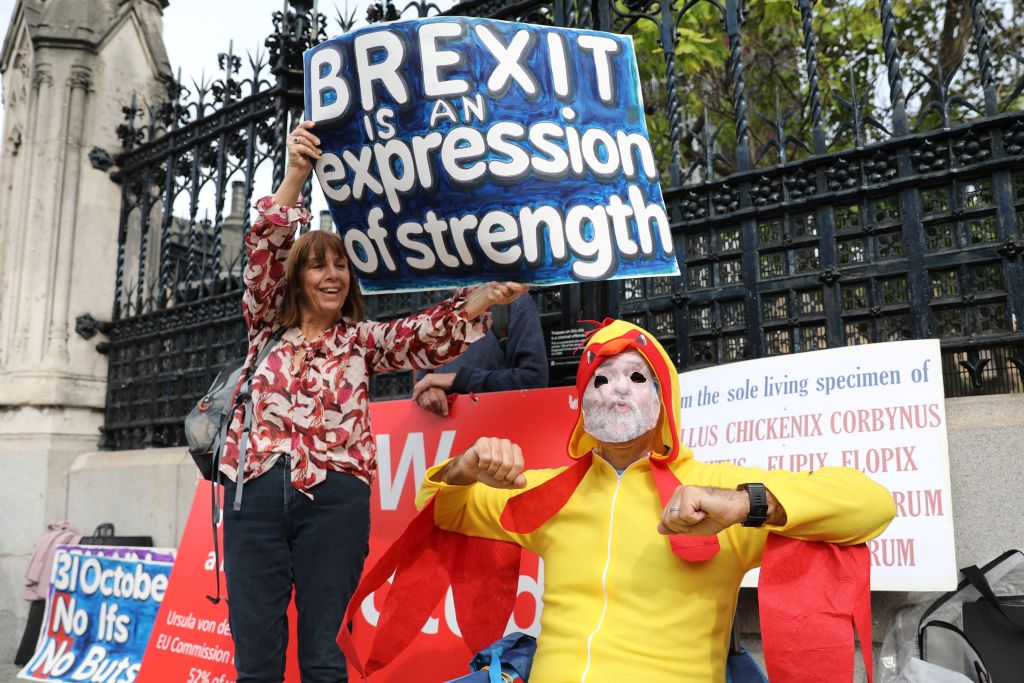 Labour leader Jeremy Corbyn whipped his MPs to abstain on the vote for a snap election, an incongruous position given his long-standing demands for the country to hold fresh elections, claiming he would not back an election while a full no-deal Brexit was still a possibility.

The Labour leader has made the call for an election near-daily for nearly two years; indeed, a quick search of Mr Corbyn’s official Twitter account — managed on his behalf by staffers and sharing his main talking points daily — shows hundreds of messages calling for an election. As recently as Monday, Mr Corbyn wrote: “We are ready for a General Election, which will be a once in a generation chance for a real change of direction for our country.”

Indeed, British newspaper the Daily Telegraph confirmed claims made by the prime minister that Mr Corbyn has become the first opposition leader in British history to block a general election.

With his conditions for supporting an election, Mr Corbyn has attempted to lay a trap for the government. If Mr Johnson accepted the Labour leader’s demands of blocking Brexit before the vote, he would enter a general election without his greatest electoral trump card — the promise to deliver a Brexit “do or die” by the end of October.

While a good result at the ballot box and a majority in Parliament for Mr Johnson would leave him capable of simply repealing the anti-Brexit legislation presently being pushed through the House, having agreed to it passing at all would give Nigel Farage’s Brexit Party all the ammunition they need.

Mr Farage for his part has offered Boris Johnson a lifeline for a snap election, suggesting a “non-aggression pact”, but only on the condition he agrees to deliver a full Brexit of the kind being outlawed by Parliament. If Mr Johnson went to the ballot box with the anti-Brexit law in place, Mr Farage would likely stand against his candidates against Johnson’s in every seat, likely splitting the pro-Brexit vote.

If an alliance could be agreed, however, with the Brexit Party focussing on northern seats and the Conservatives the south, the two parties would be “unstoppable”, Mr Farage has said. In his pitch to the prime minister of support, the Brexit leader said: “…at some point, he’s going to need to [talk to me]… because he’s made this decision that he has to deliver Brexit, he’s sacked 21 of his MPs who are essentially Remainers. He cannot win an election, whenever it comes, if the Brexit Party stands against him.”

Should the election take place, the Johnson has said he would want it before the 17th of October, the European Council summit that he — or someone else, should he lose the election — will attend as prime minister. The meeting will realistically be the last significant chance the government has to secure a Brexit deal before the legal withdrawal date of October 31st.

‘We’d Be Unstoppable’: Farage Calls for Pact with Tories, Vows to Destroy Labour in the North https://t.co/YMDEiWdBZw