Hong Kong protesters gathered on the streets of London to stand in solidarity with their friends and relatives back home and to condemn the violence perpetrated by the Hong Kong police and the Chinese Communist Party (CCP).

In the continuing struggle for democracy and freedom, #StandWithHongKong protesters marched through London on Saturday. The protesters gathered outside Downing Street to present a letter to the UK government, pleading for help against the Chinese Communist Party, while holding signs calling for the ‘Five Demands‘ to be met and signs depicting the violence committed by the Hong Kong police.

Undaunted by the recent escalation of violence at Polytechnic University, one elderly woman, speaking to Breitbart London, said: “There is a saying: pessimism of the intellect but optimism of the spirit. This is what we are counting on now… Have Hong Kong people backed down? No, we have not backed down, we are not giving up, we are going to go down fighting.” 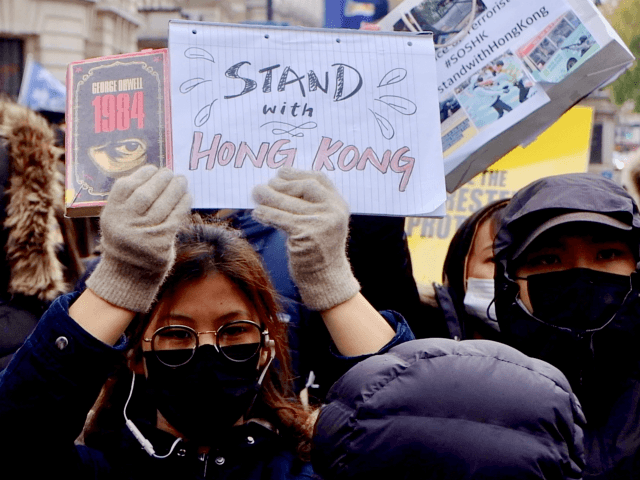 #standwithHongKong protesters marching in London on Saturday, November 23rd, 2019. Protesters marched in solidarity with their friends and relatives back home and to condemn the violence perpetrated by the Hong Kong police and the Chinese Communist Party (CCP). Image credit: Kurt Zindulka/Breitbart News

She continued to outline the allegations of sexual assault being committed against protesters by police, saying: “They are being gang-raped, sodomy has been committed against them. When people are being arrested, the police will whisper in their ear: ‘That will be really fun if we have sodomy with you.’, They’re actually saying that to young men. Can you imagine what type of police that is? I’m not exaggerating when I say that they are treating Hong Kong people worse than the Nazis.”

She also pointed to the case of Simon Cheng, a former employee of the British Consulate in Hong Kong, who alleged that the Chinese Communist Party tortured him after being abducted by Mainland police at a train station in Hong Kong over the summer.

“Simon Cheng was not a protester. He was an employee of the British Consulate. Can you imagine if Simon Cheng could be tortured like that… How do you think the Hong Kong protesters will be treated like? They will be tortured within an inch of their life,” she said. 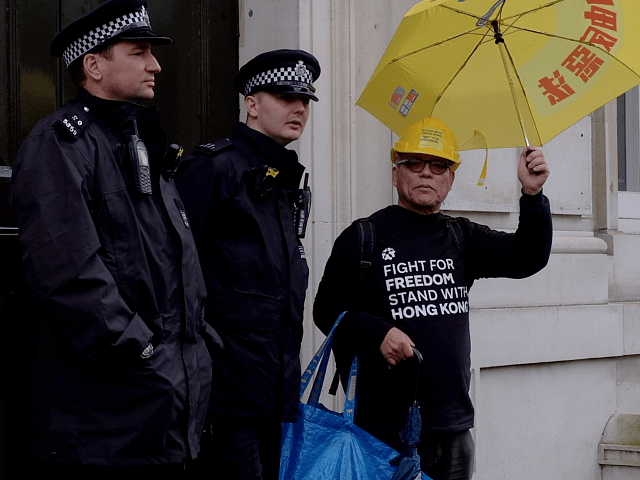 A former member of the Hong Kong police condemned the violence committed by the police, telling Breitbart London: “This is contrary to my training and my western values. I would never use my baton or tear gas in such a way, and when people are vulnerable, when they have been arrested, we should not torture them. Their comfort and safety actually is our duty.”

One speaker outside Downing Street echoed the battle cry of the American founding father Patrick Henry, saying: “Give me liberty or give me death. We fight for our belief, and we fight for freedom. We believe in freedom of speech and equality, in a society where our voices matter, where our votes matter and the Hong Kong government will be accountable for the atrocities committed against its people.”

The protests in Hong Kong against the authoritarian rule of the Chinese Communist Party have entered their 24th week.